“Why everybody has to call him ‘Chinna Thala’? ,” a friend, who is a legit Chennai Super Kings fan, asked me when we were discussing about Suresh Raina. While it was understandable that fans call him that fondly, she felt that Raina is more than just ‘Chinna Thala’. One can’t argue that point unless the […]
By Gomesh Shanmugavelayutham Fri, 10 Apr 2020 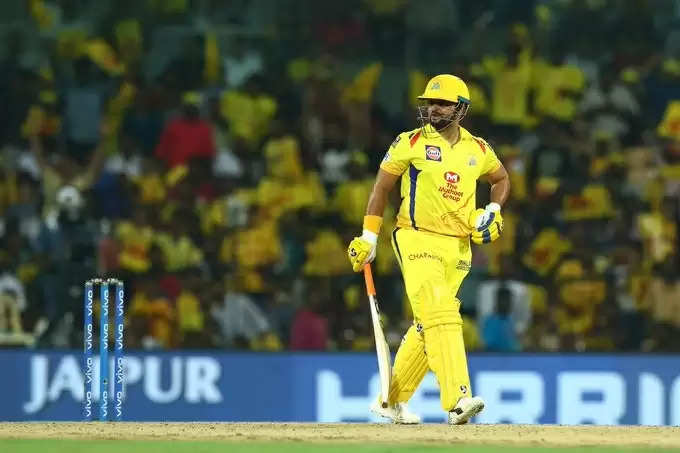 “Why everybody has to call him ‘Chinna Thala’? ,” a friend, who is a legit Chennai Super Kings fan, asked me when we were discussing about Suresh Raina. While it was understandable that fans call him that fondly, she felt that Raina is more than just ‘Chinna Thala’.

One can’t argue that point unless the facts are ignored. MS Dhoni is the face of CSK, and without him, the legacy of the franchise cannot be imagined. However, the role of Raina in scripting the legacy of the Chennai Super Kings is no less. If Dhoni is the captain of the ship, Raina is the anchor that holds it steady during calamities. Make no mistake. I am not trying to belittle Dhoni or create any animosity between the two of the best mates in Indian cricket. I am just trying to make a case that Raina deserves much more recognition than what he has got for his performances in the Indian Premier League.

Raina is the most capped player in the IPL. In 12 seasons, he has played 193 matches, three more than his captain. Of the 165 matches CSK played, Raina has missed only one game. He has been their talisman in every sense. While the openers and Dhoni got the limelight on most occasions with run aggregates and last over finishes, Raina quietly remained the most consistent performer. He was like the best friend, who’s always there and covered your back whenever required.

In the history of IPL, Raina’s run aggregate was less than 400 only twice. The southpaw was the leading runscorer in the league until last year before Virat Kohli overtook him by 44 runs. For the first ten years, Raina featured in the top ten runscorers nine times. To put it into perspective, Virat Kohli and Chris Gayle did it only four times, Rohit Sharma six times. This stat is a standalone proof to establish Raina’s profound consistency.

If consistently performing is one thing, doing that under pressure, in crucial matches, is another. Raina has been the go-to guy, who took the onus on himself to perform on important matches for his franchise. There are many occasions where he has bailed the team out of trouble. Raina played a significant role in the semi-finals in 2009, Qualifier One in 2011 and 2013, finals in 2012, Eliminator in 2014 etc. In victorious knockouts and play-off matches, he averages 42.3.

Raina thrived under pressure even as a junior player the team. He was the leading scorer in the semifinals of the first edition against Kings XI Punjab with a half-century. The then 22-year-old youngster followed it up with a 43 in the final, which they lost to Rajasthan Royals. Two years later, Raina was there for CSK, in the finals yet again. This time, however, he stayed till the end and made sure his team got to a par total. He was the player of the match in their first victorious campaign.

A couple of years later, Raina was at it again. It was against the same team in the Eliminator, at the Brabourne Stadium, Mumbai. Chasing an above-par total of 174, Raina made an unbeaten 54 to make sure that his team crossed the line. What followed it was one of the greatest innings in the history of IPL. CSK was playing against KXIP in the Wankhede Stadium, Mumbai. KXIP was on a roll that season under the captaincy of George Bailey. Virender Sehwag made a century, and with the help of late berserk from their captain, KXIP made a mammoth 226. Chasing that total would be an IPL record. Chennai was off to the worst possible start. They were reeling at 1-1 when Raina walked in. The next 34 balls were sheer madness.

Raina put up a brilliant show of his stroke-making. The left-hander took on Mitchell Johnson, one of the fastest bowlers going around then, for 16 runs in an over. He bulldozed the medium pacers Parvinder Awana and Sandeep Sharma for 33 and 18 runs in an over respectively. Raina made full use of the fielding restrictions by picking gaps and lofting over the infield. By the end of the sixth over, Raina had faced 25 balls and made 87 runs. The team score was 100 in six overs. Yes. You read it right. It was one of a kind innings. A feat that doesn’t happen often. The very next ball, Raina was run-out, and from there it was all downhill for the Chennai Super Kings. It is the best innings in a lost match in the entire IPL.

Also Read: 5 Rajasthan Royals (RR) Players to watch out for in IPL 2020

That day, Raina showed us what was possible if a team tries to go all guns blazing. It was one of the many such occasions where he showed the way for his team and set it up for Dhoni and others to finish the match. Raina is the Hawkeye of the Chennai Super Kings. He had an integral role to play in taking the franchise to the knockouts nine times. Though he could have been more, Raina has remained an excellent deputy for Dhoni. It added up to the value of the IPL.

If an all-time IPL XI was made, any team without Raina cannot be deemed as a genuine one. At least, not until the next decade or so. While the Chennai fans continue to call him ‘Chinna Thala’, Raina is well and truly bigger than that. He was and is to a larger extent the Mr IPL of the Indian Premier League.