Ishan Kishan, who seemed to be the batter facing Arjun Tendulkar, saw his stumps flying after the yorker.
By Ramasubramanian H Thu, 21 Apr 2022 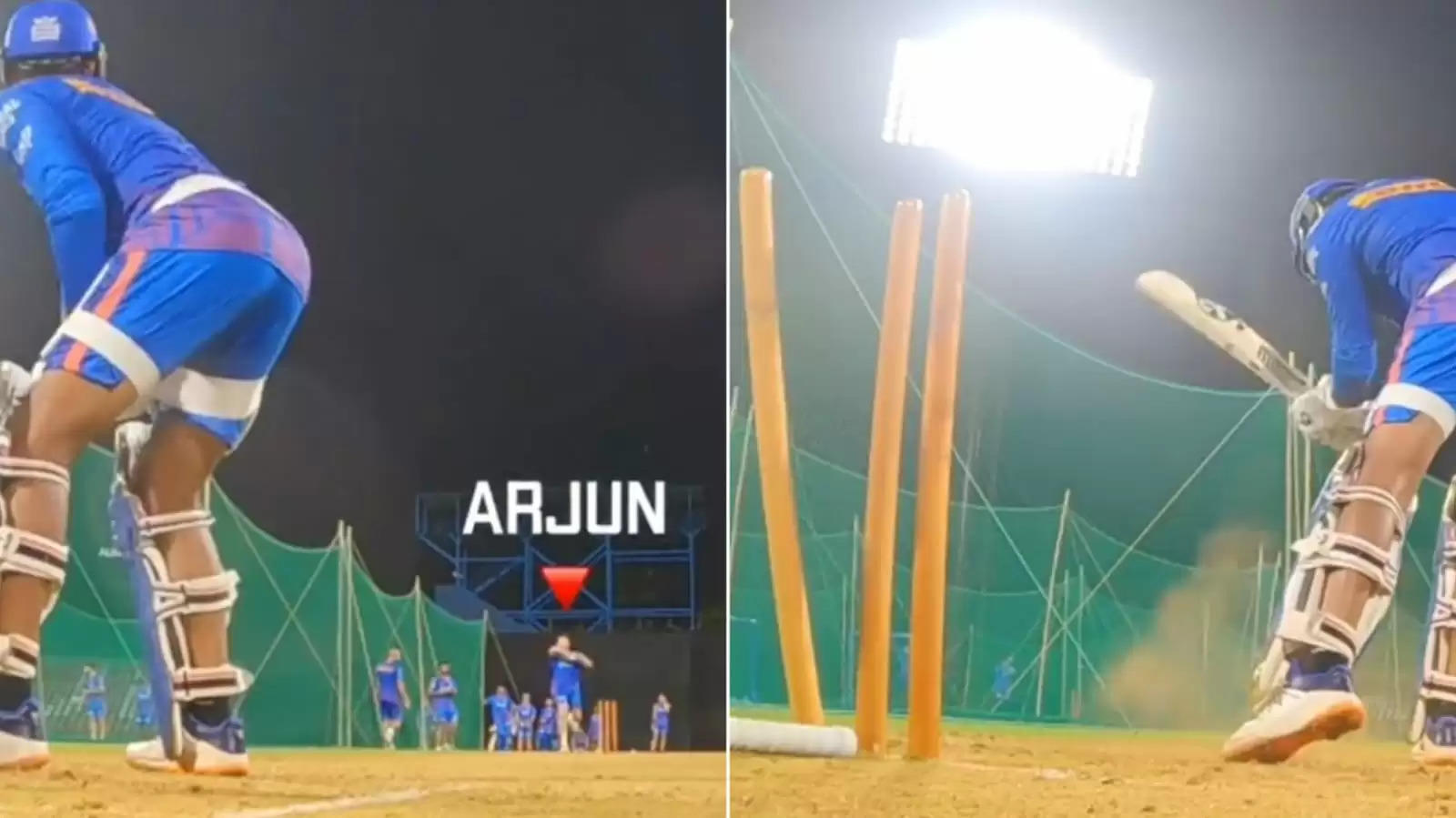 Arjun Tendulkar's fast bowling ability has come to light courtesy of a beautiful yorker to his own teammate.

Arjun Tendulkar, the son of the star Indian Cricketer Sachin Ramesh Tendulkar has been with the Mumbai Indians unit since 2021 when he was bought for his base price. However, the talented all-rounder didn’t get to play a single game in the previous season where the then defending champions failed to qualify for the playoffs.

Many neutral and Mumbai fans were hoping to see Arjun Tendulkar in action from the very first game of the 2022 TATA IPL but this year too hasn't seen any changes as Arjun is still benched and hasn’t played a single game. This confused many fans and people around the world as Arjun can be an ideal fit into the playing XI for the already struggling Mumbai Indians who have lost all of their 6 games and are at the bottom of the points table.

MI may very well pick Arjun for their next as they have shared a video on their Instagram and Twitter handle where he was seen bowling a beautiful yorker to dismiss his teammate.


This has given some sort of hope and confidence to the Mumbai Indians’ fans as Arjun can clearly come to in the equation. He also hasn’t got a chance to prove his talent on a bigger stage and the IPL is the perfect place for the young 22 year-old lad to showcase his all round abilities