It happened when Rajasthan Royals were batting in the 47th match of the Indian Premier League.
By CX Writer Tue, 3 May 2022 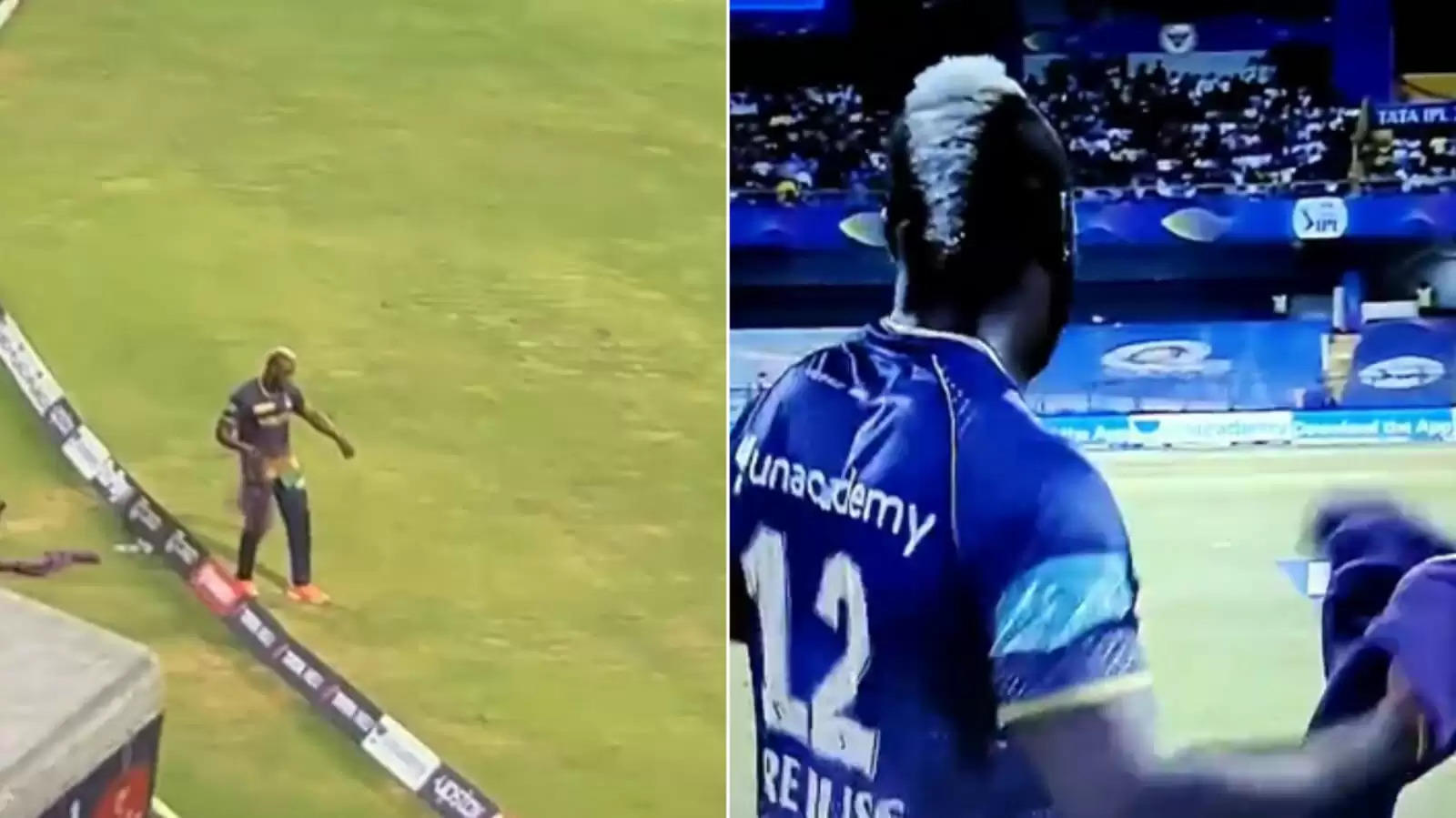 "Oh, these players from the Caribbean, even if they are not hammering sixes and taking wickets, they celebrate with their dance moves," Harsha Bhogle said while on air.

Kolkata Knight Riders (KKR) locked horns with Rajasthan Royals (RR) in the 47th match of the Indian Premier League (IPL) on Monday (May 2). The game was played at the Wankhede Stadium in Mumbai which was won by KKR by seven wickets chasing down 153 runs in the final over of the innings.

The match was filled with its own drama thanks to the debatable wide calls from the umpire in the second innings. While the first innings went on without much hiccups, KKR all-rounder Andre Russell managed to entertain the fans with his dance moves.

In between overs and balls, the DJ in the stadium tends to play songs and Russell was seen tapping his feet over popular Bollywood number ‘Aata Majhi Satakli’. He had a towel in his stand while fielding at the boundary line just in front of the KKR dugout and suddenly started dancing that entertained the fans.

Harsha Bhogle was the commentator on air and even he was amazed to see him the Caribbean all-rounder dance in the middle. “Oh, these players from the Caribbean, even if they are not hammering sixes and taking wickets, they celebrate with their dance moves,” he said.

As for the match, Andre Russell didn’t have much to do as he surprisingly didn’t bowl at all. He wasn’t required with the bat as well with Rinku Singh and Nitish Rana finishing off the proceedings in the chase that got tricky at one stage. The duo joined hands when KKR still needed 61 deliveries in around seven overs and Shreyas Iyer had just got out.

But Rinku showed amazing composure in pressure situations and played some exquisite strokes. He scored unbeaten 42 runs off just 23 balls with six fours and a six to his name and helped KKR to arrest their five-match losing streak. Even Rana played a good hand to stay in the middle till the end scoring 48 runs off 37 deliveries making sure he supported his partner well in the chase.

With this win, KKR registered their fourth win of the season while the Royals slipped to their second consecutive loss.