Ben Stokes reacted in shock and disbelief over the viral clip of a surprising decision in the County Championship.
By Kashish Chadha Sun, 24 Apr 2022 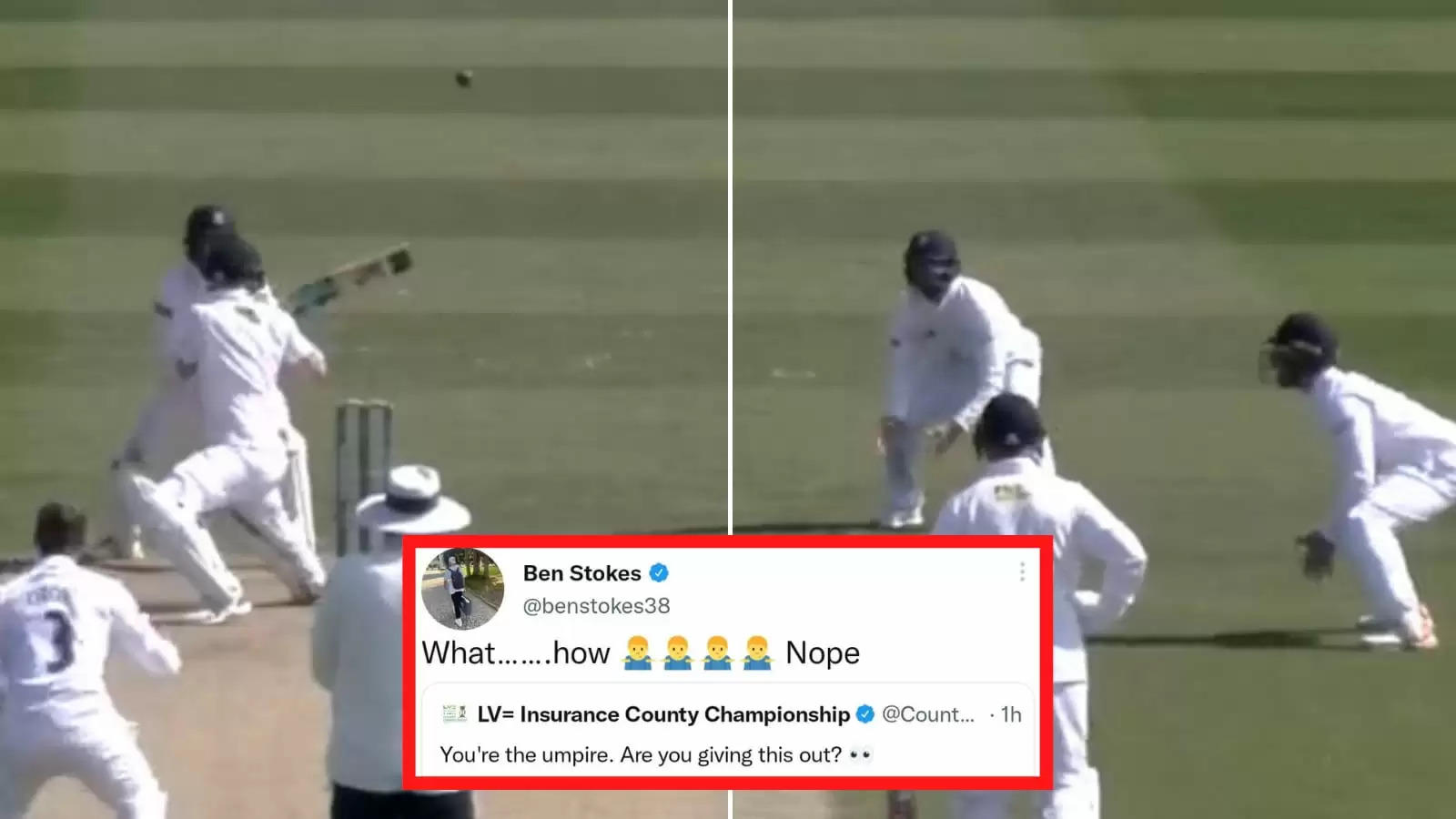 Big names such as Ben Stokes, Liam Livingstone have reacted to the umpiring shocker in the Division 1 county game in Canturbery.

Prominent names in English cricket, including likely Test captaincy successor Ben Stokes, are reacting in shock over a debatable decision by an umpire in the County Championship on Sunday (April 24). The dismissal relates to a Division 1 game between Hampshire and Kent.

The English cricket fraternity is in disbelief over the decision given against Kent batter Jordan Cox on the final afternoon of the fixture played at the St Lawrence Ground in Canterbury. Cox was given out caught by the short leg after planting his foot across the off-stump and tucking his bat behind the back.

While the umpire gave his decision believing that the ball made contact with the bat after hitting the batter's back on its way to the short-leg's hands, there was a huge element of doubt involved with Cox seemingly getting a rough deal out there. This got the likes of Ben Stokes, Liam Livingstone reacting in disbelief over the on-field call.

The dismissal came to light on Day 4 of Hampshire's innings victory over Kent. Trying to overhaul a first-innings lead of 345 by the opposition, Kent's last hopes rested on the shoulder of Cox and his stand with Darren Stevens. Batting on 64 off 182 at the time, the batter was setting his eyes for a potentially match-saving hundred.

However, he was denied that by a heavily doubtful call from the on-field umpire, who considered him out caught by short-leg fielder Joe Weatherley even as the right-hander got his bat tucked behind his back while taking a stride outside the off-stump against Felix Organ.

Trying to simply let the ball go, Cox was perhaps unfortunate to be done in by an illusion in the umpire's mind. The standing official felt the ball made contact with the bat after hitting his back, before falling into the hands of the close-in fielder.

You're the umpire. Are you giving this out? 👀#LVCountyChamp pic.twitter.com/ec4fwFJOAS

The incident got fans and few big names in English cricket reacting. Premier England allrounder Ben Stokes was in absolute shock and disbelief over the decision, and reacted accordingly on Twitter.

Looked good to me Harry 😁

HOW IS THIS OUT? IMPACT IS OUTSIDE https://t.co/m764xabtLo

This is how Simon Harmer took 700 FC wickets. https://t.co/PtRglwJqU1


The debatable call also retriggered talks on umpiring standards in the County Championship, with some fans calling for the use of the DRS in matches for better decision-making.
From around the web
Weekly Trending