Warner was accompanied by his daughters at the stadium for the DC vs RCB game in IPL 2022.
By CX Staff Writer Sun, 17 Apr 2022 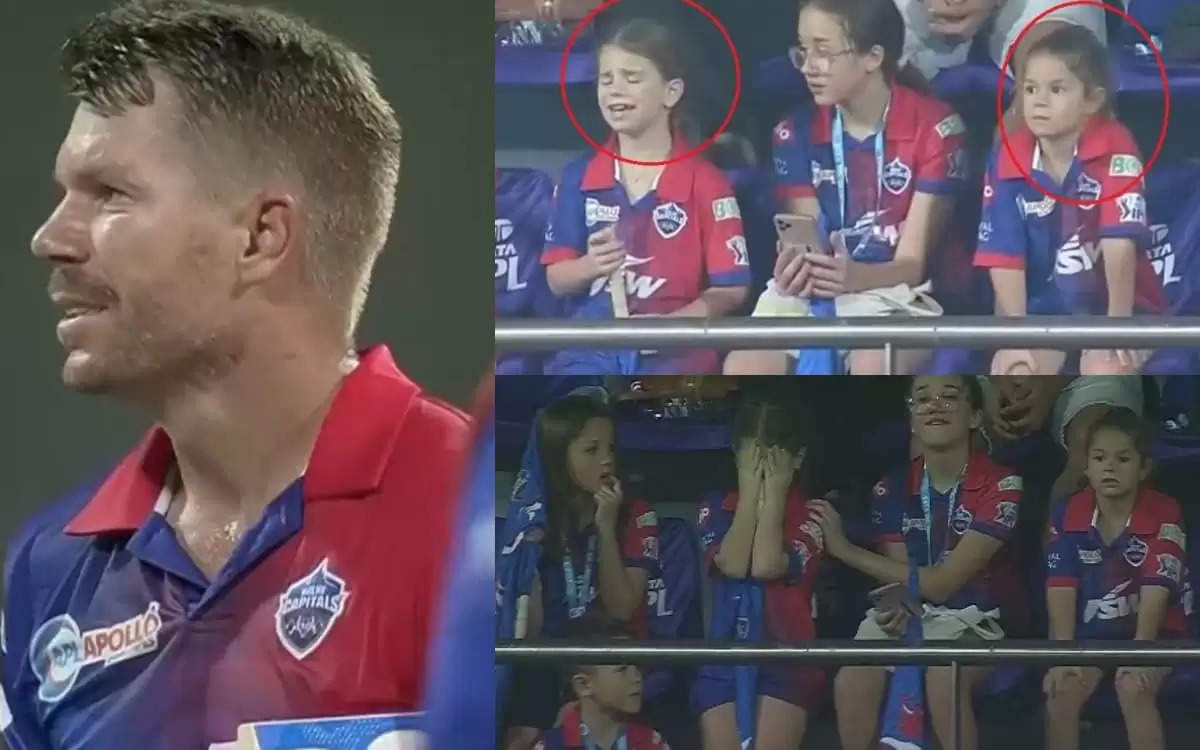 Australia cricketer David Warner is pretty close to his family. He along with his wife Candice Warner and their three daughters are more often than not trending on social media thanks to their funny antics. Warner is accompanied by his family in the ongoing 15th edition of the Indian Premier League (IPL) as well.

They were in the stands for the game between Delhi Capitals and Royal Challengers Bangalore (RCB). The Capitals were chasing a stiff target of 190 on the day to register their third win of the season and David Warner led the way for them. He played some sumptuous strokes to smash 66 runs off just 38 balls and his dismissals was a kind of turning point in the game.

In an attempt to play a reverse sweep off Wanindu Hasaranga, Warner was trapped in front of the stumps. RCB overturned the on-field decision via DRS which turned out to be a huge blow for DC in the chase.

Another adorable scene was witnessed by many when David Warner was walking back. Two out of Warner’s daughters who were present in the stands, Ivy Mae and Indi Rae were heartbroken looking at their father get out. While the video of the same has gone viral, Candice Warner also tweeted the picture of their daughters being upset upon David Warner getting out.

Here’s the video and the picture:

When daddy gets out the girls are heartbroken. @davidwarner31 🤣❤️ pic.twitter.com/EakUoJGnzx

Despite Warner’s dismissal, DC still had a chance to chase down the total with their skipper Rishabh Pant in the middle. The southpaw was hitting the ball well and had raced to 34 off just 16 balls. But the 17th delivery of his innings saw Virat Kohli taking a superhuman catch and cutting short his stint in the middle.

That was the final nail in the coffin for DC as they eventually fell 16 runs short to succumb to their third loss of the season.

Meanwhile, the fact that RCB could post 189 was all due to Dinesh Karthik who is batting like a dream this season. Coming out to bat with the team in trouble at 92/5, Karthik batted superbly to score an unbeaten 66 off 34 deliveries with five fours and as many sixes. He was supported well by Shahbaz Ahmed to propel RCB’s score.