David Warnerwas not happy with the decision at all as the ball-tracker showed the ball to be clipping the stumps.
By CX Writer Mon, 9 May 2022 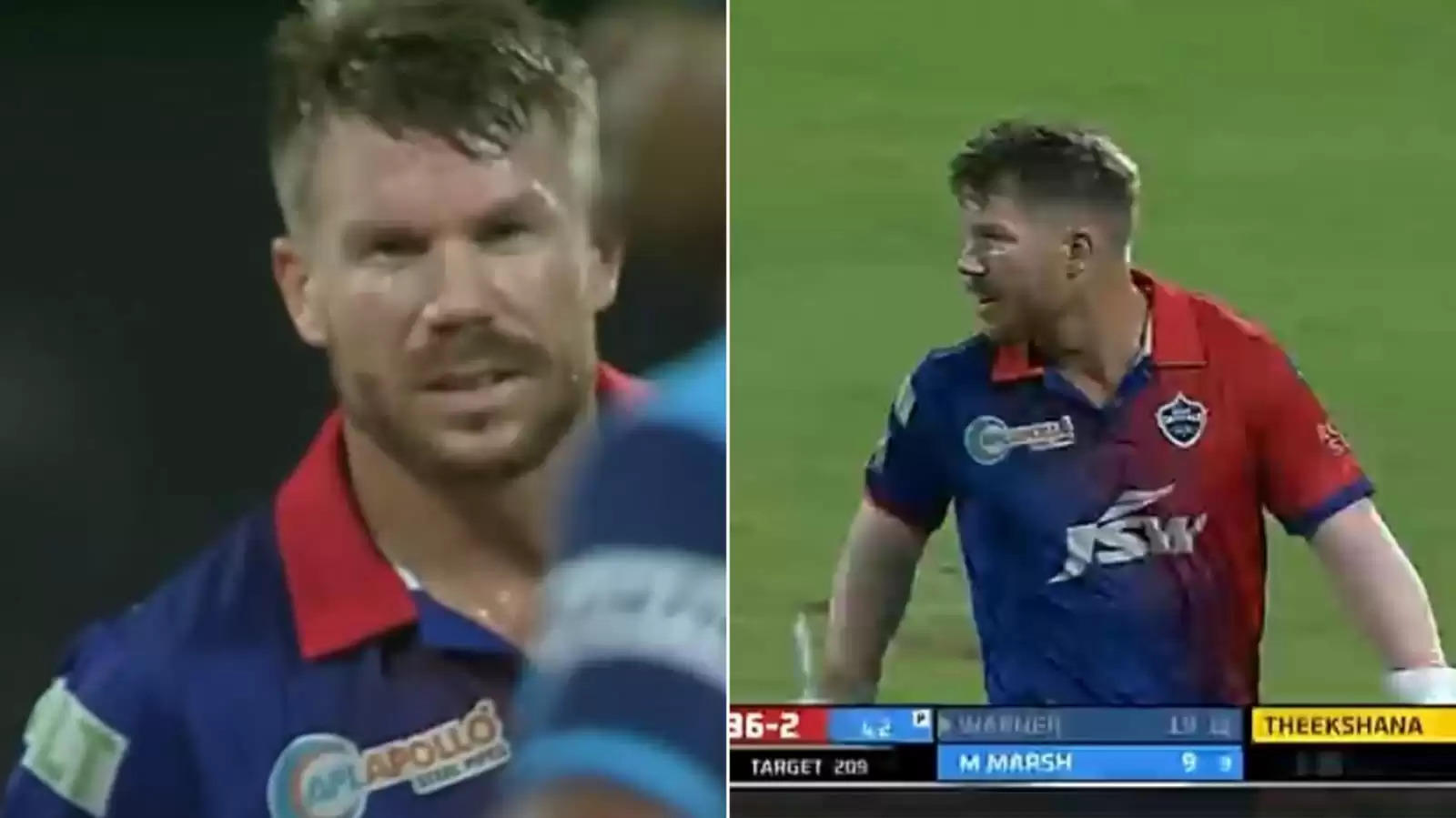 Warner scored 19 runs off 12 deliveries with a four and two sixes and looked in good touch before being adjudged lbw.

Delhi Capitals’ playoff qualification hopes were dented to a lot of extent on Sunday (May 8) after they lost to Chennai Super Kings (CSK) by a whopping margin of 91 runs in the 55th game of Indian Premier League (IPL). Chasing 209 runs to win, the DC batters didn’t put up a fight and capitulated to 117 runs in the 18th over of the innings itself.

Perhaps, things were going well for them until Mitchell Marsh got out in the 8th over of the innings. They were scoring runs at a run-rate of 10 until then but Marsh’s wicket led to a horrible collapse. Having said that, the real dent to their hopes in the chase was David Warner’s wicket who was adjudged lbw off Maheesh Theekshana in the fifth over of the innings.

The southpaw was looking in good touch and DC needed him to bat deep in order to have any chance to win the encounter. Warner had started well too racing off to 19. But the ball thudded onto his pads when he tried a reverse sweep off the mystery spinner.

Umpire Nitin Menon was quick to raise his finger when CSK appealed. But then Warner was confident of the ball missing the stumps and hence, reviewed the decision. However, the ball-tracker showed it to be clipping the stumps much to the disappointment of the batter.

The verdict came out ‘Umpire’s call’ and that left Warner bemused. To the naked eye, it looked like the ball would miss the stumps and the benefit of doubt, while making the decision, should’ve gone to the batter. But Menon thought otherwise and ‘umpire’s call’ meant that Warner had to walk back to the pavilion.

Understandable, the Australian was miffed and he gave a cold stare to Nitin Menon while walking back to the dugout. He wasn’t happy at all with the decision and the video of the same has gone viral on social media.

Here’s the video of David Warner staring at Nitin Menon:

This year's umpiring has been absolutely terrible. Must say that! @IPL pic.twitter.com/P0ORJEQJQo

For CSK, Moeen Ali was the hero with the ball returning with 3/13 in his four overs and it was him who triggered a collapse for DC. Mukesh Choudhary, Simarjeet Singh and Dwayne Bravo all took two wickets each while Theekshana didn’t breakthrough after Warner’s wicket as CSK registered the biggest victory of IPL 2022.