Watch: Faf du Plessis drops bat after being hit on his arm by fielder's throw 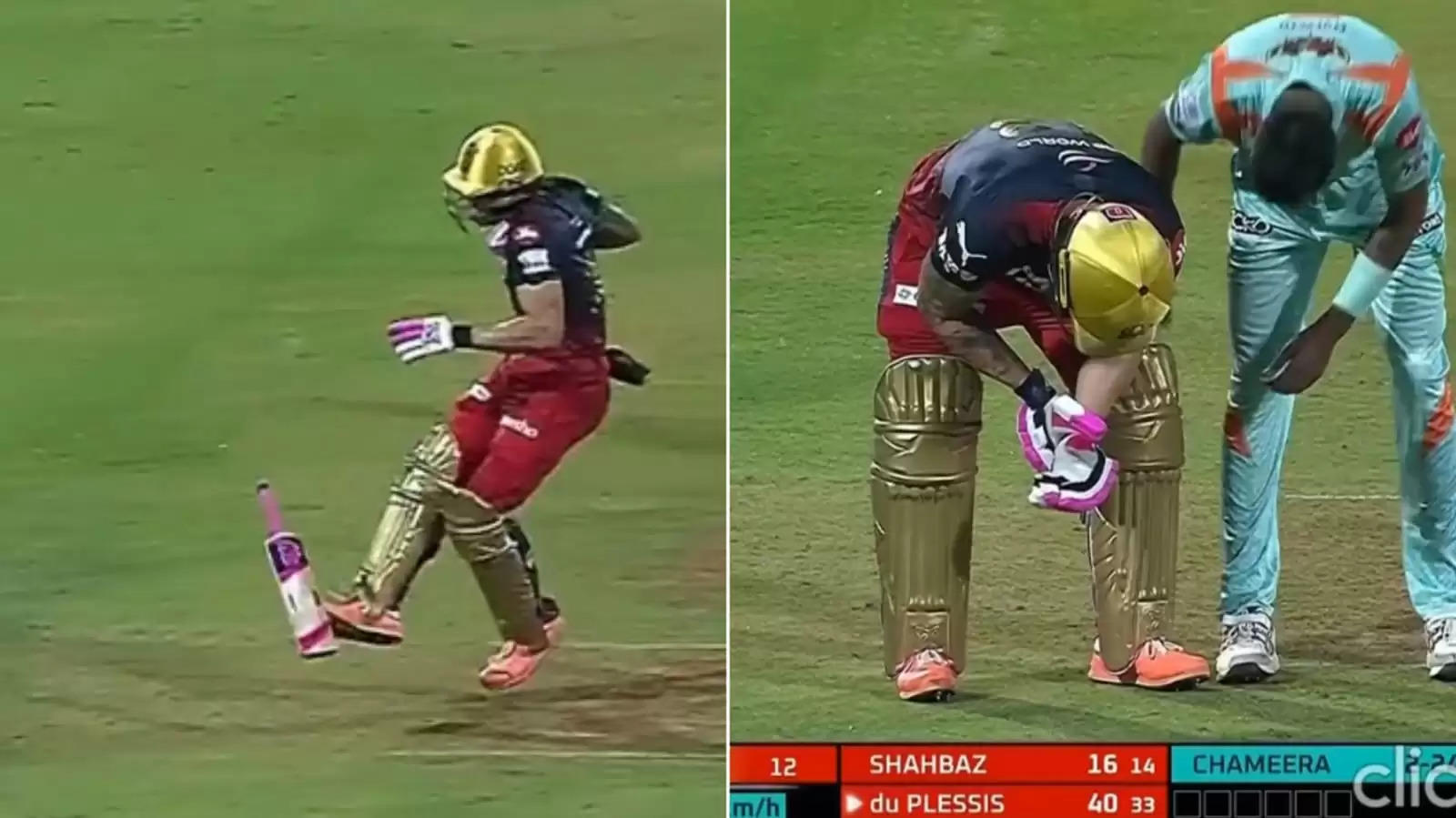 Faf du Plessis was batting on 40 when the unfortunate incident happened.

Faf du Plessis who was batting on 40 was hit on his arm by Manish Pandey as the RCB captain tried to sneak a single during the 13th over of the game between RCB and the Lucknow Super Giants.

Fortunately, it didn't result in a big injury as Du Plessis went on to continue his partnership with Shahbaz Ahmed which was helping the Bangalore team to recover from an average start they had.

WATCH: Du Plessis being hit by the ball which resulted in him losing his balance and dropping the bat completely.

RCB lost Anuj Rawat early for 4 and Virat Kohli for a golden duck with Chameera providing the breakthroughs off successive balls in the first over. Faf Du Plessis and Glenn Maxwell then joined hands and provided some much-needed runs before Maxwell departed after scoring a quickfire 26 off 11 deliveries.

Suyash Prabhudessai also failed to impress with him departing for just 10 runs. Du Plessis then got support at the opposite end from Shahbaz Ahmed with whom he added 70 runs for the 5th wicket. Shahbaz was dismissed for 26 after a misjudged runout which made RCB's score 132-5 in 15.2 overs.

However, du Plessis carried the team with his one-man show performance with him staying till the final over the innings along with Dinesh Karthik. The pair stitched a good 59-run partnership before du Plessis perished after scoring 96 runs. He tried to go for a big shot in the final over but ended up getting caught by Marcus Stoinis of the bowing of Jason Holder.