Tempers had flared between Harshal Patel and Riyan Parag at the end of RR's innings.
By CX Writer Wed, 27 Apr 2022 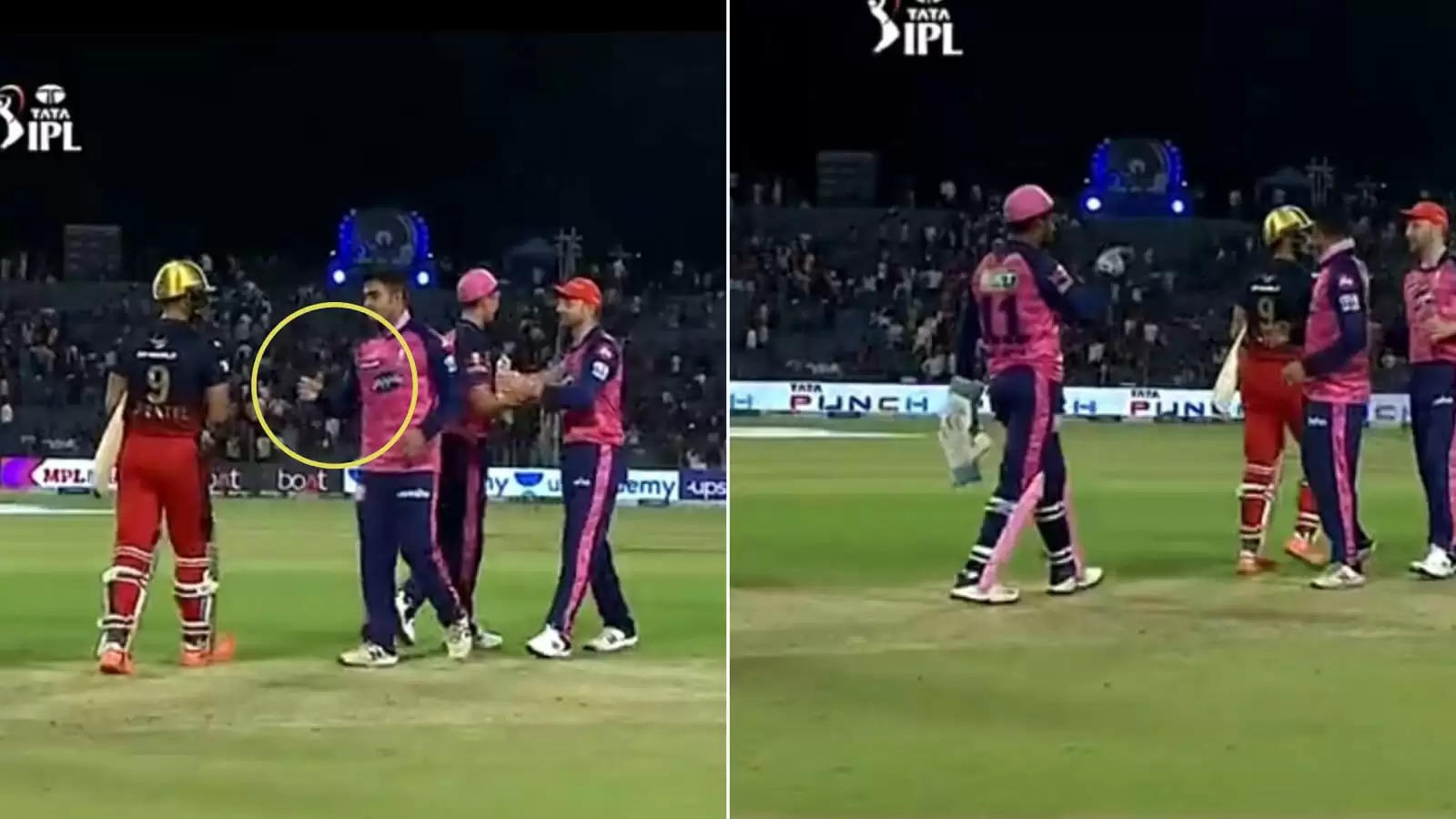 Riyan Parag was the hero for Rajasthan Royals with 56* off 31 deliveries in the game against Royal Challengers Bangalore.

Rajasthan Royals (RR) defeated Royal Challengers Bangalore (RCB) in the 39th match of the ongoing Indian Premier League (IPL) on Tuesday (April 26) to register their sixth win of the season. Riyan Parag was the main architect of their win as the youngster scored his second IPL fifty and then also took four catches showcasing his fielding prowess as well.

However, another talking point during the match was his verbal spat with RCB bowler Harshal Patel. Tempers flared between the duo at the end of RR’s innings and the two were seen having a go at each other only to be separated by the members from both sides.

While Riyan Parag seemed to have forgotten the clash, Harshal didn’t as it was evident at the end of the match. Harshal Patel was the last man to get out for RCB which sealed the game for the Royals. After the game, both teams’ players were busy with the customary handshakes.

This is when Riyan Parag also came forward to shake hands with Harshal Patel but the latter just refused to do so. He just walked past the 20-year-old without shaking the hands and it also left Parag in shock.

Coming back to Parag, it was a memorable day for him. His place in the team has been questioned umpteen times over the years and has regularly faced criticism on social media as well. But opportunity came knocking the door in this game for him and he made sure to bail Rajasthan out of trouble.

His unbeaten 56 off 31 deliveries propelled the Royals first to 144 runs on a tough pitch and then the bowlers did their job perfectly to defend the total rather comfortably. On the other hand, Harshal Patel didn’t have a great day on the field picking up only one wicket and it was his last over that had gone for 18 runs with Parag being at the centre of it.

Nobody knows what happened between the two but Harshal Patel not shaking hands was certainly not an act of sportsmanship and is facing criticism over the same.