Hrithik Shokeen surprisingly took the new ball from the other end for Mumbai Indians against Lucknow Super Giants on Sunday (April 24).
By CX Writer Mon, 25 Apr 2022 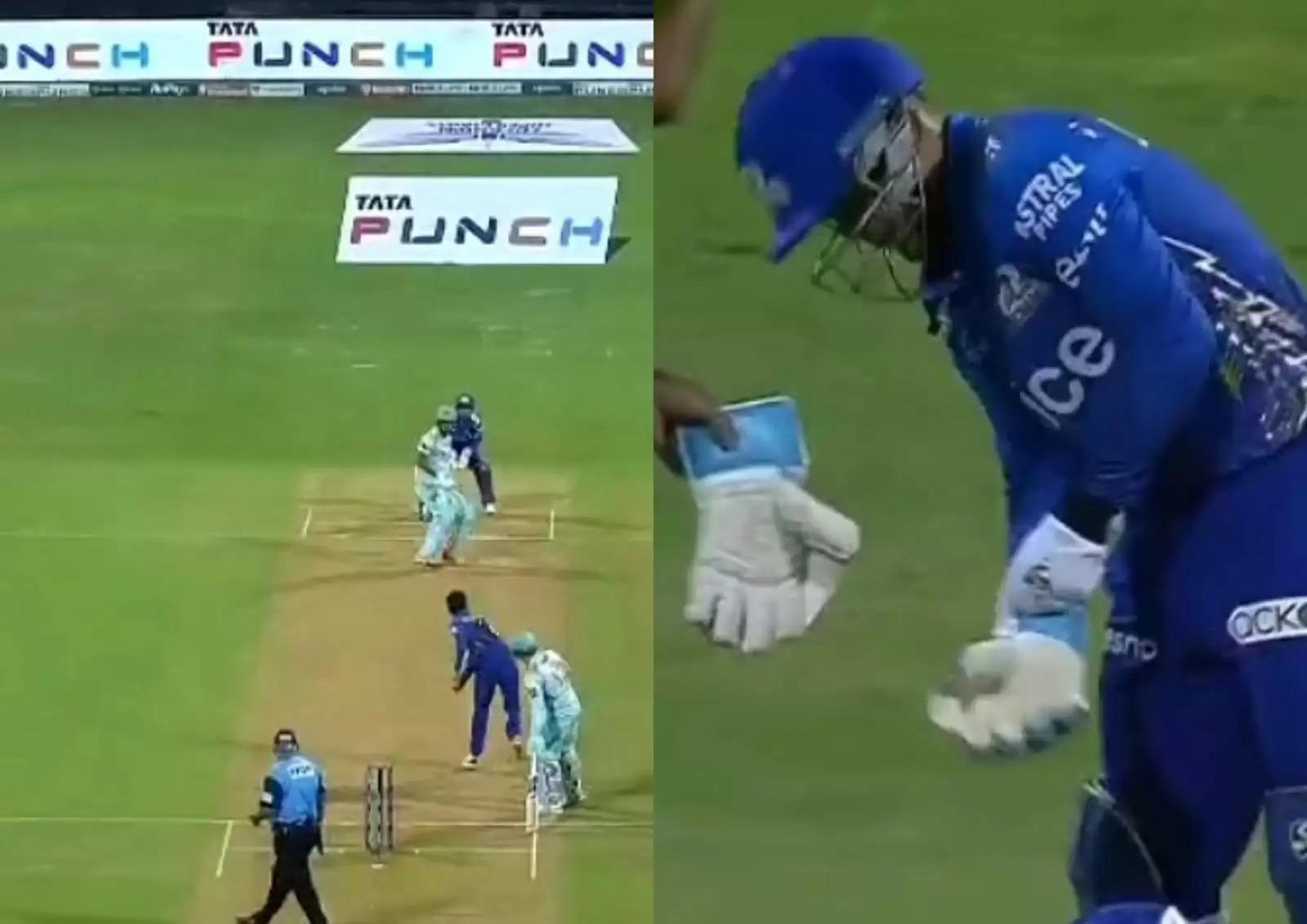 Hrithik Shokeen has done well with the ball so far in two games conceding only 34 runs in six overs.

Mumbai Indians succumbed to their eighth consecutive loss of IPL 2022 on Sunday (April 24). Lucknow Super Giants defeated them for the second time in the season courtesy of their skipper KL Rahul who smashed a brilliant century after losing the toss. Though things are going tough for MI, they have unearthed a few talents even this season.

While Tilak Varma and Dewald Brevis are the ones to hog the limelight, Hrithik Shokeen has also stood out with the bat and ball once each so far. He impressed with the bat in the game against CSK and against LSG, he was handed the new ball upfront to bowl against the likes of KL Rahul and Quinton de Kock and he fared decently.

Perhaps, he ended up showing his aggressive side to the opposition skipper as well. In his first over, Shokeen started well bowling four back to back dot balls at KL Rahul. Off the third ball of the over, the LSG captain came down the track but almost yorked himself. He could only hit the ball back to the bowler.

Watch: 'Some things you do only after game' - Krunal Pandya kisses Kieron Pollard after dismissing him

Shokeen was quick to field the ball and sensing a run-out chance, he threw the ball back at Rahul. Ishan Kishan collected the ball only to hurt his fingers in the process. It was a fiery throw from Shokeen as he looked to outsmart Rahul. Nevertheless, it was a good effort overall from the youngster as he conceded only 11 runs in his two overs he bowled upfront with the new ball.

Shokeen unfortunately, didn’t get to bat as he was surprisingly sent at number nine. He could only watch the last three balls of the innings unfold at the non-striker’s end as MI could muster only 132 runs in their 20 overs in the chase of 169 runs.

MI once again changed the batting order. They had sent Shokeen to bat at six in the game against CSK and the youngster had done well on debut scoring 25 runs off as many deliveries. He had responded well to pressure after going out to bat with team’s score reading 47/4. Shokeen had returned with impressive figures of 0/23 in his four overs in that game as well.