Watch: Lockie Ferguson breaks Ambati Rayudu's bat into two; throws back piece of bat at him with a smile

Both Rayudu and Ferguson had a friendly laugh on the incident as the latter handed back the cracked piece to the batter.
By CX Staff Writer Mon, 18 Apr 2022 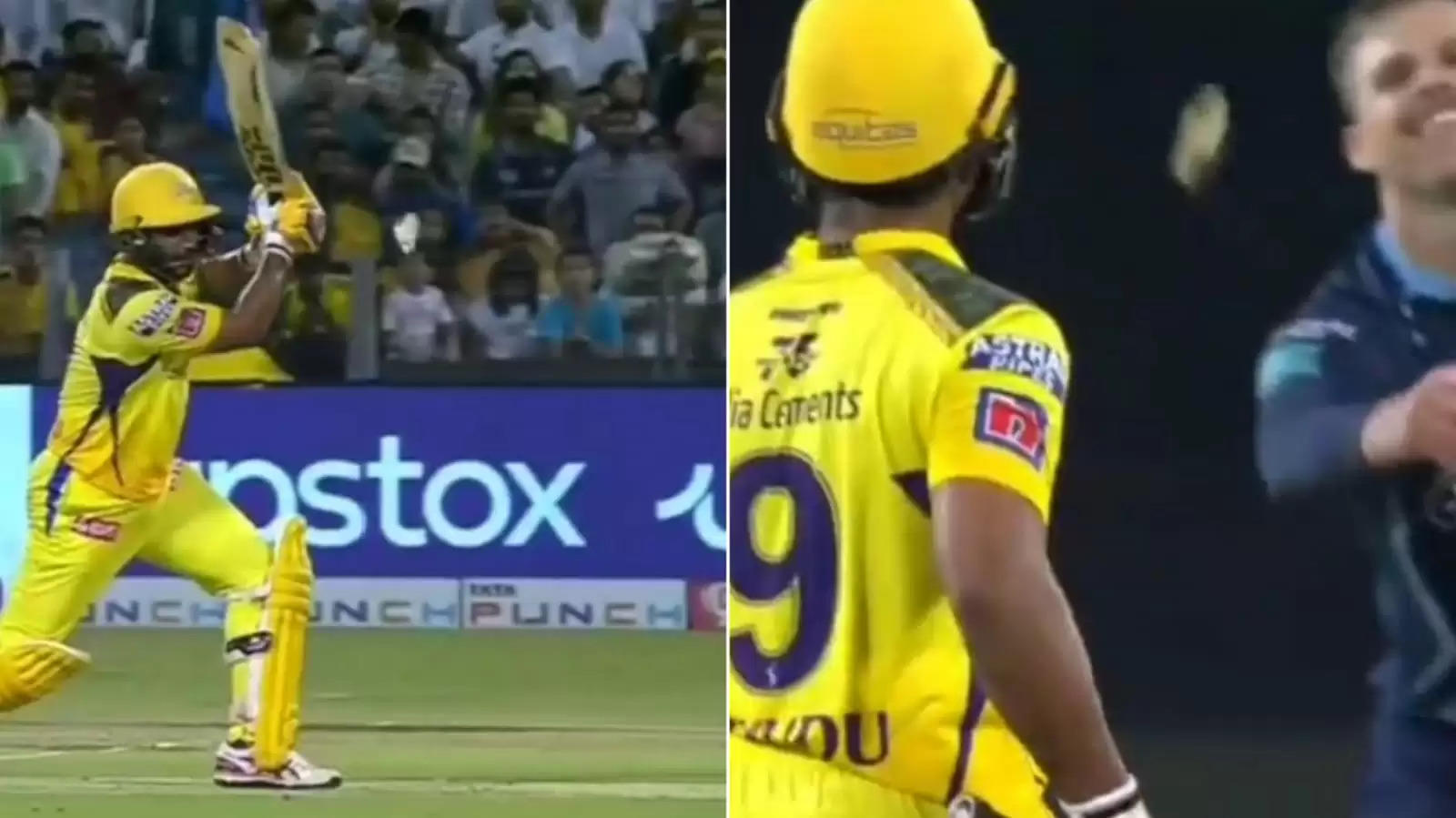 Ferguson has set the stage on fire with his pace in IPL 2022.

Umran Malik has been making the headlines in the ongoing Indian Premier League (IPL) season with his pace. Even the experts are praising him for his ability to clock more than 150 kph consistently. Another pacer who is coming close to him is Lockie Ferguson from New Zealand who is featuring for Gujarat Titans this season.

He sensationally clocked 153.9 kph on Sunday (April 17) during the game against Chennai Super Kings (CSK). Another interesting incident happened when he was bowling. In the 13th over of CSK’s innings, Ferguson came searing and delivered a yorker length delivery to Ambati Rayudu who came forward to smash the ball but could only jam it back to the bowler.

In the process, the toe end of his bat cracked and the piece flew towards the bowler. Both Rayudu and Ferguson had a friendly laugh on the incident even as the latter returned the cracked piece back to the batter who got a new bat for the rest of the innings.

Ferguson’s actual pace on that delivery was not shown but the man is certainly heating things up with his pace in the ongoing IPL season.

As far as the game is concerned, both GT and CSK played ou a last-over thriller. After being invited to bat first, the four-time champions posted 169 runs on the board, thanks to a 73-run knock from Ruturaj Gaikwad and a decent 46 from Rayudu. Ferguson had a forgettable day with the ball as he was taken apart for 46 runs in his four overs.

GT stumbled early in the chase as they were reduced to 16/3 in the 4th over itself. But David Miller had other ideas on the day. He took his chances which paid off and kept smacking the ball out of the park at will. In the end, Rashid Khan also joined him in the fun as GT pulled off a heist to win the game with only one ball to spare.

While Miller remained unbeaten on 94 off 51 deliveries, Rashid played a quickfire cameo of 40 off 21 as the Titans registered their fifth win of the season.