The incident happened in the first over of the innings when Shami aborted his run-up twice.
By CX Writer Sun, 1 May 2022 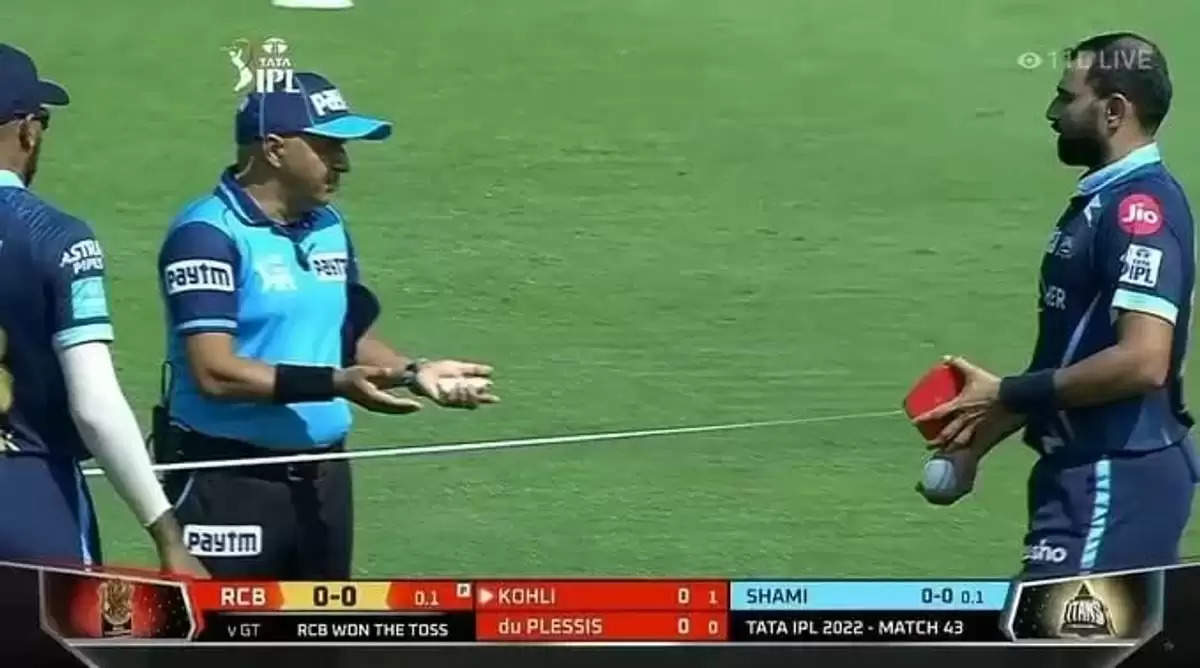 After measuring his mark again, everything went smoothly for Shami as he completed his four overs properly after that.

The 43rd match of the ongoing Indian Premier League (IPL) season was played between Gujarat Titans and Royal Challengers Bangalore. The Titans registered their eighth win in nine matches with yet another last-over victory courtesy of Rahul Tewatia and David Miller. Even Virat Kohli made the headlines scoring a much-needed fifty with the bat.

However, Mohammed Shami was in the news at the start of the encounter when he called out the measuring tape again after he was confused with his run-up. The incident took place after the first delivery of the match itself.

While loading for the second ball, Shami aborted his run-up twice and wasn’t happy with it. After that, he called for the tape to measure his run-up yet again. The on-field umpire was visibly not happy with the proceedings as it was delaying the game in the first over itself.

However, Mohammed Shami was seen explaining things to him as well and eventually, he went on to measure his run-up again and complete the over successfully and on time. Things went smoothly after that for the pacer as he ended with the figures of 1/39 in his four overs. He dismissed Virat Kohli in the 17th over of the innings with a brilliant yorker.

As far as the match is concerned, Kohli scored 58 off 53 deliveries. But the real impetus to the innings was provided by Rajat Patidar (52 off 32) and Glenn Maxwell (33 off 18) and in the end, Mahipal Lomror, playing his first game of the season, smashed an unbeaten 16 off 8 to end on 170/6 in their 20 overs.

In reply, Gujarat Titans were in trouble at one stage thanks to RCB’s tight bowling. The Titans were struggling at 95/4 in the 14th over and the required run-rate was close to 12. This is when Tewatia and Miller joined hands to stitch an unbeaten stand of 79 runs for the fifth wicket and take the team over the line in yet another tight finish. Tewatia was also awarded the player of the match award for finishing another game for his side.