WATCH: When Kieron Pollard tried to bluff MS Dhoni but got fooled 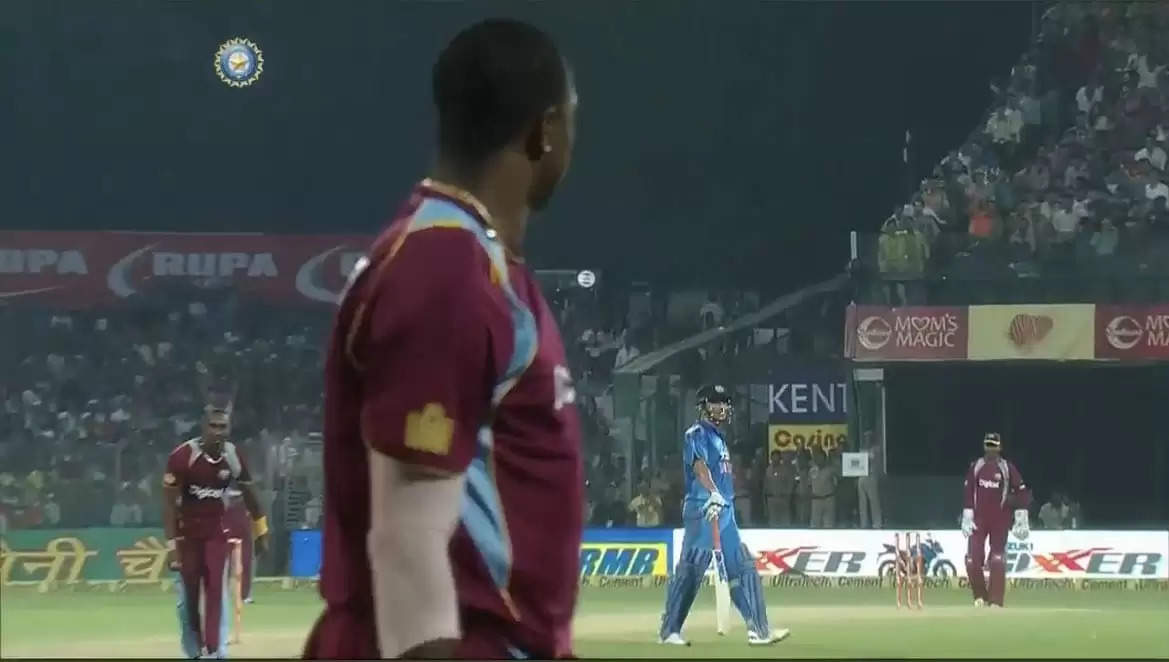 Kieron Pollard's trick with the ball ended up in Bhuvneshwar Kumar and MS Dhoni getting the second run.

Kieron Pollard is known for doing some interesting things while he is on the field and one such incident happened during the India vs West Indies ODI series back in 2014. During the final two overs of the Indian innings, Team India was left with then captain MS Dhoni and Bhuvneshwar Kumar at the crease. The above-mentioned incident happened during the 49th over which was bowled by Dwayne Bravo. The second ball of the over saw Kumar hit the ball straight to Kieron Pollard who was fielding at the boundary line. The ball went rolling straight to Pollard's hand but the big West Indian didn't do what every other fielder would do.

Pollard thought of running out MS Dhoni and thus tried to act like he couldn't field the ball cleanly. This was done intentionally since Pollard thought Dhoni would go for the second run by which they can run him out by throwing the ball to the bowler's end. But what happened showed the fitness and compassion the legendary batter cum skipper had. Once Dhoni saw Pollard's antics he quickly went for the second run and ended up completing it very fast than Pollard thought. Bhuvneshwar Kumar, who faced that particular ball, was also quick to respond to Dhoni's call and ended up completing the run successfully. There was even a cool staredown moment which made for some better viewership.

Pollard's thinking went in vain as Dhoni made a superman effort to counter his over smartness in order to get the second run. Even the commentators would call Pollard's act ridiculous as they couldn't figure out what was Pollard's aim by doing that. Nevertheless, India would go on to finish their innings at 263 for 7 in their allotted 50 overs. West Indies started off the chase well but ultimately ended up losing wickets at regular intervals which cost them the match. They would be bundled out for just 215 with 3.3 overs still left in the game. Mohammed Shami was adjudged the Player of the match for his 4-36 as India went on to win this game by 48 runs.