Sita Rana Magar was sitting in the dugout when a replay of her celebration from the previous game was shown on the big screen.
By CX Writer Sat, 7 May 2022 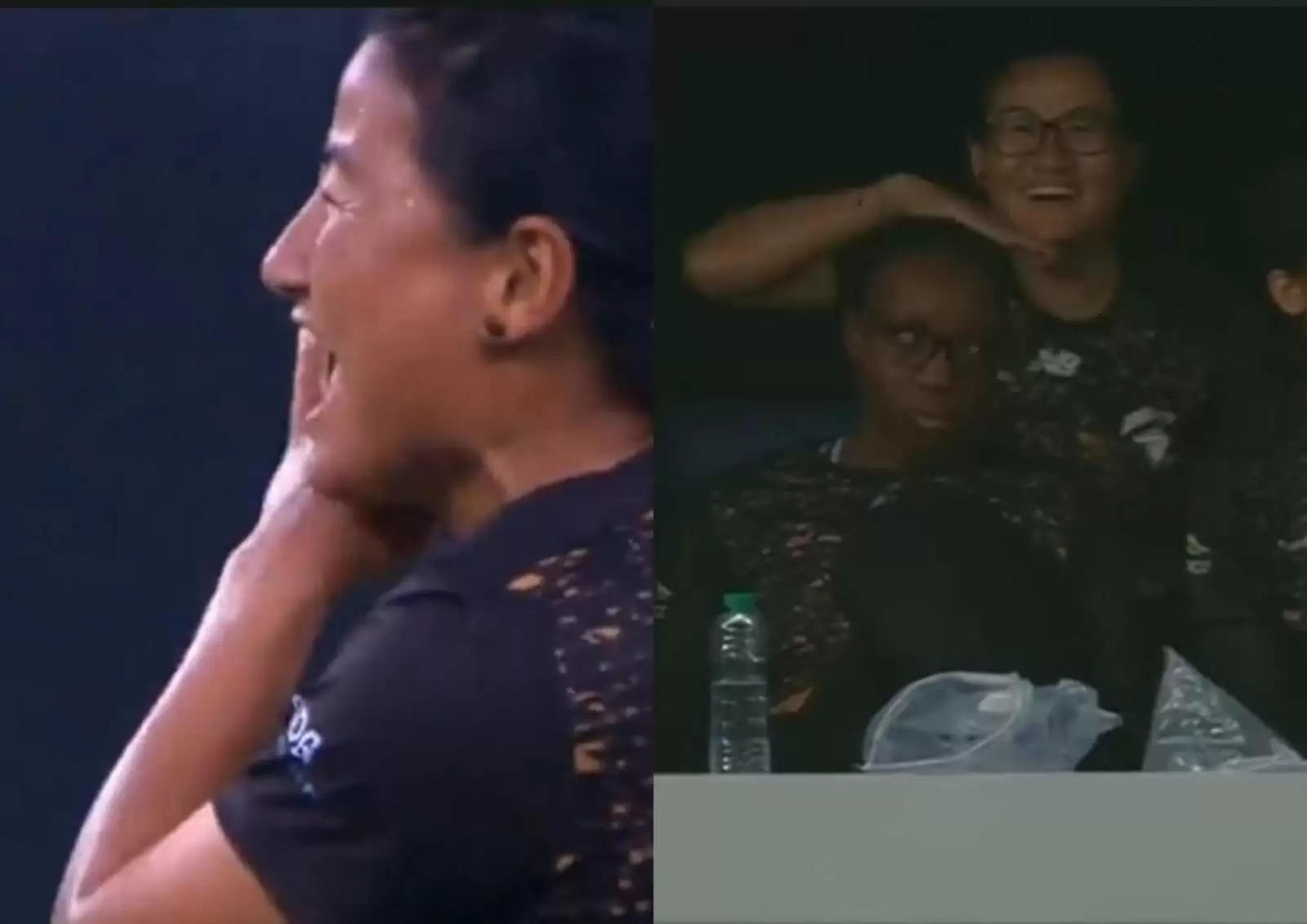 The six-team Fairbreak Invitational T20 tournament is currently in progress in Dubai.

The inaugural edition of the Fairbreak Invitational T20 is currently in progress with Women cricketers from all across the globe taking part in it. It is a great initiative from the organizers as the competition is giving a chance to the lesser known players to rub shoulders with the legends of the game.

The tournament has got a terrific response so far from the crowd as well and even the players are enjoying their time on the field. Meanwhile, players imitating actors’ specific moves from a film in celebration after picking up a wicket has become a trend now and Allu Arjun’s steps from Pushpa has set the stage on fire ever since its release.

On Friday (May 7), during the match between Tornadoes and Warriors, she yet again performed the Pushpa celebration while sitting in the dug out when her team was batting.

As for the match, the Tornadoes managed to post 152 runs for the loss of three wickets in their 20 overs on the back of a brilliant half-century from Sterre Kalis. Sophie Devine also played her part smashing 48 off just 35 deliveries with four fours and as many sixes.

In response, the Warriors fell short scoring only 139 runs in their quota of 20 overs. Georgia Redmayne and Sindhu Sriharsha batted well for the majority of the innings but once they were dismissed, the Warriors lost their way.

Sita Rana Magar who ended up on the winning side didn’t have a good day with the ball though as she conceded 23 runs in her two wicketless overs. As for her performance in the tournament, she has picked up one wicket in two outings conceding 42 runs in six overs she has bowled.

Her team, Tornadoes is at the second position with seven points to their name having won both their matches so far.