Rana timed the ball so well and Umran Malik's pace also helped the ball in travelling the distance.
By CX Writer Sat, 16 Apr 2022 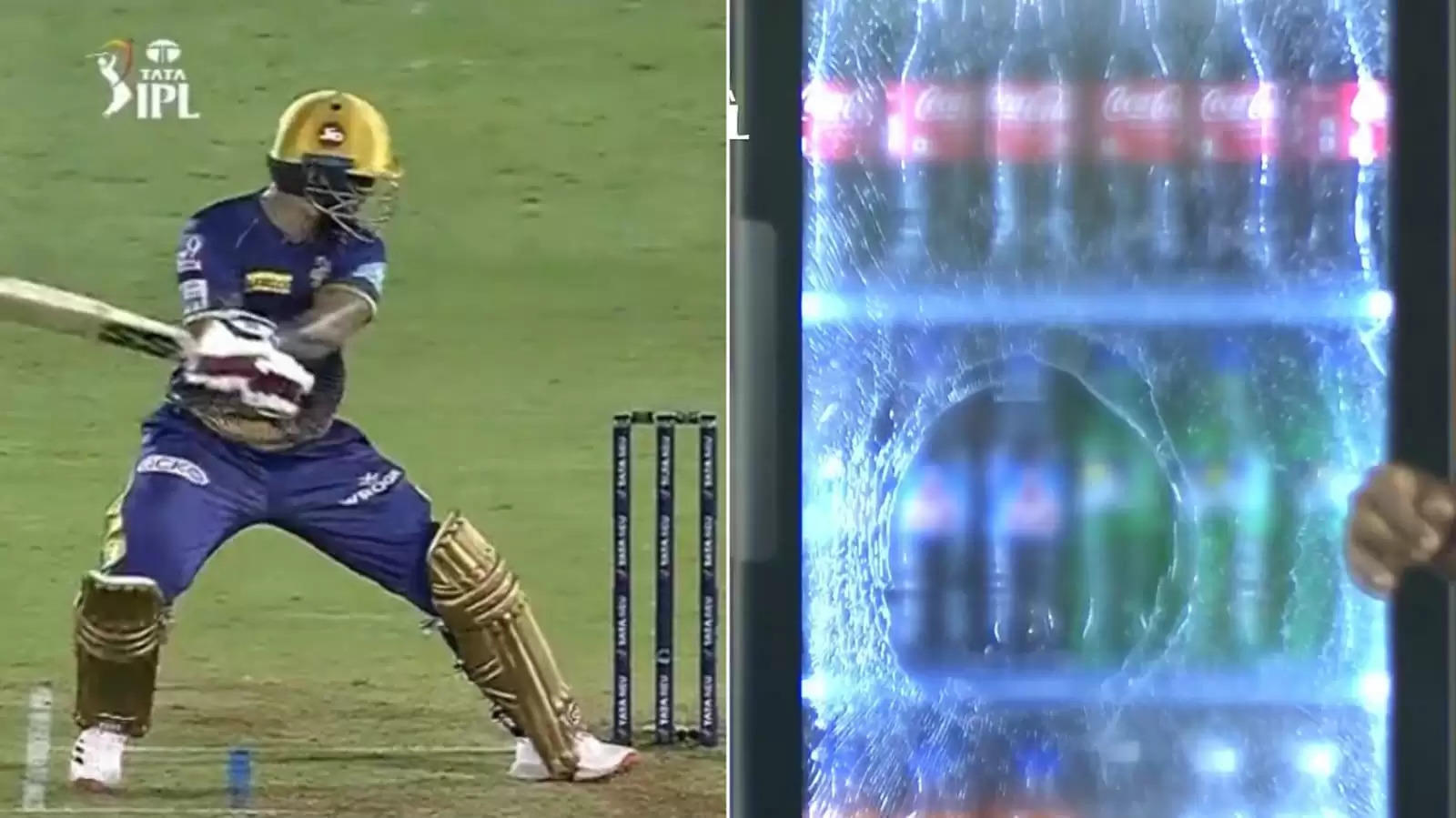 Nitish Rana scored an impressive 54 off just 36 deliveries in the game against SRH.

Kolkata Knight Riders (KKR) went down to Sunrisers Hyderabad in the 25th match of the Indian Premier League (IPL) on Friday. After the bowlers did a fine job to restrict a powerpacked KKR batting line-up, Rahul Tripathi and Aiden Markram put on an exhibition of hitting in the middle to take SRH home with more than two overs to spare.

KKR were a tad short on their first-choice batting resources on the day and with early wickets falling, they found themselves in trouble. However, Nitish Rana finally found his groove, for the first time in the season, as he hit a fine half-century. During his knock, he played a cut shot off Umran Malik that straight away thudded into the fridge to break its glass.

It happened in the 13th over of the innings. Umran steamed in and delivered a pacy short of a length delivery. Rana backed away and played a fierce cut shot using the pace of the bowler. He had timed the ball well as it flew away past the boundary and ended up hitting the fridge near the SRH dugout to break its glass.

Rana was hitting the ball well on the day and he managed to score 54 runs off just 36 deliveries with six fours and two sixes to his name. Just when he was shifting his gears, T Natarajan got the better of him in the 18th over that restricted KKR from posting an even bigger score. They eventually managed to reach 175 in their 20 overs thanks to unbeaten 49 off 25 from Andre Russell.

But even that score wasn’t enough as SRH batters, after a slow start, got going in the middle overs. Rahul Tripathi made full use of his experience of facing Varun Chakaravarthy and Sunil Narine taking them to the cleaners. His 71 off 37 and Aiden Markram’s unbeaten 68 off 36 balls made sure that SRH team notched their successive win.

They are now currently at the seventh position in the points table having won three matches out of five. On the other hand, KKR are at the fourth place with six points but they have already played an extra game compared to others.