Lucknow were propelled by a half-century from Quinton de Kock at the top of the order in their win over Kolkata on Saturday. 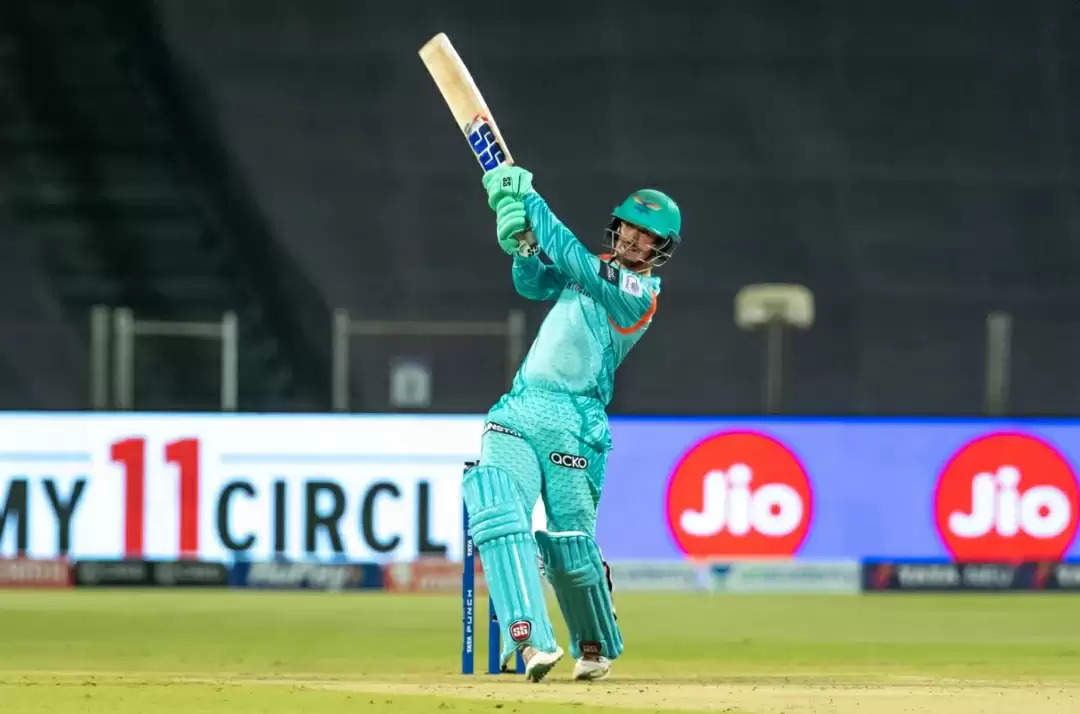 Quinton de Kock was in his elements on Saturday, smashing a superb half-century to lay a solid foundation for Lucknow to build upon.

The South African opener got off to a sedate start, moving to 2 off 6 balls before Tim Southee came in to the bowl the third over. Having assessed the conditions well, de Kock took off against Southee.

The first ball was a tad short and de Kock rocked back to smash it over mid-wicket for a boundary. The next one was further short, and he wasted no time to again go onto his backfoot and this time, go bigger; a fabulous 92m six over deep square leg into the stands.

In an aim to correct his line and length, Southee went fuller and wider this time, but de Kock was in no mood to let anything in his arc go scot-free. A crunching aerial drive through the off-side gave him another four.

Quinton de Kock is officially signed up on the Cricket NFT platform Rario, which has several other players in its roster. Virender Sehwag, Zaheer Khan, Rishabh Pant, Dinesh Karthik and Bhuvneshwar Kumar are a few other major Indian players on Rario's roster.

Sign up on Rario to buy special moments of cricketers or from tournaments around the globe.

De Kock completed a 29-ball 50 with four fours and three sixes to move up to No.5 in the highest run-scorers of the season table. His opening partner, KL Rahul, is at No.2 on the same chart with 451 runs.