Watch: 12 to win off 2 balls - 'Iceman' Rahul Tewatia smashes two sixes to win it for Gujarat Titans against Punjab Kings in IPL 2022

Once again against Punjab Kings, Rahul Tewatia found his mojo and finished off an incredible heist to give Gujarat Titans three wins in three games.
By CX Staff Writer Fri, 8 Apr 2022 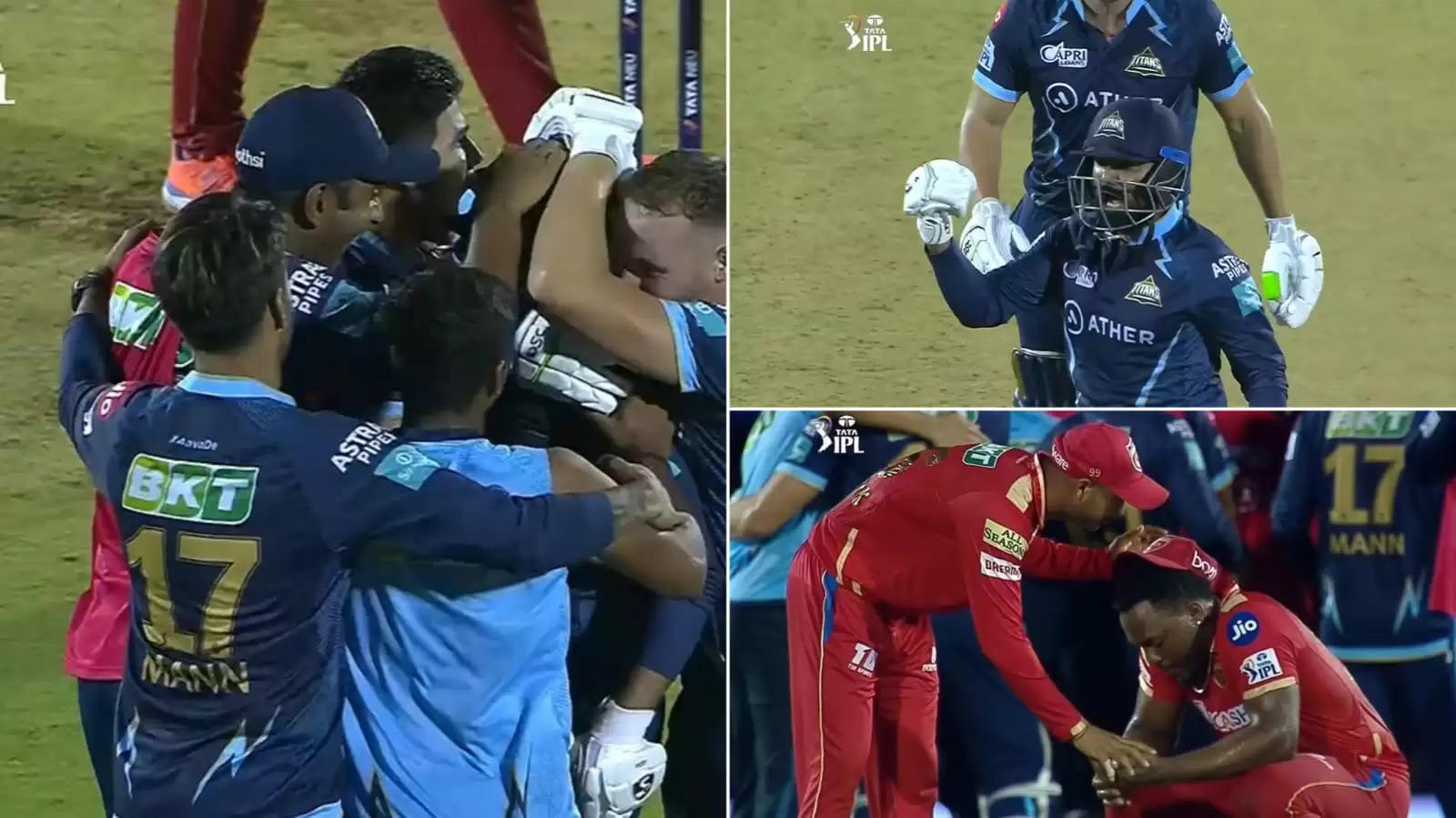 Familiar scenes at the end of the game as Rahul Tewatia once again brought gloom to the Punjab Kings dressing room.

It took another Rahul Tewatia heist for Gujarat Titans to beat Punjab Kings on Friday despite a solid 96 from opener  Shubman Gill in the IPL 2022 game. Gill had taken Gujarat Titans close in a run chase of 190, but in his last 14 balls, Gill managed just 16 runs, last hitting a boundary in the 13th over. With pressure on him, Gill looked to play a big one and holed out to leave Hardik Pandya and David Miller to finish it off.

Unfortunately, Hardik was run out by a sensational direct hit from Jonny Bairstow and Gujarat Titans seemed to have fallen out of the game with their slow down in the latter stages.

The slow down began with a brilliant 18th over from Arshdeep Singh, who conceded just five runs. But Kagiso Rabada undid the hard work next over as 13 runs were leaked but with Gill gone in the over, Punjab had their noses ahead.

In the final over, Miller and Hardik were together and Gujarat needed 19 runs to win from one over. Punjab handed over the ball to Odean Smith, who is used to being at the other end with bat in hand in such run chases. This time, with the ball, Odean started off with a wide, but next ball Punjab's hopes were raised as Hardik was run out by Bairstow.

It is then that Rahul Tewatia walked in to bat. Miller handed over the strike to Tewatia with 12 runs needed off 2 balls and the all-rounder kept his composure and smashed the last couple of balls right from the middle of the bat.

Rahul Tewatia's heist, reminiscent of a similar, yet longer cameo, against the same Punjab unit in 2020, saw Gujarat Titans make it three wins in three games to be the only side unbeaten in IPL 2022 so far.

In 2020, Tewatia had handed similar treatment to Sheldon Cottrell, smashing him for 30 runs in one over to turn a run-chase out of nowhere.

With Tewatia making a habit of such knocks, Sunil Gavaskar chose to call him the 'Iceman' after the game on broadcast, a name that could really catch on, especially if Tewatia continues to do...a Tewatia.