Rashid Khan's wristy drop-kick shot is coming into its own regularly in the IPL and it also had a shade of MS Dhoni in it.
By CX Writer Thu, 28 Apr 2022 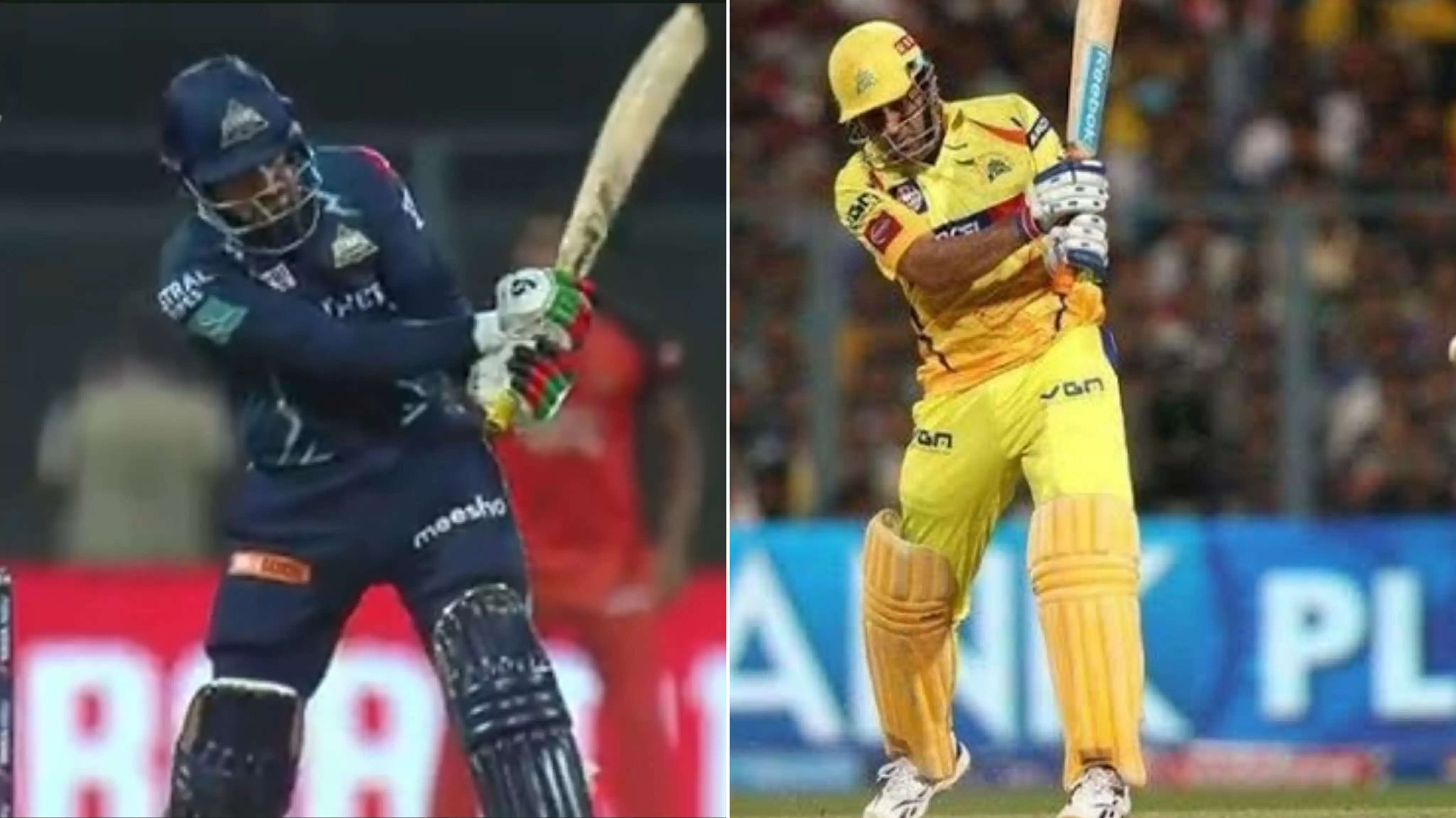 Rashid Khan played a whirlwind knock of 31* off just 11 deliveries to help GT win the last-ball thriller against SRH.

Rashid Khan has been excellent with the ball over the years in the Indian Premier League (IPL). But the man has really upped his game when it comes to batting this season. He is batting at number seven for Gujarat Titans and has literally won a couple of games for them with his antics in the death overs.

While the first cameo came against Chennai Super Kings (CSK) that helped David Miller to pull off a heist, Rashid himself was in the middle for the last few overs against Sunrisers Hyderabad on Tuesday (April 27) making sure his team got over the line. There is a lot of power in his wrists and the way he whacks the ball on the leg-side has a shade of young MS Dhoni in it.

Dhoni used to unleash a helicopter shot during the early days of his career and no wonder the ball used to cross the ropes easily. Rashid Khan is also doing the same on a regular basis and unleashed a helicopter shot in the 18th over of the innings while facing Bhuvneshwar Kumar.

The veteran bowler missed a yorker and Rashid unfurled his wristy drop-kick shot with the bat’s blade coming back in style after hitting the shot. The ball cleared Marco Jansen comfortably at long on to go for a six and it was certainly a perfect tribute to MS Dhoni.

As for the match, it was nicely setup in SRH’s favour when the Titans lost their fifth wicket in the 16th over. GT still needed 56 runs in the last four overs and the equation came down to 35 runs from last two overs. This is when Rashid Khan and to some extent, Rahul Tewatia, showed off their hitting skills, not for the first time this season, to sensationally take the Titans to the top of the table by winning them the thriller.

Rashid Khan scored an unbeaten 31 off just 11 deliveries while Tewatia played his part earlier scoring an unbeaten 40 off only 21 balls.