Ravichandran Ashwin came up with a strange batting stance facing up against DC seamer Shardul Thakur.
By Kashish Chadha Wed, 11 May 2022 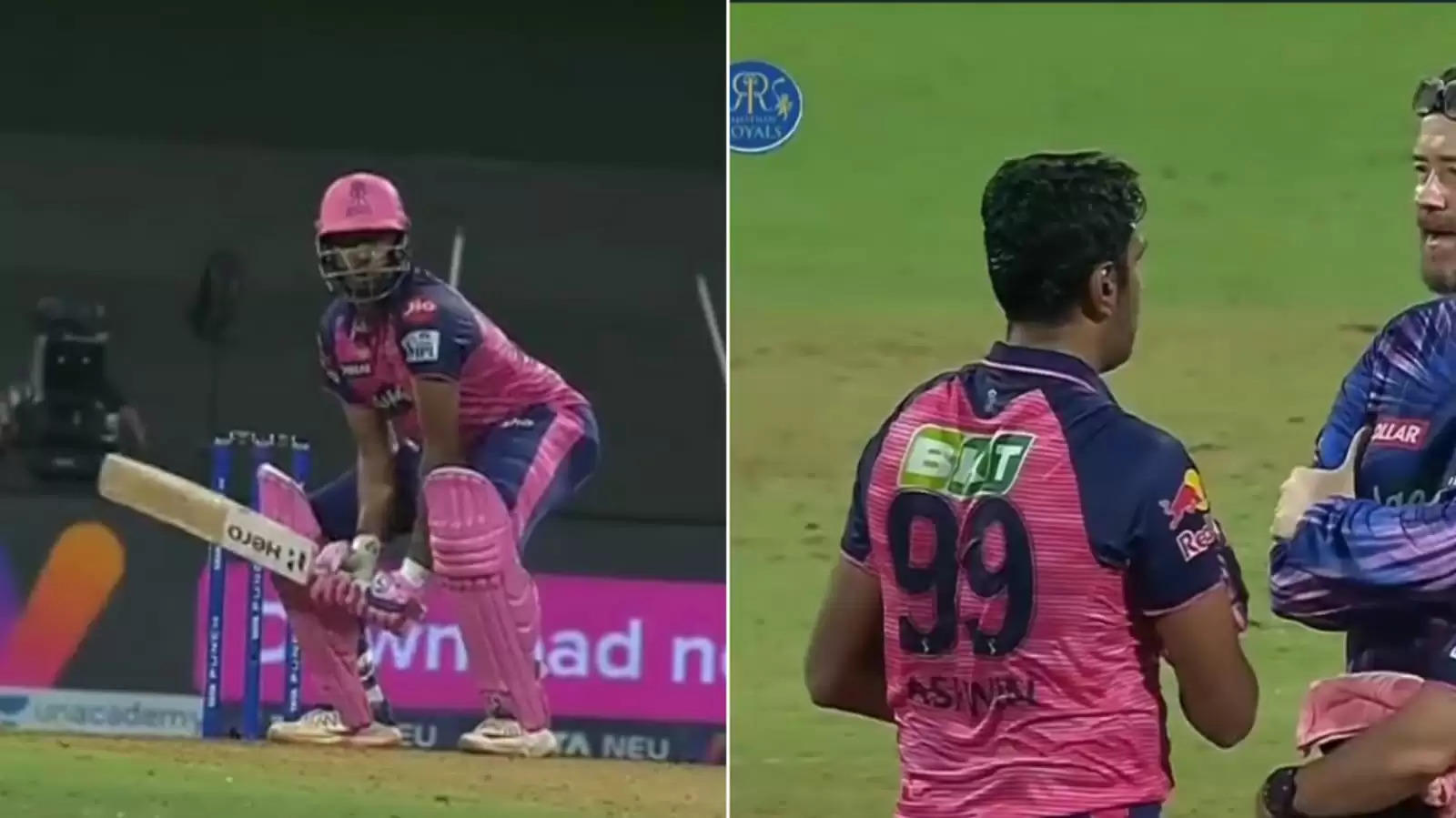 Seeing Ravichandran Ashwin go for an excessively low stance, Shardul Thakur went for the bouncer that hit the batter's helmet on an attempted pull.

Forever experimenting, spin scientist Ravichandran Ashwin came up with the weirdest of weird batting stance during an IPL 2022 league stage encounter on Wednesday (May 11) against the Delhi Capitals (DC). Batting No.3, the Rajasthan Royals (RR) batter was seen crouching excessively low while facing his former teammate Shardul Thakur.

As Thakur ran into bowl, Ashwin bent his knees and went alarming low with his hands, before adjusting to a short-ball against the right-arm seamer. Ashwin has previously also crouched low in his stance in IPL 2022, but this was on another level altogether, as his bat was nearly touching the turf when he did it.

Given how low he had crouched with his stance, the batter fell short of reaction time to adjust to Thakur's bouncer as it went on to hit his helmet. Ravichandran Ashwin went for the pull shot but ended up missing the delivery to be hit on the head-gear, later requiring attention from the medical staff.

The amusing little incident is from the back half of the 11th over in RR's first-innings in Pune. Batting well set on 31* off 24 balls at the time, Ravichandran Ashwin was done in by a sharp bouncer from Thakur after a last-minute switch to pulling the ball.

The batter had next to no reaction time after crouching excessively low in his stance, trying to get under the skins of the bowler. But Thakur was upto task and unleashed one that cramped him for room and ended up smashing his helmet.

Watch: Banter on a high as Jos Buttler bowls to Yuzvendra Chahal in Rajasthan Royals nets

But what really caught everyone's eye was the stance that Ashwin went for. The elegant right-hander had previously, too, tried to get low before facing a delivery in the tournament, but certainly not to this extent.

A miscued attempt at getting under the bowler's skin aside, Ravichandran Ashwin had one of his best days with the bat in hand in IPL 2022. Sent in at No.3 after the loss of an early wicket by the RR team management again, the batter relished his opportunity and produced a highly impressive 50 off 38 balls.