Mumbai Indians had lost their openers early in the game, and they almost lost another soon when Dewald Brevis skied a shot off Mitchell Santner to cover where Ravindra Jadeja put down a fairly easy catch
By CX Staff Writer Thu, 21 Apr 2022 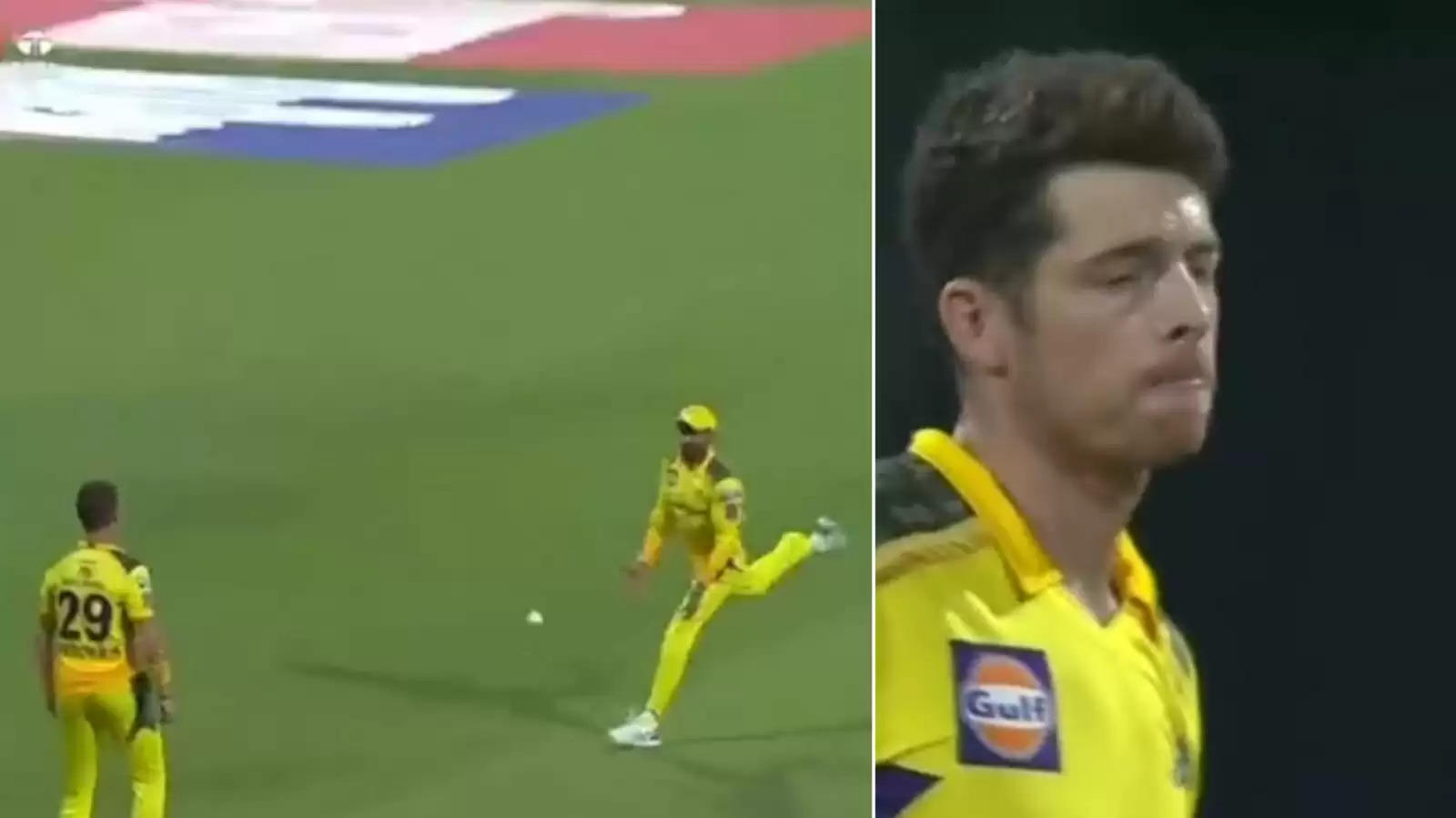 How often do you see Ravindra Jadeja putting down an absolute sitter? If ever there was one, this was it. Dewald Brevis had just walked out to bat after Mumbai Indians lost Rohit Sharma and Ishan Kishan to Mukesh Choudhary early on. While Rohit chipped a catch to mid-on off Mukesh off the second delivery of the match, Kishan played all around a ball on off-stump and was cleaned all ends up.

At this stage, Suryakumar Yadav walked in to salvage the innings with Dewald Brevis, the impressive 18-year old South African batter who is dubbed as 'Baby AB' for his free stroke-making. This time around, the South African probably needed to leash it in and play a composed second-fiddle, but instead chose the fancy route.

With Mitchell Santner coming into the attack, Brevis looked to take him on and skied one to the off-side. Ravindra Jadeja got in underneath the catch, but then bizarrely pulled out at the last moment, making a half-hearted attempt at going for the catch, only to see it slip through his fingers.

The missed chance luckily didn't cost CSK too much as Brevis was seen out trying to upper cut Mukesh Choudhary, edging behind to MS Dhoni. Mumbai Indians, who are yet to win a game this season, go off to a disastrous start in the MI vs CSK match, losing three in the powerplay, all to the uncapped Mukesh Choudhary.

Jadeja went on to drop another catch, that of debutant Hrithik Shokeen later in the game, again off Mitchell Santner's bowling. Shokeen tried to take Santner on and miscued his hit straight up into the night sky. Ravindra Jadeja got underneath the ball but shelled the catch again, much to the amazement of fans and experts.