Rishabh Pant could be seen having a verbal altercation with umpire Nitin Menon at the Wankhede Stadium in Mumbai.
By Kashish Chadha Mon, 25 Apr 2022 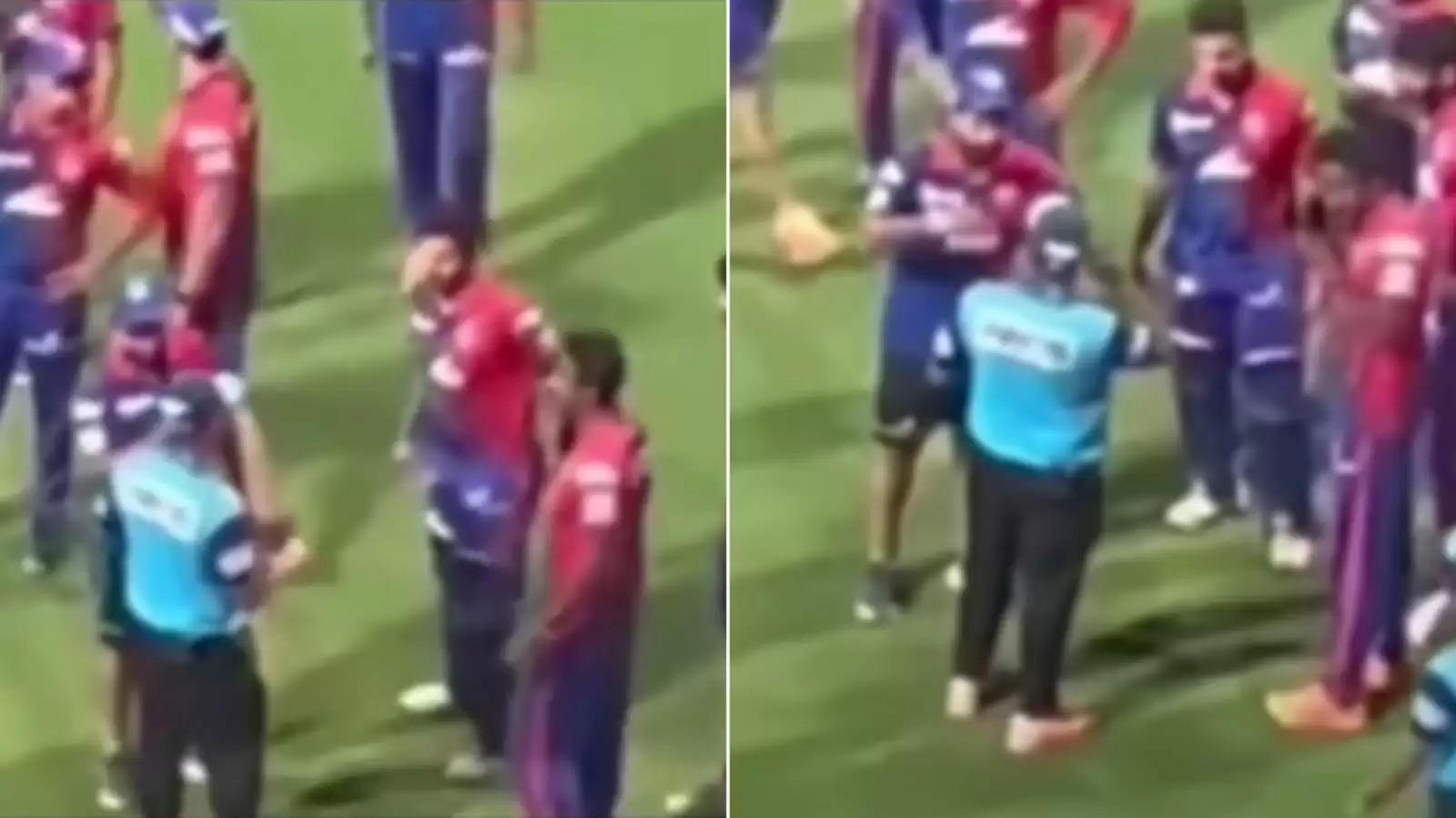 Rishabh Pant had earliest expressed his dissent at the umpires' decision at the post-match interview as well.

An unseen footage of Delhi Capitals (DC) skipper Rishabh Pant having an animated discussion with the umpire has come to light three days after the controversial conclusion to his team's IPL 2022 league-stage encounter against the Rajasthan Royals (RR).

In the clip posted on Instagram by SportsEdge.Cricket, Pant could be seen having lengthy chat with the match official, visibly displeased at his decision to not check the waist-high no-ball when DC's hopes hung on a thin line.

The controversy relates to a full-toss bowled by RR pacer Obed McCoy to DC's power-hitter Rovman Powell when the opposition needed 18 off the last three balls.

Powell duly dispatched the ball for a six through the deep mid-wicket region, but since the ball was peerlessly close to the batter's waistline, doubts emerged whether it was a no-ball that the umpires missed.

However, in a decision that shocked Rishabh Pant and the rest of the DC camp at the time, the standing officials did not verify their non no-ball call with the TV official and continued with the game. Angst by that, Pant initially made a contentious gesture to Powell and his batting partner Kuldeep Yadav to return from the shed.

The skipper then asked support staff member Pravin Amre to walk onto the field and query the umpires as to why they decided not to check a replay of the potential no-ball?

Even after the game, and his team's defeat, Rishabh Pant made his displeasure clear at the decision made by the officials, saying while he agrees that his team's expression of dissent and sending Amre to the field was ethically incorrect, he felt, so was the two umpires Nitin Menon and Nikhil Patwardhan's call to not even verify whether it's a no-ball or not.

"I thought that no-ball could have been precious for us but it is not in my control. Yes, disappointed but can't do much about it. Everyone was frustrated (in the dugout) that it was not even close, everyone in the ground saw that, I think the third umpire should have interfered and said it was a no-ball," said the DC captain at the post-match interview with the commentators.

"Obviously it wasn't right (sending Amre onto the field) but what happened with us is also not right, it happened in the heat of the moment. It was the fault from both sides and it is disappointing as we have seen some good umpiring in the tournament," he added.

But it seems Pant's expression of anger and disappointment with the umpires wasn't limited to the post-match interview, as he then went on to have a one-on-one discussion with Menon about the while episode.

While exact back and forth is not clear, it is presumed that Menon was trying to communicate to Rishabh Pant the rules and regulations in play in deciding not to go for the no-ball. According to the IPL playing conditions pertinent to the Umpires Review, a replay can be checked for the no-ball only when the batter's dismissal is in question. Here Powell had hit the ball for a six and was set to continue his innings.

The law is debatable, but is what it is at this point in time, and Menon and fellow umpire Patwardhan only applied it to uphold their original non no-ball call.