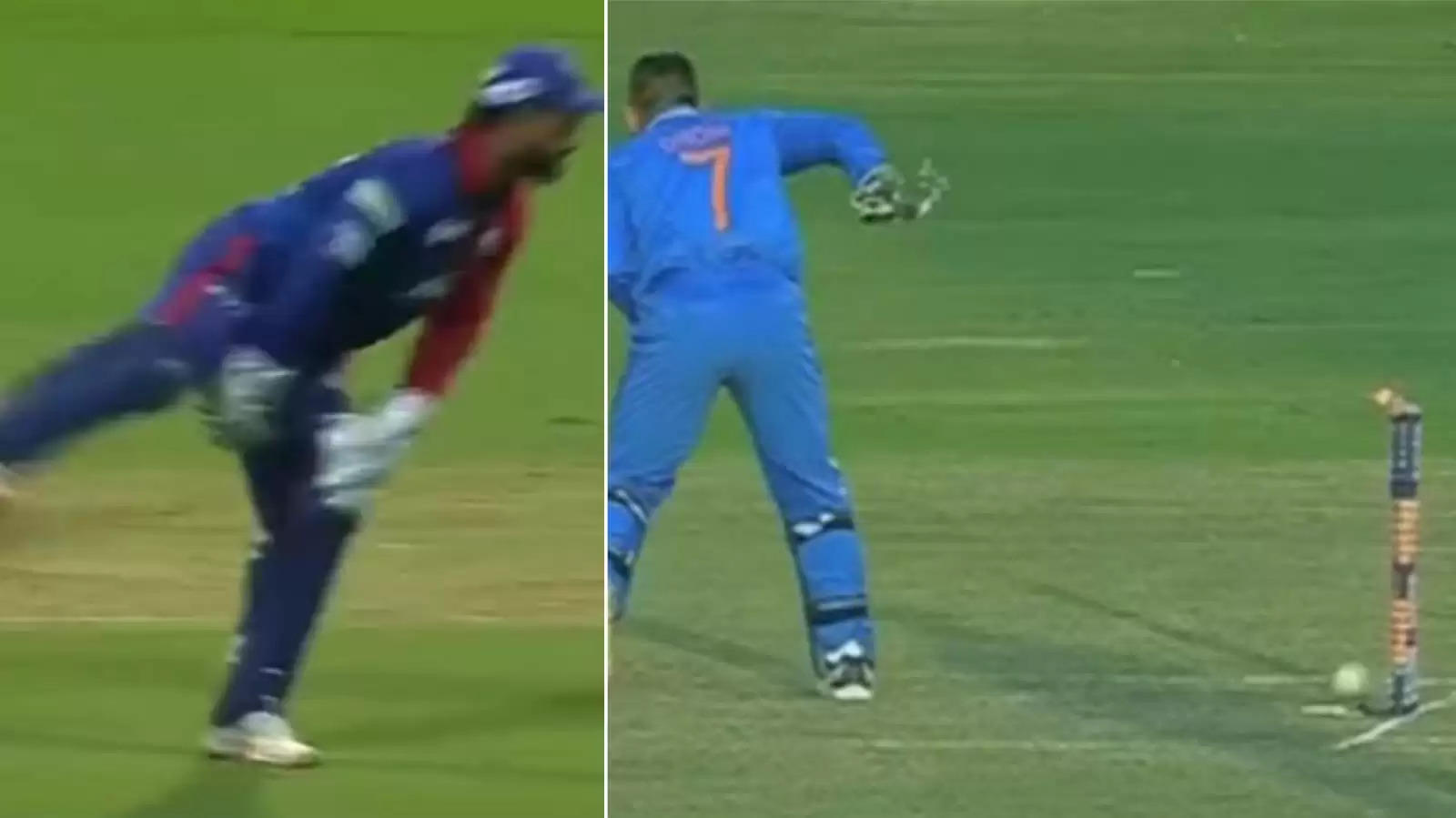 Rishabh Pant tried to replicate one of MS Dhoni's most famous run-outs in IPL 2022 for DC against RCB.

An amusing run-out attempt made by Delhi Capitals (DC) skipper Rishabh Pant in IPL 2022 on Saturday (April 16) night reminded the fans of the legendary MS Dhoni and his famous no-look throw at the stumps.

The India and Chennai Super Kings (CSK) legend has been inflicting the no-look throws and run-outs at the stumps over the years. And on this occasion, his understudy tried to replicate the unique style of the master wicketkeeper-batter.

He tried to get the prized scalp of Glenn Maxwell in DC's league-stage encounter against the Royal Challengers Bangalore (RCB). As Maxwell got around to finish his two, Rishabh Pant made a rebound throw and run-out attempt at the batting end between his legs with his head facing the other way.

The funny little incident is from the start of the 11th over in RCB's first-innings. Maxwell tapped DC fast-bowler Shardul Thakur to the on-side and instantly called his batting partner Shahbaz Ahmed for two runs.

The batter duly made his mark at the batting end and added two more runs to his and RCB's kitty.

But just before he went back to the batting end, Rishabh Pant was seen attempting a run-out with a quick flick of his gloves in a throw made between his two legs while his face was in opposite direction to the stumps. It was Pant's own "MS Dhoni" moment.

However, unlike the master, his apprentice couldn't exactly get his throw to hit the stumps and Maxwell got back safely inside his crease.

Dhoni famously inflicted this form of dismissal during an ODI series against New Zealand back in late 2016. The run-out involved former Kiwi batter Ross Taylor and coincidentally took place at his home ground in Ranchi.

Rishabh Pant has been known for his funny antics on the cricket field and in this instance, the young, vibrant cricketer did a 'Dhoni' to please his fans and get them nostalgic.

Dhoni retired from the game after an illustrious career back in August 2020, while Pant has since gone on to become his strong replacement in the Indian side across formats.