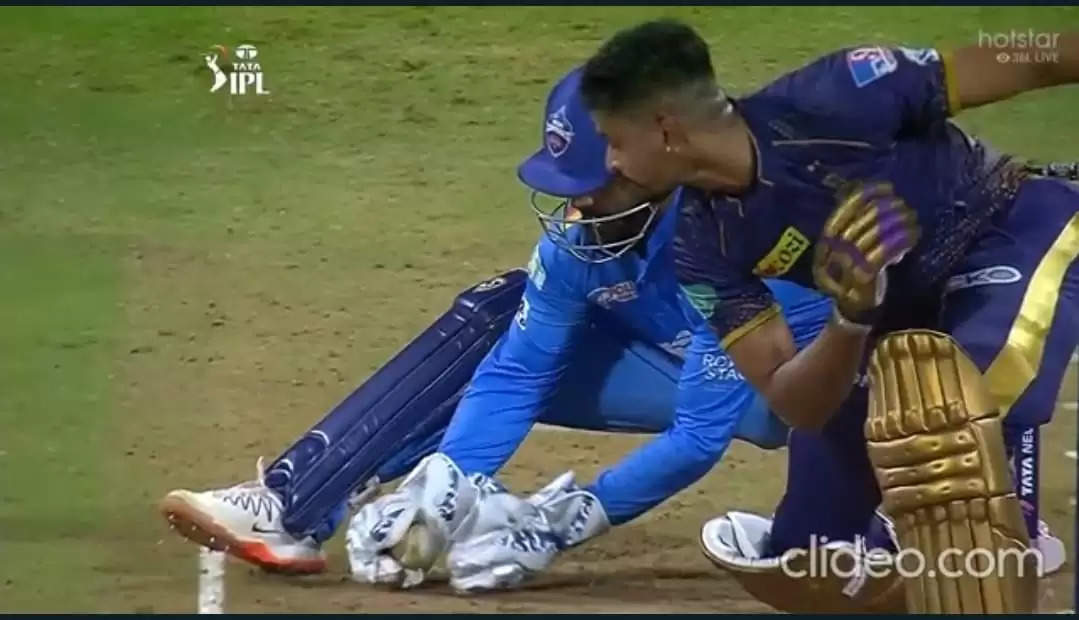 Rishabh Pant was always criticized for his shoddy glovework when he first burst on to the scene around five years back but he has improved incredibly in the last couple of years. He has pulled off some stunning catches of late, one of which we got to witness in the Delhi Capitals' match against the Kolkata Knight Riders on Thursday (April 28).

It was the 14th over of the innings and Kuldeep Yadav was brought into the attack once again. The Capitals were desperately looking for a wicket as they needed to break the 48-run stand between Shreyas Iyer and Nitish Rana. Kuldeep delivered immediately as he got Iyer caught behind off his bowling in the very first delivery of the 14th over.
Watch: Rishabh Pant attempts cheeky run out in MS Dhoni style
But the wicket belonged more to wicket-keeper Rishabh Pant than Kuldeep as the former completed a stunning catch to send the KKR skipper back to the pavilion.

Kuldeep bowled a short of good length delivery and tried to angle it across Iyer. The ball didn't bounce as much as Iyer expected and it skidded off the surface as the batter tried to play a cut. However, Iyer ended up nicking it with the undedge of his bat and Pant completed a stunning low catch.
He showed superb reflexes a he tool the catch even though he was completely out of balance with his one leg totally stretched out. The umpires referred it to the third umpire to check the validity of the catch and the replays confirmed that Iyer edged it and Pant completed a clean catch.
That brought an end to Iyer's innings of 42 and reduced KKR to 83/5. Andre Russell followed soon, three balls later to make KKR's situation far worse.
From around the web
Weekly Trending