When Kohli got to his first fifty of IPL 2022, Shami patted him on his helmet and also embraced him.
By CX Writer Sun, 1 May 2022 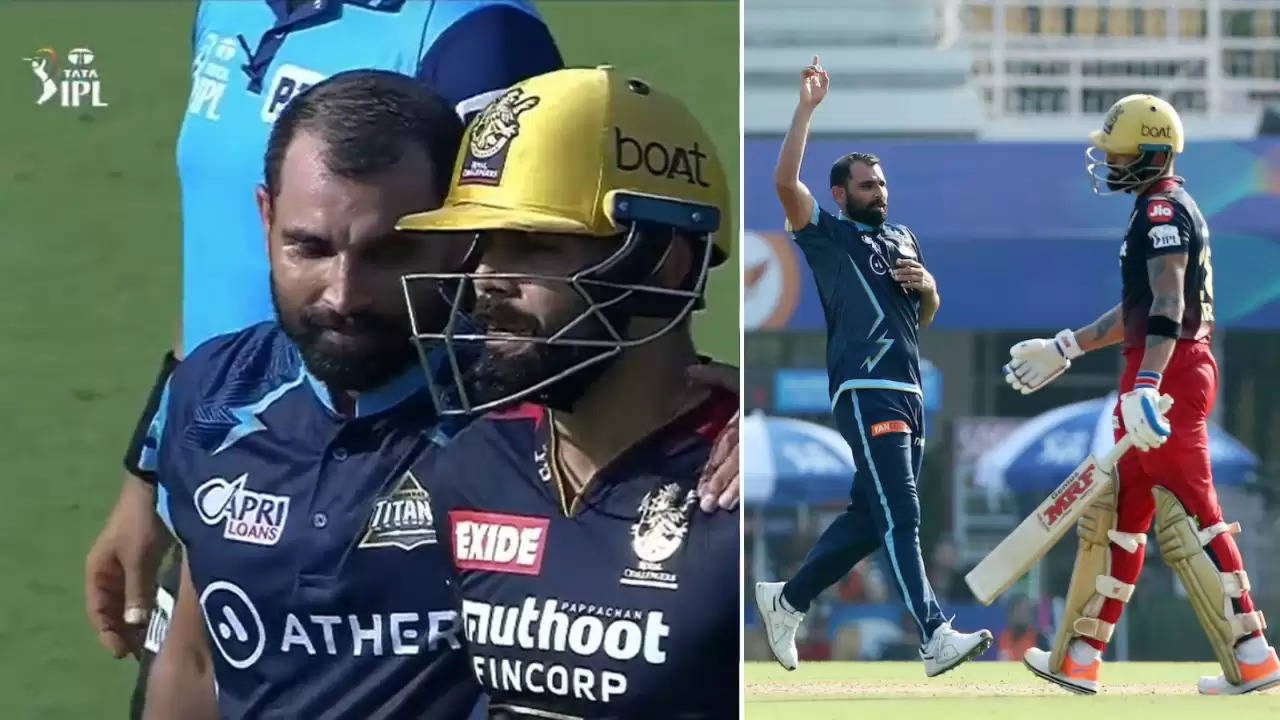 However, Shami only got the better of him in the 17th over with an excellent yorker.

Royal Challengers Bangalore (RCB) might not have won the game against Gujarat Titans on Saturday (April 30). But the whole India heaved a sigh of relief as Virat Kohli got back in some kind of form hitting his first half-century of the ongoing Indian Premier League (IPL) season.

It was only the second time he was opening the innings in IPL 2022 and Kohli looked comfortable right from the word go. He and Rajat Patidar stitched a brilliant partnership of 99 runs for the second wicket after RCB lost their skipper Faf du Plessis early.

Kohli seemed to be in the zone on the day as he unfurled a couple of his trademark strokes including the cover drive. Patidar playing well at the other end allowed the former RCB skipper to take some time in the middle. In the process, he reached his fifty in the 13th over of the innings after which his wife Anushka Sharma and the entire Brabourne Stadium stood up to applaud the master.

Moreover, GT bowler Mohammed Shami too embraced Kohli and patted on his helmet after he reached the milestone finally after a tough season so far. However, it was Shami only who ended Kohli’s vigil in the middle. Perhaps, the 33-year-old strangely couldn’t accelerate after scoring the fifty and seemed to have got tired due to the heat.

Kohli was frustrated in the end as he exposed all his stumps to thump Shami in the 17th over. However, the bowler was up for the task and delivered a brilliant yorker to disturb the off-stump of Kohli who had to walk back after scoring 58 runs.

However, those runs came off 53 deliveries which also attracted a bit of criticism as RCB couldn’t up the ante as expected. Nevertheless, Glenn Maxwell played a cameo of 33 runs off just 18 deliveries that propelled RCB to 170/6 in their 20 overs. But it wasn’t enough as Gujarat Titans once again won the last over thriller courtesy of David Miller and Rahul Tewatia.