The funny incident happened in the 11th over of the innings when KKR batters were looking to rebuild the innings.
By CX Writer Fri, 29 Apr 2022 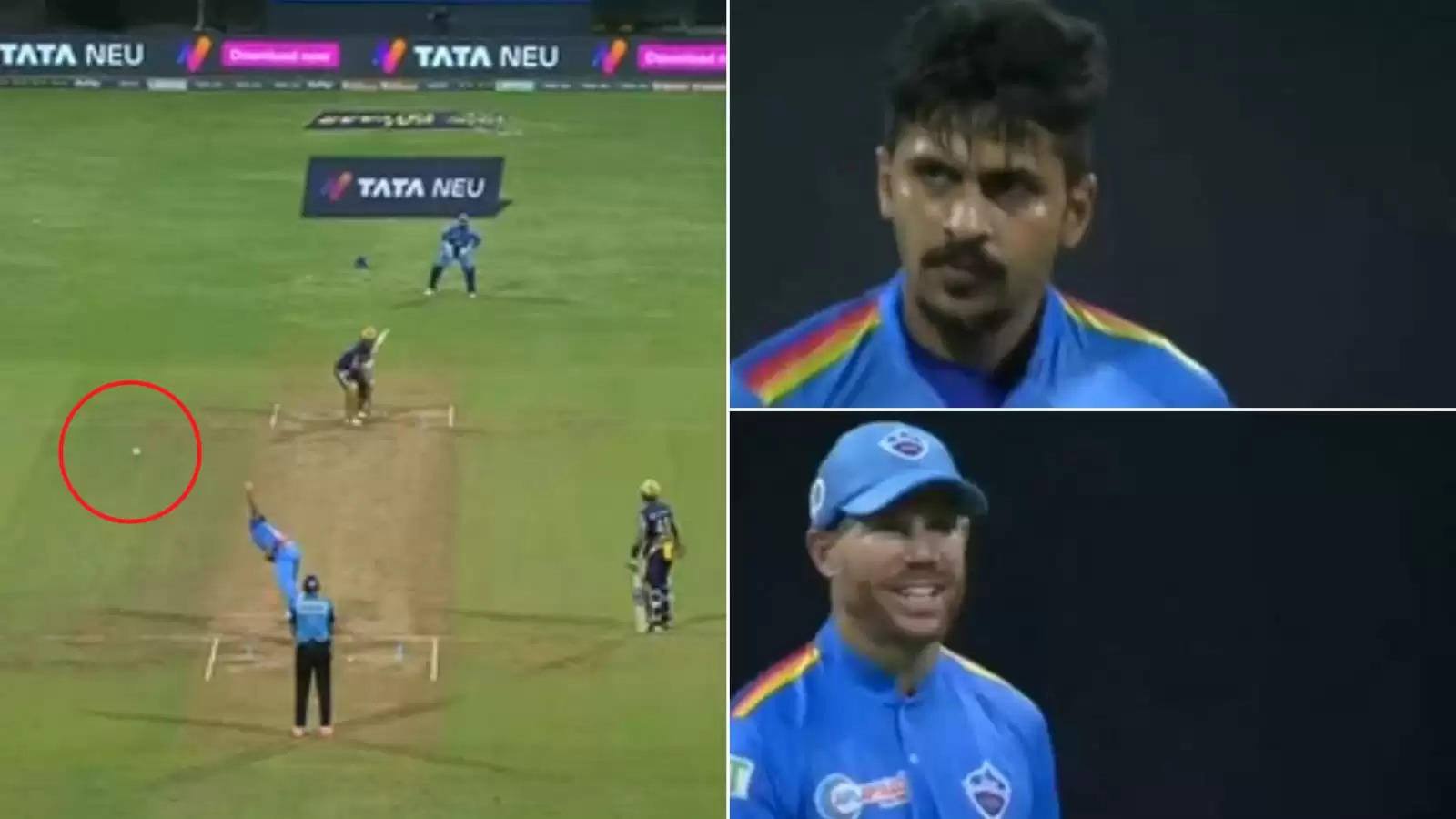 Shardul Thakur didn't have a good day with the ball conceding 32 runs in the wicketless three overs he bowled.

Delhi Capitals (DC) and Kolkata Knight Riders (KKR) faced each other in the 41st match of the Indian Premier League (IPL) on Thursday (April 28). It was a crucial game for both sides to bring their campaign back on track and the Capitals did it successfully by winning the encounter by four wickets. On the other hand, KKR slipped to their fifth consecutive loss.

The bowlers set up the victory for the Delhi Capitals with Kuldeep Yadav leading the way with the figures of 4/14 in three overs. Mustafizur Rahman also picked up three wickets while Chetan Sakariya and Axar Patel also bowled well. Among regular bowlers, only Shardul Thakur had a bad day as he conceded 32 runs in his wicketless three overs.

He was also involved in a funny incident when he hilariously bowled a moon ball to mid-on. The incident happened in the 11th over of the innings with KKR batters looking to rebuild the innings. Thakur ran in hard to deliver his fifth ball of the over to Nitish Rana. He was probably looking to bowl a knuckle ball but the ball slipped out of his hand a bit late and it went down to mid-on area.

The umpire was quick to signal it a dead ball even as the commentator Harsha Bhogle joked if the batter can run down to mid-on to hit the ball out of the park. It was one of the funny moments in the game which left even the players in splits with David Warner laughing his heart out.

Meanwhile, IPL 2022 isn’t proving to be too kind to Shardul Thakur. He was picked by the Capitals for big bucks in the mega auction but hasn’t delivered with the ball as expected. Shardul has so far picked up only four wickets in eight innings (26.4 overs) this season. He has been expensive in his trade as well conceding runs at an economy of 9.62. Interestingly, Thakur has a maiden to his name this season.

However, when it comes to batting, he has done well. In six innings, Shardul Thakur has scored 88 runs at an average of 22 and a strike-rate of 154.38.