Watch: 'Shashank Singh, wow' - Uncapped Indian smashes Lockie Ferguson for 3 sixes in final over in only IPL outing with the bat

Batting for the first time in SRH jersey, Shashank Singh proved to be their hero in the end-overs against GT in IPL 2022.
By Kashish Chadha Wed, 27 Apr 2022 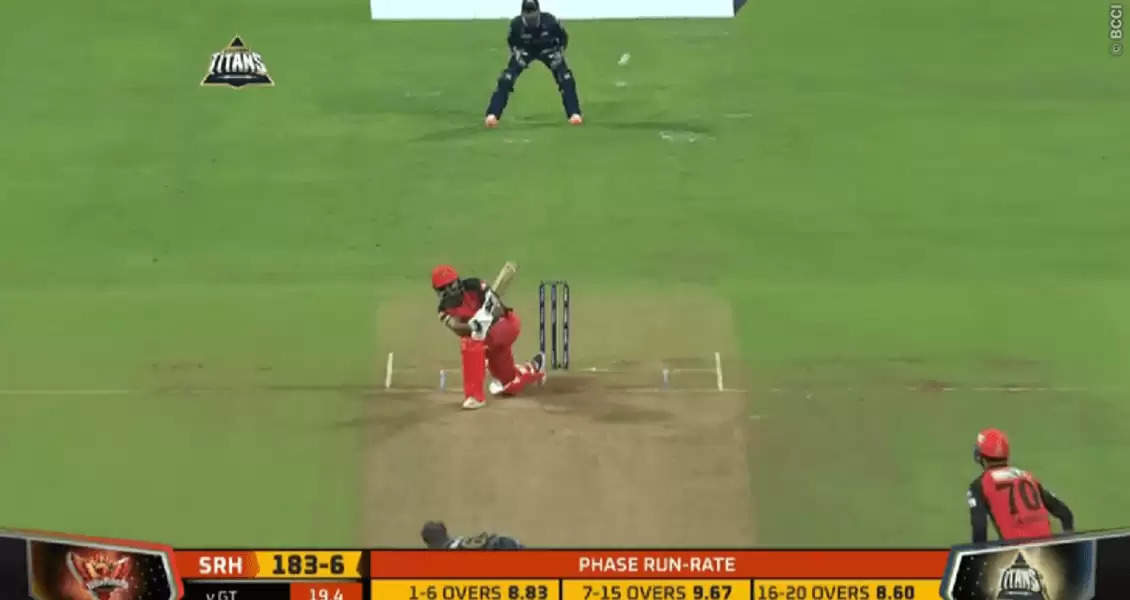 Walking into bat at No.7 in the 19th over, Chattisgarh right-hander Shashank Singh produced a knock of 25* off 6 balls.

Playing his first innings with the bat for Sunrisers Hyderabad (SRH) in IPL 2022, Chattisgarh middle-order batter Shashank Singh struck an outstanding cameo to catch the limelight. The aggressive right-hander blazed his willow for an unbeaten 25 off 6 balls against the Gujarat Titans (GT) on Wednesday (April 27).

A breathtaking effort at the crease, Shashank's magnificent knock included three outstanding sixes off the bowling of New Zealand's express quick Lockie Ferguson in the 20th over. The 30-year-old smashed Ferguson for a six each to the mid-wicket, fine-leg and the long-on regions, showing his range against one of the world's fastest bowlers.

The name of Shashank Singh immediately reverberated around, as he helped SRH reach a daunting 195/6 after walking in at No.7 in the 19th over where the 2016 champions looked like finishing 15-20 runs short of par for a flat deck at the Wankhede Stadium in Mumbai.

Shashank Singh's cameo on first outing with the bat for SRH

SRH could've easily fallen short of an ideal score for the surface if not for Shashank Singh's blistering knock, where his hitting against Ferguson turned heads towards the player.

Shashank is a late bloomer in IPL cricket after having gone through multiple trials with various franchises without being properly recognised before. This was his day of reckoning in the SRH jersey.

The innings from the Chattisgarh cricketer reached places, as the former India allrounder and ex head coach of the senior men's team Ravi Shastri showered rich praise his way, while also thanking the IPL for once again providing an unknown talent the opportunity to make a name for himself.

You rock big time to allow millions to dream. Unbelievable @IPL for the stage you provide for opportunities to the unknown. Shashank Singh. Wow. @SunRisers #IPL2022 pic.twitter.com/Wa0r7hBkUT

Previously part of Delhi Capitals (DC) and Rajasthan Royals (RR) without getting a game, Shashank Singh found a vote of confidence from the SRH think-tank at the mega auction in Bangalore in February, fetching a base sum bid of INR 20 lakhs from the franchise.

Shashank found himself in the playing XI for four games previously but did not get a chance to bat. That changed with the encounter against the Titans and the 30-year-old grabbed his opportunity with both hands.