The incident happened in the first ball of the 19th over when Prasidh Krishna was bowling.
By CX Staff Writer Tue, 19 Apr 2022 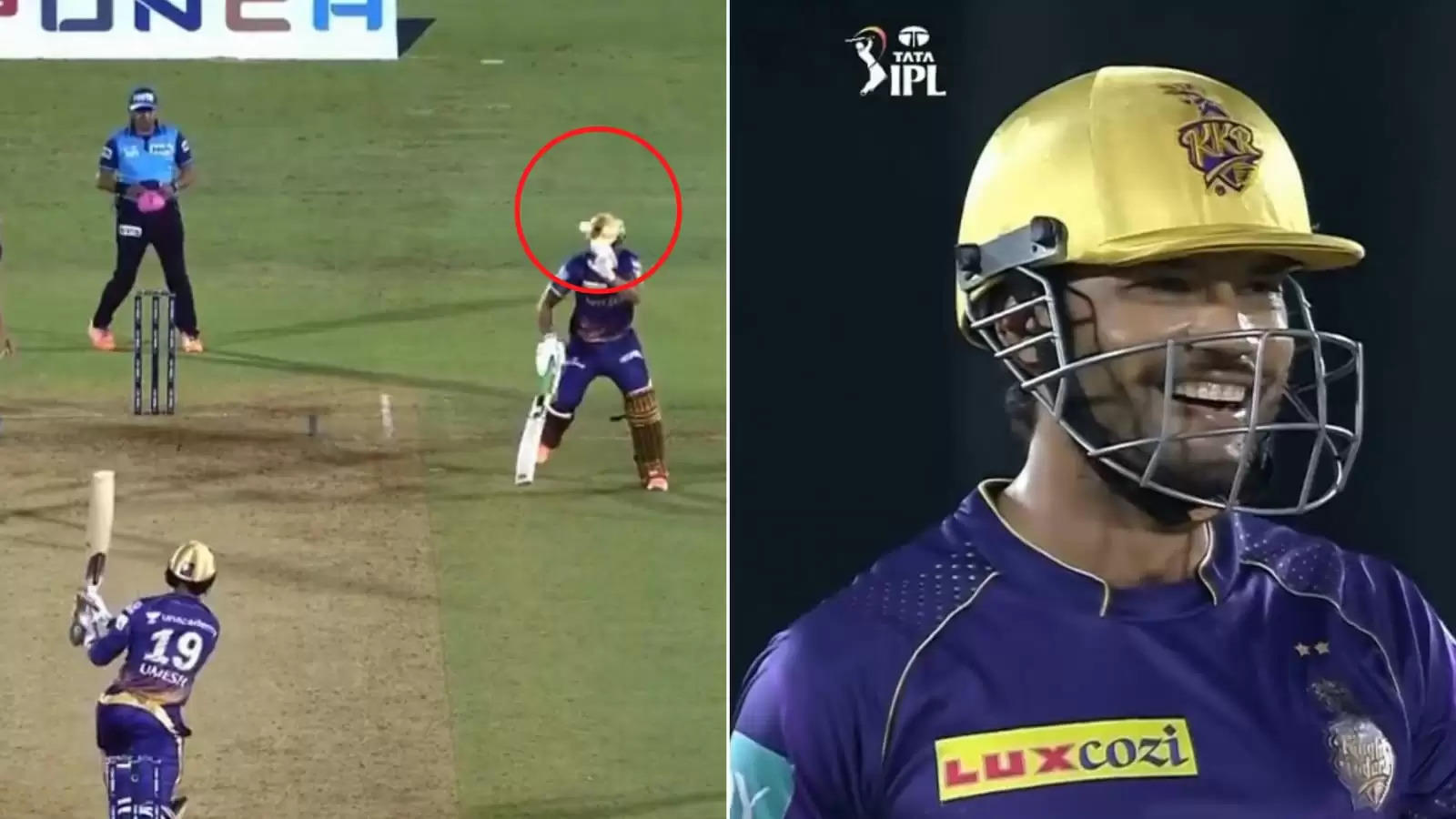 The ball was hit so hard by Umesh, that it was destined to go to boundary if not for hitting Jackson on its way.

A high-scoring thriller between Kolkata Knight Riders (KKR) and Rajasthan Royals (RR) went down the wire on Monday (April 18) in Mumbai. It was a game full of drama especially in the last four overs of KKR’s chase as RR kept their nerves to win by just seven runs while defending a mammoth 217.

Among multiple incidents that took place during the game, Sheldon Jackson getting hit on the helmet by his teammate was the one that hogged a bit of limelight as well. It happened in the 19th over when Umesh Yadav had kept KKR in the game with his batting antics despite telling blows from Yuzvendra Chahal in the 17th over.

Umesh had smashed two sixes and a four off Trent Boult in the 18th over to churn out 20 runs and bring the equation down to 18 off last 12 balls. The penultimate over was crucial and he was on strike for the first delivery.

Prasidh Krishna bowled a full toss even as Umesh slammed it hard down the ground flexing his muscles only to hit his batting partner Sheldon Jackson at the other end. There was little to no reaction time for Jackson as the ball banged his helmet hard and ricocheted to the fielder at covers. The two batters scampered for a single but if Jackson hadn’t come in the middle, the ball seemed to be destined to reach the boundary.

Fortunately for Jackson, he had his helmet on and despite the umpires asking for the physio to come out and check him as per the concussion protocols, the batter denied the treatment stating he is abolsutely fine.

However, Jackson couldn’t hit boundaries when they needed the most and even after Umesh’s efforts, KKR were bundled out for 210 runs to lose the game by seven runs. Jackson scored 8 runs off as many deliveries while Umesh smacked 21 off just 9 balls before Obed McCoy castled him in the final over to seal the deal for the Rajasthan Royals in a close encounter.