It was a familiar template for the Indian fans, as they were used to waking up early and watch their team crumble in New Zealand and Australia over the years. Déjà vu – 2002 or 2020? The last time India was white-washed in a Test series was eight years ago in Australia. Against New Zealand, […]
By Gomesh Shanmugavelayutham Mon, 2 Mar 2020 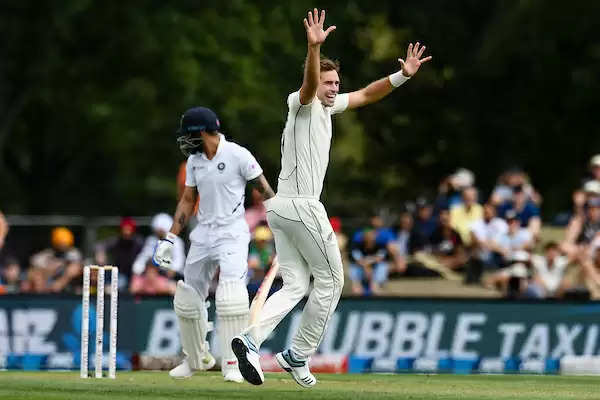 It was a familiar template for the Indian fans, as they were used to waking up early and watch their team crumble in New Zealand and Australia over the years.

The last time India was white-washed in a Test series was eight years ago in Australia. Against New Zealand, it happened 18 years ago. There are stark similarities between the two-match Test series in 2002 and the one that completed today.

The leading run-scorer in both the series was a left-handed opener from New Zealand, and the score was less than 150. The top three wicket-takers were fast bowlers from the Blackcaps. Only two Indian batsmen averaged 25 or more, and one of their bowlers scored more runs than the Indian captain.

One of the key similarities between the two series is how the Kiwis dominated the big-gun Indian middle-order. Who would have anticipated that the absence of Neil Wagner in the first Test, would lead to a debutant Kyle Jamieson, who with the extra bounce that he generated due to his height, running through the Indian stalwarts?

Jamieson dismissed Cheteshwar Pujara twice, Virat Kohli, Rishabh Pant, Hanuma Vihari, Prithvi Shaw, and Ravindra Jadeja once. He, along with Tim Southee and Trent Boult, exploited the conditions better than the Indian seamers, and the Indian batsmen fell prey to it.

Mayank Agarwal and Shaw’s susceptibility against moving ball was utilized by New Zealand. Having seen how Mayank batted in the warm-up matches, Southee and Jamieson consistently squared him up with tight out-swingers. Boult, on the other end, troubled him with inswingers. For once, when he got a start and scored a half-century, Mayank threw it away.

Middle-order woes: Lack of intent or too much of it

With an inexperienced opening pair, the onus was on the Indian middle-order to take the team forward. However, that was a separate story in itself.

Virat Kohli scored 2,19,3 and 14 in four innings. After the first Test, the Indian captain insisted on the lack of intent from the Indian batsmen. However, Kohli himself was found wanting as he showed too much intent (if one may say so) by playing away from the body against Jamieson, Southee, and Colin de Grandhomme. Twice he edged it behind and twice was hit in front of the stumps by them.

Pujara could be termed as the most unlucky of the lot as twice he received peaches from Jamieson and Boult. He faced more deliveries than any other batsmen in this series. Though his strike rate was the lowest among those who had scored at least 90 runs in the series, credit has to be given to New Zealand for consistently bowling tight lines to him. Boult employed around the wicket tactics to the Indian number three, and twice he was rewarded. The only occasion where Pujara could be blamed was when he tried to hook Boult off the front foot shortly after scoring a half-century in the second Test.

Just when everyone thought that Rahane was back in form before the series against New Zealand, the Mumbai batsman had a tournament to forget. Though he had decent starts in the first Test, Rahane has to be blamed for getting out to soft dismissals. In the second Test, he was peppered with an array of short-pitch deliveries by the New Zealand seamers. After being hit in the helmet on multiple occasions, Rahane was rattled. He eventually under-edged the ball onto the stumps while trying to pull a not-so-short delivery from Wagner.

As far as Indian bowling is concerned, Ishant Sharma was the pick of the bowlers, as he used his height to extract extra bounce, bowled in the right areas. The lack of support from the other end and the collective failure of Indian batting did not help in the first Test.

Losing him to a familiar injury that resurfaced ahead of the second Test was a huge blow. After not being able to pitch it right in the first Test, Jasprit Bumrah was back in the second. Again, in the absence of Ishant, he lacked support.

Mohammed Shami was not consistent with his line and length. Umesh Yadav, who replaced Ishant, was found guilty of bowling too short on most occasions. Especially in the second innings of the second Test, trying to defend 132, Bumrah bowled beautifully with the new ball. Tom Latham and Tom Blundell struggled against him but milked runs from the other end. As runs started flowing, the Tom duo grew confident and started playing Bumrah with confidence. Eventually, when Latham got out, Bumrah came back to remove Kane Williamson and the other Tom with a couple of rippers.

As series ended 0-2 in favour of New Zealand, Virat Kohli said that they made too much about the conditions in their minds, and that led to their failure in executing their plans.

“We were not positive enough. We were not brave enough in moments, which we have done in the past. In the crunch moments [previously], we have just gone for it; even though we have lost, still we compete,” he said in the post-match press conference.

Maybe it could be the other way around. It could be due to the lack of respect and application for the conditions in play. Maybe not. Irrespective of what he says in a press conference, Kohli would know better.