The 29th match of the IPL 2021 tournament will witness Delhi Capitals face off against Punjab Kings. The contest between the two teams, who are currently grappling with their ideal XI. We take a look at a key game plan that could play an important role in the DC vs PBKS game. The Delhi Capitals […]
By Venkatasubramanian Narasimman Sun, 2 May 2021 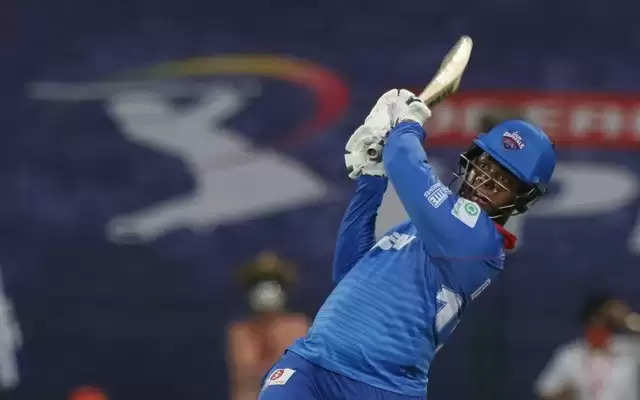 The 29th match of the IPL 2021 tournament will witness Delhi Capitals face off against Punjab Kings. The contest between the two teams, who are currently grappling with their ideal XI. We take a look at a key game plan that could play an important role in the DC vs PBKS game.

The Delhi Capitals are one side who have made a lot of experiment with their overseas players this year. They have tried out six of their eight overseas players so far where some have been compelled inclusions and the other being tactical changes. On a whole, it looks like they have still not figured out their perfect overseas combination and that could affect them in the long run.

When deciding upon their overseas players, they need to look at where their Indian players are excelling and where exactly will they need the help of an overseas player. The major reason for the success of the Capitals so far has been their solid Indian core.

Shikhar Dhawan and Prithvi Shaw have been such a revelation this season. They have been stitching partnerships game after game giving the Delhi Capitals a solid head start. On average, it takes 41 balls to break the DC opening partnership. That means their opening pair play 1/3 of the balls in their innings which is massive.

Ahmedabad has seen some high-scoring encounters so far. The short dimensions make it very tough for the bowlers to cut the run flow. At the same time, it looks like a pitch that has got some assistance for the quicks. Their opening batting gives them some freedom to go a bit light on their batting depth which all teams can’t afford.

DC vs PBKS: Where should Hetmyer Bat?

With the inclusion of Steve Smith in the playing XI, Shimron Hetmyer is compelled to bat at 5, a role that is tough to master in the T20s. While Hetmyer has been doing the role well so far, the question of whether he gets enough balls to create an impact rises.

In the game against RCB, Hetmyer was on song showcasing his range and power-hitting abilities. The question at the end of the game was, had he got to face more balls, would he have won it for the Capitals?

The answer might not be a straight yes or a no but the team must try to extract the maximum possible value from a player. The question of how do you maximize the output and where do you make him bat arises.

Looking at the starts that the Capitals are getting this season, the need for the presence of an anchor loses its significance. It can be argued that not every time the openers can give their side a start as expected and the fall of an early wicket puts you in the backseat. But when we look at what Smith has done in those situations this season, he hasn’t able to satisfy what was expected of him. Smith has entered inside the powerplay thrice and has averaged 15, and has struck at a rate of 100.

This means that Smith hasn’t played his role and has been taking an overseas slot as well. When we look at the entry point of Hetmyer since IPL 2020, 7-11 looks like the best period for him to step into the field. He averages 45 and strikes at 187.50 when entering in that period.

That’s exactly when DC’s opening partnership is broke on average. This makes an ideal case for Hetmyer to be pushed up to number 3. Even if the openers bat through, Hetmyer can boost the score even after entering around the 10-14 over mark, an ability which Smith lacks.

Even in the case of an early wicket, DC have got the services of Marcus Stoinis. Stoinis has the experience of opening the innings in the BBL and the IPL as well. It shouldn’t be a tough ask for Stoinis to stabilize the innings. But if DC wish to hold him to get a late flourish, they also have the option of using Vishnu Vinod, a talented domestic top-order batsman. They have got various options who can be used as floaters.

Lalit Yadav has been another impressive batsman from the domestic circuit and looks like a handy batsman down the order. This fixes their batting order. With Hetmyer occupying the top order spot and Marcus Stoinis and Kagiso Rabada being a fix in the XI, we move to answer the question of who takes up the sole remaining overseas spot.

READ: What triggered the end of the David Warner era?

DC vs PBKS: Who takes the 4th overseas slot?

We have seen that Hetmyer slots right into the top which makes a weak case for Smith being a part of the XI. We have also seen that DC can afford to get short on their batting depth and bolster their pace attack. This means that Sam Billings, unfortunately, has to sit out.

But why do we talk about bolstering the pace attack?

When we compare the returns of pace and spin bowling in Ahmedabad this year, it is visible that the pacers have got a lot of assistance. On average, the pacers might concede one run higher than a spinner every over, but they have looked to pick wickets more often than the spinners. The difference in the balls per wicket is a massive nine. DC are facing Punjab, a team that lacks batting depth, and hence they will have to worry about picking wickets frequently to concede as less as possible.

This makes a case for picking up an extra pacer who can be a great wicket-taking option. The pace bowling options that are available include Chris Woakes, Tom Curran, and Anrich Nortje. When we dig a bit deeper about how pacers have fared in Ahmedabad and check the returns of balls being bowled over 140 Kmph, they have a Balls per Wicket ratio of 16. The fastest and the most consistent and accurate bowler of the lot is Anrich Nortje.

Anrich Nortje was mighty impressive last season for the Delhi Capitals. Nortje was able to consistently hit high speeds and he was able to hurry a lot of batsmen. He picked up 22 wickets at a strike rate of 16.64 which shows his wicket-taking ability. Naturally, a hit the deck bowler, Nortje will find a lot of assistance on the Ahmedabad pitch which also has a bit of variable bounce making it even harder to pick Nortje.

These are a couple of changes Delhi would have to make to make the most of their overseas resources. Pushing Hetmyer up the order and make him face ample number of deliveries to have a better impact and slotting in Nortje to make the most of the assistance available in the wicket for the pacers are two strategies that DC can incorporate against PBKS to emerge on top.