Asia Cup 2022: 'Batting in the middle-overs a problem for India to address' - Cheteshwar Pujara

Cheteshwar Pujara believes India have been losing two many wickets in the middle stage to be able to flourish at the death with bat in hand.
By Kashish Chadha Wed, 7 Sep 2022 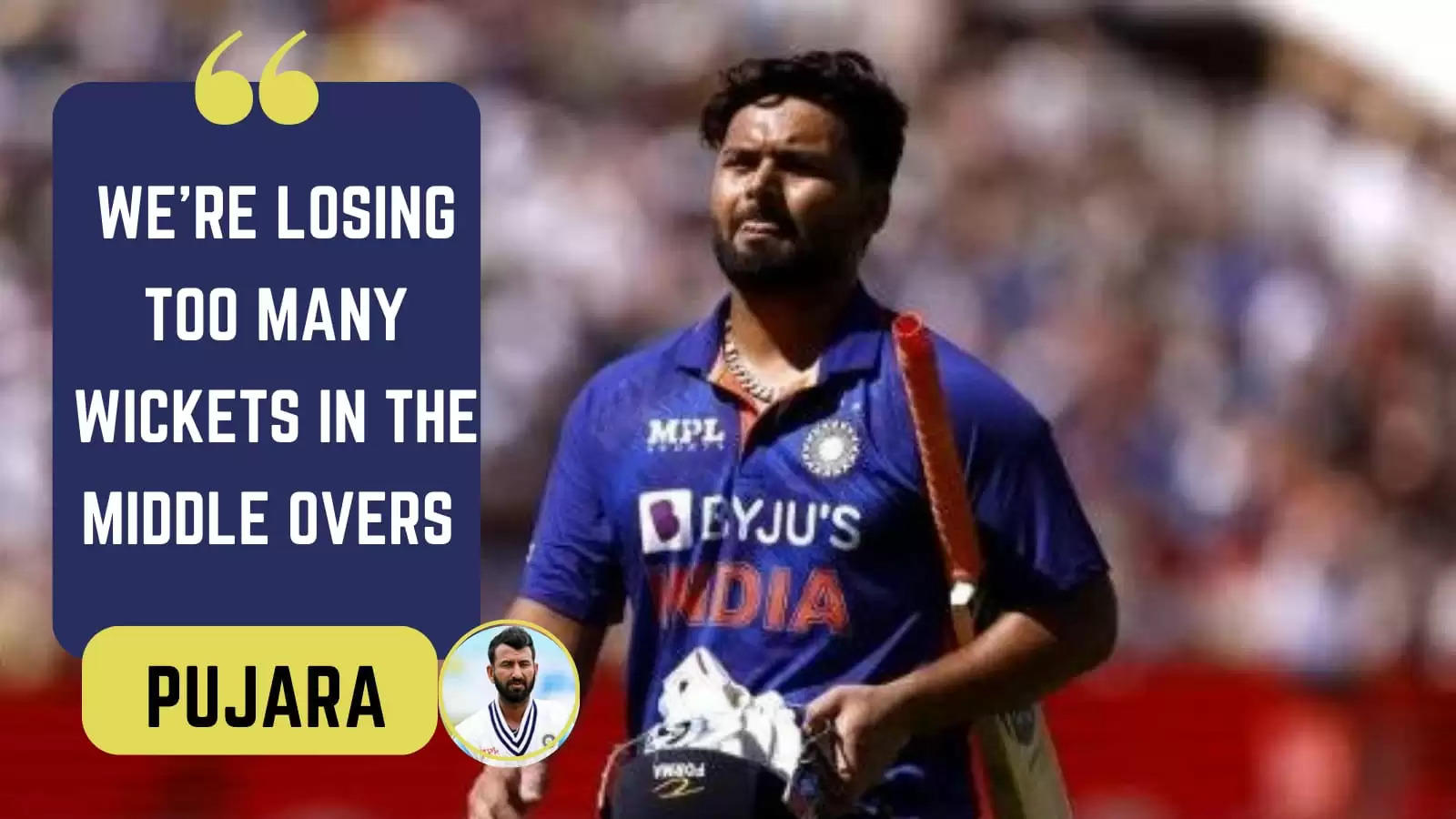 Cheteshwar Pujara believes India's T20I side is plagued by a middle-overs issue with bat in hand and have been losing too many wickets during that stage of the innings in the ongoing Asia Cup 2022.

The Indian Test match stalwart stressed that the Rohit Sharma-led side hasn't been able to maximise the death-overs phase in the tournament because they've been five or six down by the time they enter the 16-20 phase of the innings.

In the irrevocable defeats to Pakistan and Sri Lanka in Dubai, India lost positions of strength during the second half of their batting effort. The defending champions were placed 101/3 at the close of the 11th over mark versus Pakistan but finished with only another 80 runs to their total. They then then went from 110/2 against Sri Lanka to finish with a less-than-ideal 173/8.

These collapses may have again put the spotlight on India's aggressive ways with the bat, questions looming whether they are stepping on the accelerator a little too much and losing ground to the opposition in the process?

Speaking on ESPNcricinfo show 'T20 Time Out', Pujara responded to the query of why India continue be short of runs for the opposition on flat pitches and the Test match No.3 said Rohit & company are losing too many wickets in the middle overs to be able to maximise their time at the death.

"I think it's the middle-overs, the overs between 6 to 15, and then we are not finishing too well. Because we are losing too many wickets in the middle-overs, we don't have proper batters to master the death overs," Pujara said.

The Test specialist urged the team management to quickly "figure out" how to continue pushing the scoring through the middle-overs without compromising on the wickets.

Also present on the show, Robin Uthappa agreed to the idea that India have a personnel issue, wherein they have the wrong men in place for the wrong job. Uthappa cited the example of Deepak Hooda, who made his comeback to the Indian side via runs at No.3-4 for his IPL franchise Lucknow Super Giants (LSG) in IPL 2022 but has been forced to bat No.7 at the Asia Cup 2022.

"See I have always maintained this from the first game. You have to have horses for courses in the sense that you need to have players who play well in certain positions," Uthappa said. "What India have done in the last couple of games is have brought in personnel who aren't playing in their ideal positions."