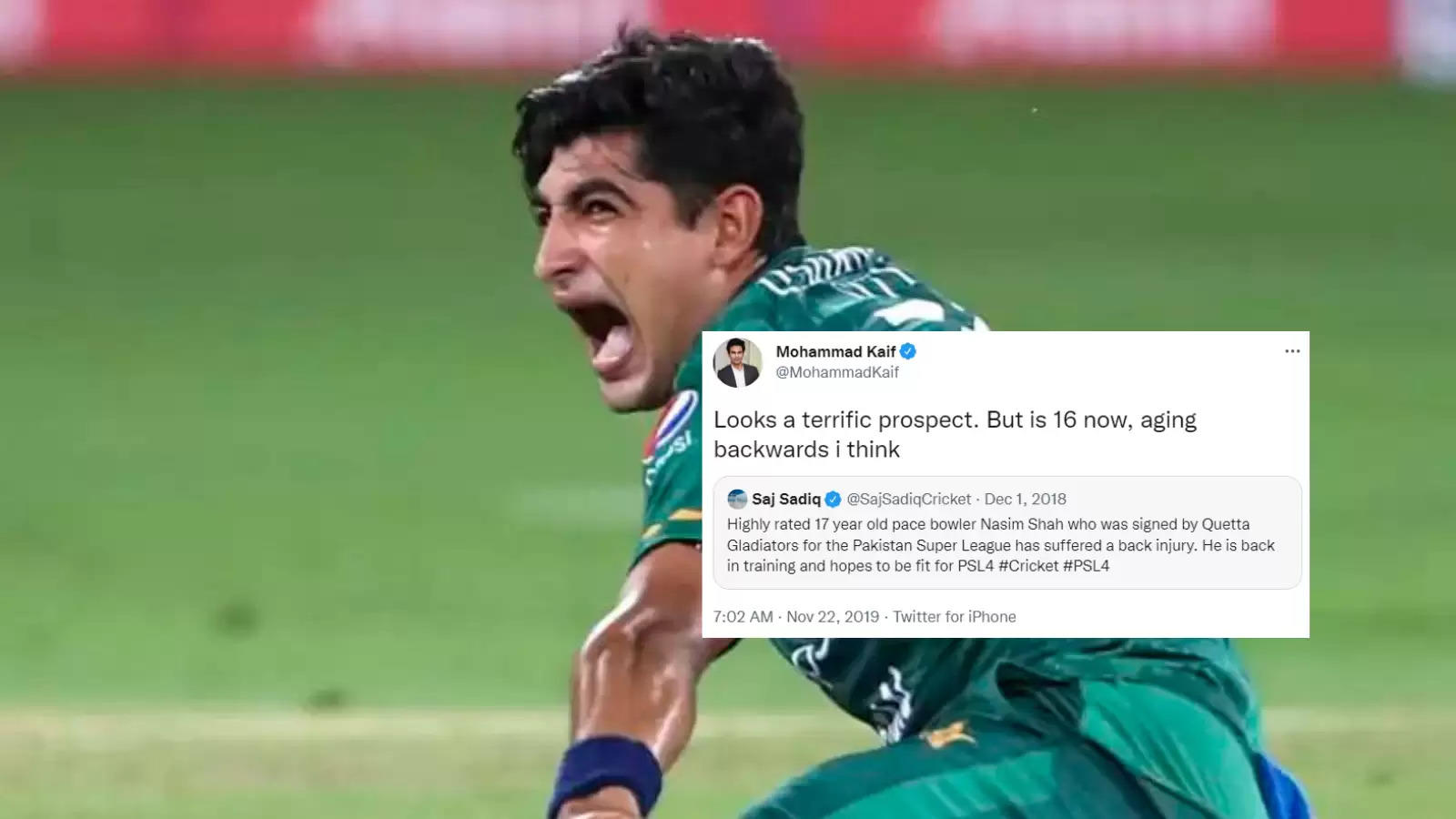 Naseem Shah is under spotlight for allegations of fudging his age after playing the India-Pakistan Asia Cup 2022 clash aged 19.

Naseem Shah is the centre of attention after his tremendous new-ball spell against arch-rivals India in a Group A clash for the Asia Cup 2022. The young Pakistan seamer lit up the Sunday (August 28) night with a superlative opening burst, eventually finishing with figures of 2 for 27 off his 4 overs.

Even though Pakistan lost the close-fought encounter in Dubai, they could take away the spell from Shah as one of their major positives heading deeper into the tournament.

After such an encouraging spell on his T20I debut, the talk on Naseem Shah should've revolved entirely around his on-field exploits only. But the Pakistan seamer is under scrutiny off the field after claims of age-fudging against him.

The 19-year-old quick is under the spotlight for allegations of registering with an incorrect age after a backdated tweet posted about him resurfaced on Twitter after the India-Pakistan encounter.

The tweet was posted by Pakistan-based journalist Saj Sadiq, who had informed of a back injury that the pacer suffered ahead of his PSL 2019 stint with the Quetta Gladiators. In the tweet, dating four years back, Sadiq mentions Naseem Shah as a 17-year-old fast-bowler, which makes it curious how he is playing the ongoing Asia Cup as a 19-year-old.

Looks a terrific prospect. But is 16 now, aging backwards i think https://t.co/frlg06ZIFk

Two years after Sadiq mentioned of Naseem Shah as a 17-year-old cricketer, he became the youngest quick in the history of Test cricket to bag a hat-trick against Bangladesh in Rawalpindi. Shockingly, Shah entered this game as a cricketer aged 16, which is impossible if the tweet from the Pakistani journalist was true.

How could Naseem Shah be aged 16 years and 279 days at the point of taking his hat-trick in February 2020 and be 17-year-old two years previously when he got injured in December 2018 before the PSL 2019?

In another strong hint that Shah had potentially age-fudged his way through his domestic career came a month before the Rawalpindi Test match, when he was ruled out of the U-19 World Cup in South Africa by the Pakistan Cricket Board (PCB).

Wary of claims of Shah breaking the regulations after failing to ascertain his exact age, PCB withdrew Shah from taking part in that year's junior 50-over World Cup.

"Sources said that PCB's doctors in their reports could not ascertain Shah's exact date of birth because they are of the view that no reliable scientific way is available to determine that while no international sporting bodies recognizes bone test as the authentic parameter to decide any player's age," reported The Dawn at the time.