KL Rahul made a painstaking 36 off 39 versus Hong Kong after a first-ball duck against Pakistan at the start of the Asia Cup 2022.
By Kashish Chadha Sat, 3 Sep 2022 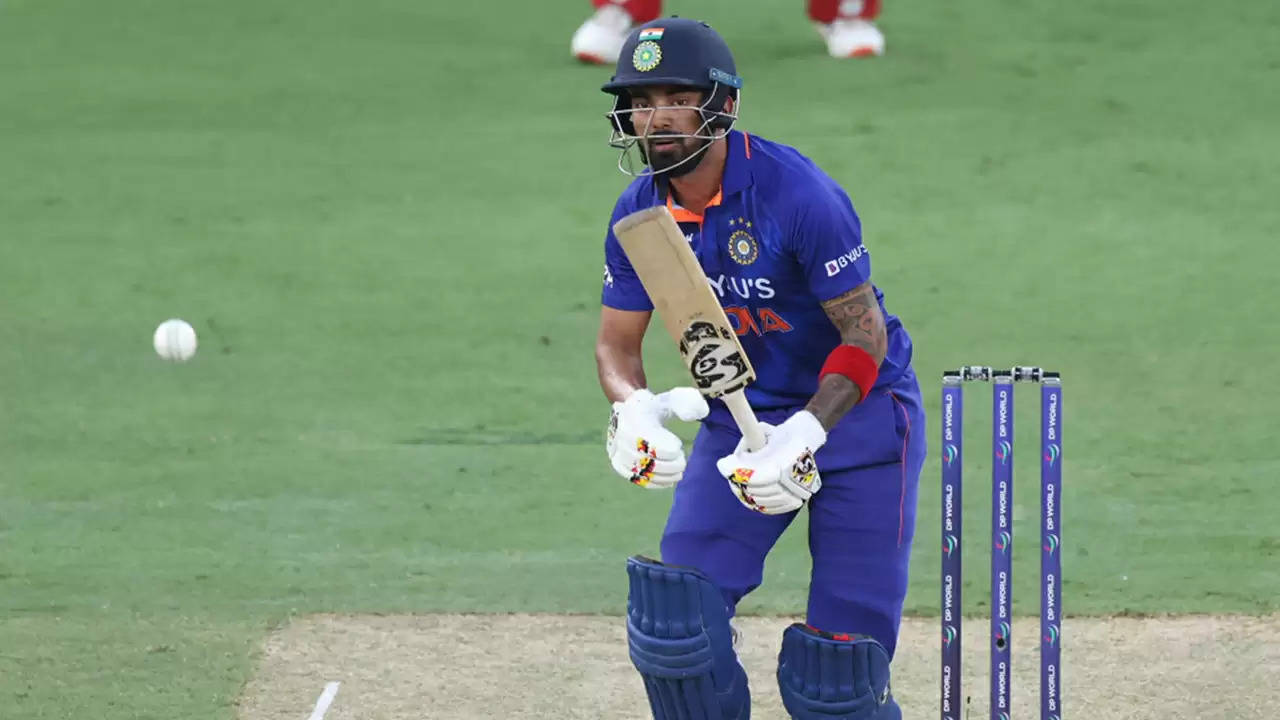 KL Rahul looked woefully out touch and intent through his vigil at the crease versus Hong Kong.

Former India batter Rohan Gavaskar came out in support of an underfiring KL Rahul after his painstaking vigil versus Hong Kong in the Asia Cup 2022 fell under heavy scrutiny. Gavaskar, however, also said India would be prepared for a change in their plans and playing XI if Rahul continues to bat the way he did on Wednesday (August 31) in Dubai.

While it is understood that the opening batter needs more time in the middle to regain his flow having just made a return to the side, Rahul's innings was a disappointing one as he showed negligible intent to maximise his stay in the middle.

Despite starting off inside the powerplay overs, facing an inexperienced attack, KL Rahul collected only 36 runs off 39 balls, going at a strike-rate of 92.31. This, after he was out first-ball in the match against arch-rivals Pakistan on Sunday (August 28) in India's campaign opener.

The match against Hong Kong was a great chance for Rahul to blast his way back to form but the player's self-imposed shackles meant he is one of India's worries heading deeper into the tournament.

Speaking on the Sports18 show 'Sports Over The Top', Gavaskar tried to understand why KL Rahul may have batted the way he did against Hong Kong. The ex-cricketer turned commentator said the team management might have told the player to go out and bite his time in the middle since they would've been confident of securing a victory versus the associates regardless of their opener goes.

"Look, you know, I think he's coming back from a long, long injury layoff. He didn't get too many opportunities in the West Indies (didn't travel due to Covid-19). And I think if you look at Wednesday's (yesterday's) innings in isolation and you look at you say, 'okay listen, 36 of 39 deliveries against Hong Kong seems to be slow'," Gavaskar said.

"But I think in this case the team management would have said to him, 'this is a bit of a free hit', you know, you know 999 times out of 1000, you're going to win against Hong Kong. So, this was a bit of a free hit, saying 'K.L, take your time out there, get set, get a feel out there being in the middle and then we'll see how it goes'," he added.

But Gavaskar agreed Rahul batting at this strike-rate is simply unsustainable for India against quality opposition and that the team management may have to consider a change at the top if he continues to bat in this vein.

"If he continues to bat like he did in Wednesday's (yesterday's) game, then I think, you know, we might see a bit of a change," he said. "But I think (on) Wednesday (yesterday) there might have been some suggestion from the team management saying don't worry about strike rate for this particular game."

"Just worry about spending time in the middle, getting some runs, getting some confidence. Because we all know a confident K.L Rahul is an asset to the side," Gavaskar added.

Missing from the action after the end of IPL 2021 due to a combination of injuries, surgery and Covid infection, KL Rahul is playing his first set of T20Is for the year for India via this Asia Cup.

With growing competition for spots, the player will have to produce strong performances in the Super 4s stage, where India play their next match of the tournament against Pakistan on Sunday (September 4).