Sri Lanka were reduced to 5 for 3 after a contentious on-field decision was upheld on the DRS.
By Kashish Chadha Sat, 27 Aug 2022 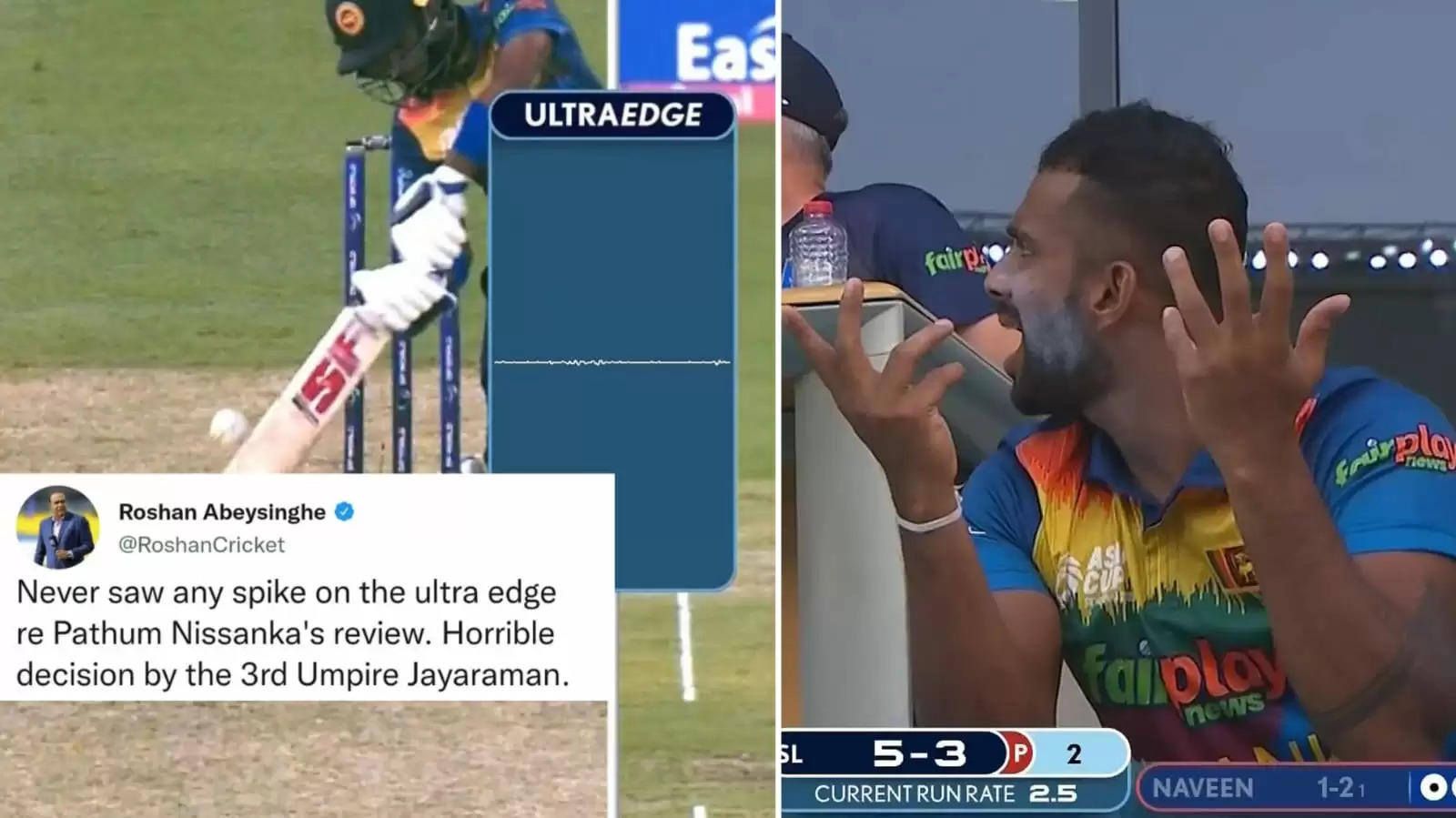 The third umpire declared Pathum Nissanka out caught despite no spike on the ultraedge.

It didn't take long for things to heat up at the Asia Cup 2022, with a controversial umpiring call leaving Sri Lankans baffled in their opening Group B clash against Afghanistan on Saturday (August 27).

At the receiving end of the contentious decision was Sri Lanka's opening batter Pathum Nissanka, who was given out caught despite the replay on the DRS review showing absolute no spike on the outside edge.

Going for a big wild slog through mid-wicket against Afghan seamer Naveen-ul-Haq, the right-hander ended up missing the delivery, which was duly collected by the wicketkeeper Rahmanullah Gurbaz before he erupted in a confident appeal.

To his delight, standing umpire Anil Kumar Chaudhary gave the decision in his team's favour, leaving Naveen and the rest of the Afghanistan players jubilant.

But the scene was of complete contrast for Nissanka, who found no respite with the DRS. The third umpire declared him out even with no spike on the ultraedge as the ball went past his moving willow on a close-in replay.

The incident happened at the close of the second over in the Sri Lankan first-innings batting effort. With his team reeling at 5 for 2, Pathum Nissanka tried to put the pressure back on Afghanistan by going after their seamer Naveen-ul-Haq.

But to his dismay, the right-hander ended up making a meal of his attempted big shot to the on-side and missed the ball completely on his stroke.

Collecting the ball safely, Afghan keeper Rahmanullah Gurbaz went for a successful appeal for the caught behind, triggering a DRS intervention from Nissanka.

The replay of the caught behind appeal confirmed there was a slight gap between the bat and the ball, giving Nissanka relief he is about to be given not out.

The batter's relief, however, was shortlived since the third umpire looked over the no-spike fact on the ultraedge and gave him out on the woody sound that he perhaps heard through the stump mic.

Pathum Nissanka couldn't believe his misfortune at all, with his teammates in the dugout as well as head coach Chris Silverwood also carrying a look of absolute disbelief on their faces.