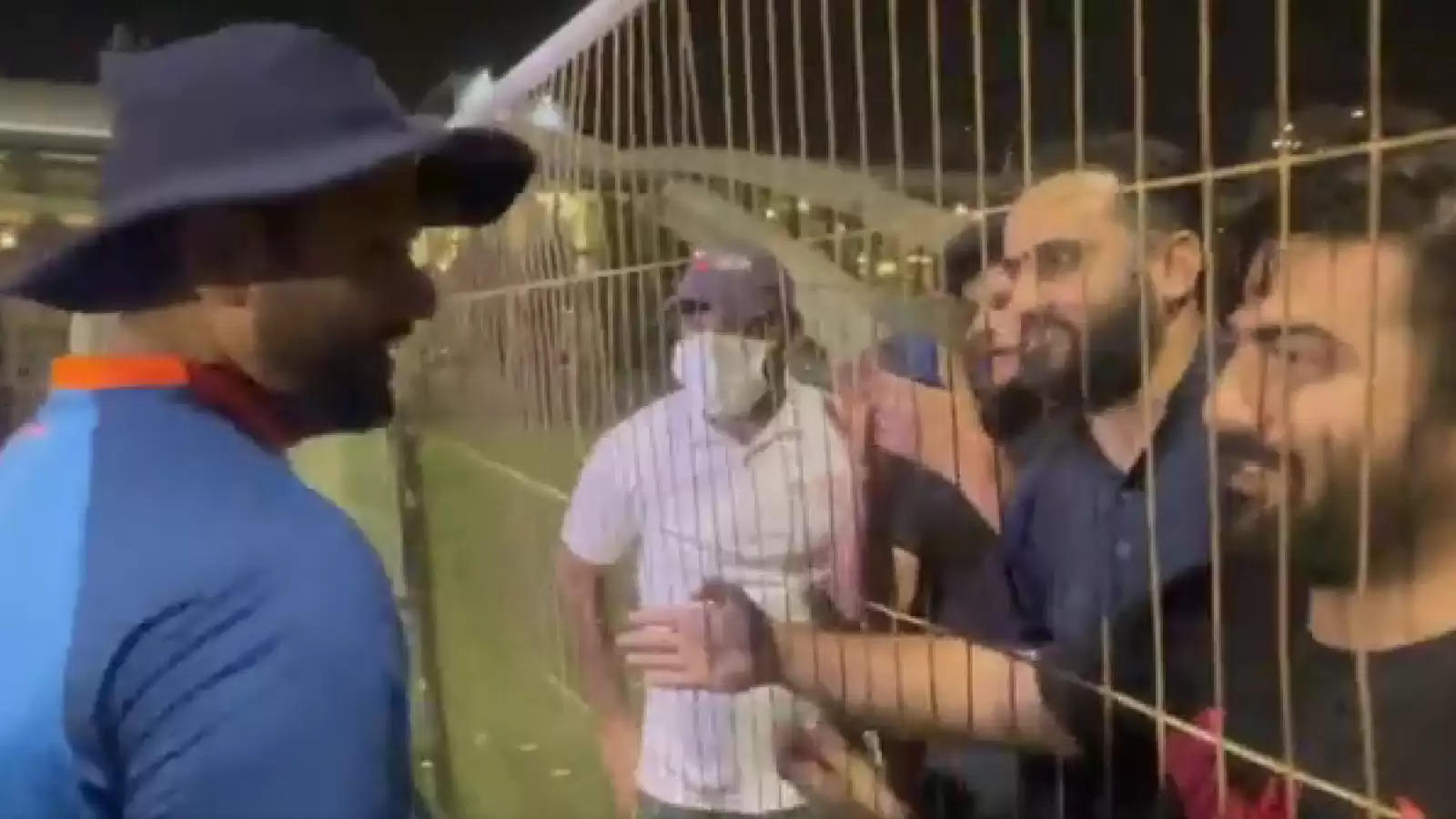 India and Pakistan will face off in Dubai on Sunday, August 28.

The India vs Pakistan rivalry is known for its intensity, and surfaces through and through when players step onto the field. On the other side of the ropes though, exists a great sense of admiration and support among the players, and the unconditional support from the fans adds to its beauty.

A group of fans was seen cheering for India skipper Rohit Sharma, who was near the boundary at the ICC Cricket Academy after the team’s training session on Sunday, August 28. As the fans went on, Rohit approached them on demand for handshakes and photographs. The group and Rohit were separated by a fencing, and a Pakistan fan demanded for a hug from his hero, and the 35-year-old fulfilled his request in a heartwarming gesture.

With Pakistani fans asking for a hug, @ImRo45 stepped out of the ground and went and greeted them ! #INDvsPAK #AsiaCup2022 pic.twitter.com/xAWYDgg3Iz

The teams are gearing up for the Asia Cup 2022, which gets underway on Saturday, August 28, with Sri Lanka taking on Bangladesh in the opener in Dubai. India and Pakistan will face-off at the same venue on Sunday.

Pakistan have suffered major injury setbacks ahead of the competition, with speedsters Shaheen Afridi and Mohammad Wasim Jr ruled out with injuries. Mohammad Hasnain and Hasan Ali have been named the respective replacements.

Sri Lanka, Afghanistan and Bangladesh are the three teams in Group B, while Group A comprises India, Pakistan and Hong Kong, who recently went undefeated in the tournament qualifier, which also featured the UAE, Singapore and Kuwait.

India is the most successful team in the competition’s history, with seven title wins, while Sri Lanka and Pakistan have won five and two editions respectively.

Asia Cup memories: When ‘Captain Cool’ MS Dhoni lost his temper over umpire’s ear-piece during an India vs Pakistan encounter

A Look at Memorable India vs Pakistan Asia Cup encounters