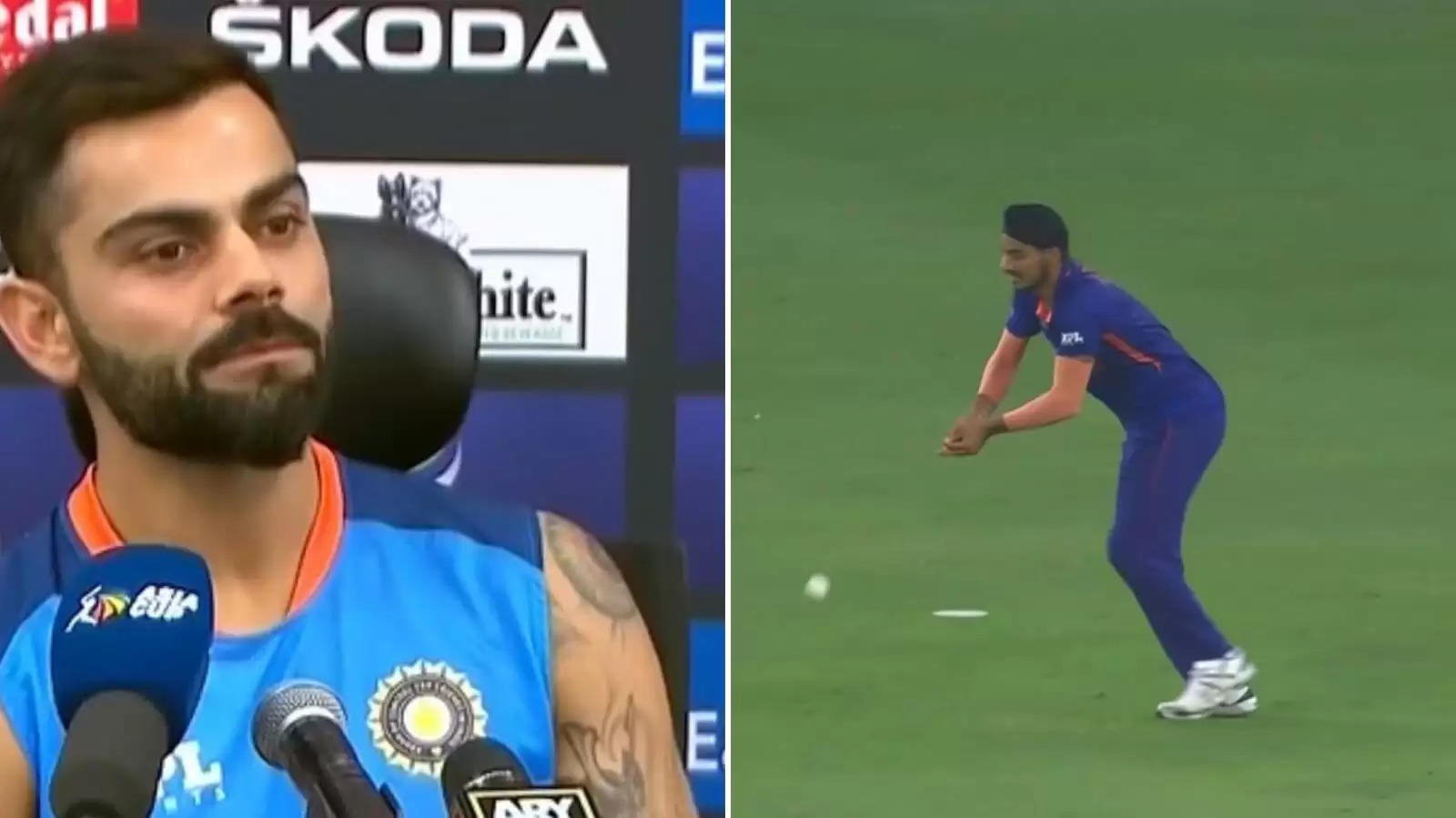 Virat Kohli backed Arshdeep Singh amidst excessive criticism for his drop catch by recalling his own example.

Virat Kohli came out in defence of his young Indian teammate Arshdeep Singh after his costly drop catch in the critical end phase of the Asia Cup 2022 Super 4s clash against Pakistan attracted extreme reactions on social media.

The batting stalwart protected Arshdeep amidst the criticism he is facing for a casual attempt at taking a comfortable grab in the 18th over of the Pakistan run-chase. Needing 32 off 15, hard-hitting batter Asif Ali ended up splicing his attempted big hit against wristspinner Ravi Bishnoi to the short-third region.

Placed there, Arshdeep was expected to easily pouch on the ball and give India what could've been a decisive blow into the Pakistan quest. But the fielder ended up making a meal of it, dropping the easiest of catches to allow Ali to continue his innings and take Pakistan home eventually.

Even a tight last over could not redeem Arshdeep amongst a section of fans, who went after the cricketer for his drop catch, before he found some support from prominent faces in the set-up.

One of them, Virat Kohli responded to the queries from the press about the fielding mishap and gave his own example to reinforce how the youngster maybe feeling right now.

"See mistakes can happen from anyone under pressure," Kohli said on Arshdeep. "It was a big match, the things were tight. So we all....(tried to support him)."

The Indian batting great then recalled the early part of his own career to sympathise with the young seamer, reminiscing of his own failure against Pakistan in the 2009 Champions Trophy in South Africa.

"I remember my first match of the Champions Trophy, I was playing Pakistan and ended up playing a very bad stroke to be dismissed facing Shahid Afridi. I could not sleep, kept staring at the ceiling till 5 am and thought to myself I will never get an opportunity again, my career is over," he said.

For Kohli, India's current team environment is such that everyone will rally around Arshdeep and make sure he is looking forward to the next opportunity of taking a catch that helps the team win. He credited coach Rahul Dravid and skipper Rohit Sharma for creating an atmosphere like that.

The Arshdeep Singh drop catch attracted a mix of reactions on Twitter; while some accused him of letting the team down in the heat of the battle and inhumanely went after his religious inclinations besides horribly questioning his nationalistic faith, some held their backs behind the cricketer, understanding as Kohli did that mistakes can happen from anyone under pressure.

Either side of that drop catch, Arshdeep had an impressive outing with the ball for India. The left-arm pacer delivered a spell of 1 for 27 off his 3.5 overs, being one of only two Indian bowlers alongside Ravi Bishnoi (1/26) to have shined through the unsuccessful defence of 182-run target.