Virat Kohli revealed that MS Dhoni was the only one to call him after he left India's Test captaincy despite many having his number.
By Staff Writer Mon, 5 Sep 2022 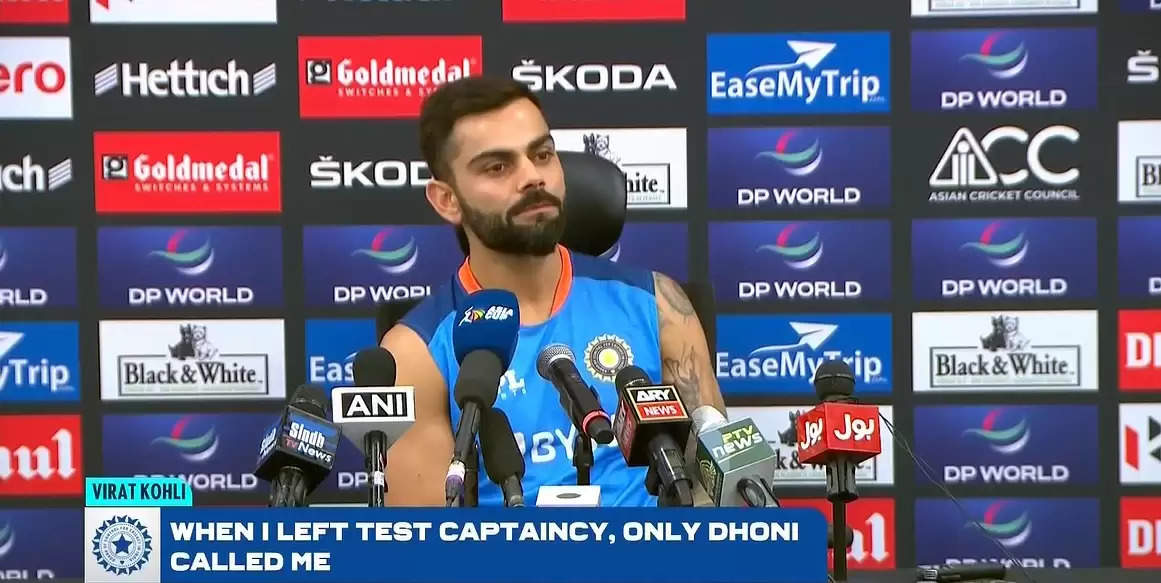 Virat Kohli was speaking to the press after India's loss to Pakistan in the Asia Cup despite his fighting half-century in the first innings. He stated that MS Dhoni was the only one to call him after he left Test captaincy and slid across a snide at some critics for not reaching out to him if they had genuine concerns for his form or improvement.

“Dhoni was the only one who texted me when I left Test captaincy. Many people have my number but nobody except Dhoni thought about texting me. They give a lot of suggestions on TV but nobody reached out to me individually," Kohli said.

"I've a special bonding with MS Dhoni. There are some connections which are genuine and it has some security. We aren't insecure & have respect for each other. If I want to help someone, I'll reach out to him individually. I won't give him suggestions in front of the public as that doesn't have any value for me."

"If you genuinely want someone to improve, you can give them suggestions one on one as well. These things matter a lot to me because I want to live my life with honesty and in my own way."

"After Ieft test captainship, Dhoni called me, no one else did" - Kohli. @imVkohli as honest as he can be. And @msdhoni you are a living legend. On nd off the field. #INDvsPAK #ViratKohli #MSD #icc pic.twitter.com/HS0AE2RZew