How will Cricket NFT Platform Rario bring fans closer to the game?

Rario has been associated with several top stars including Rishabh Pant, Rashid Khan, Dinesh Karthik, Faf du Plessis, Zaheer Khan and Virender Sehwag among others and is changing the way we watch the game
By CX Staff Writer Mon, 9 May 2022 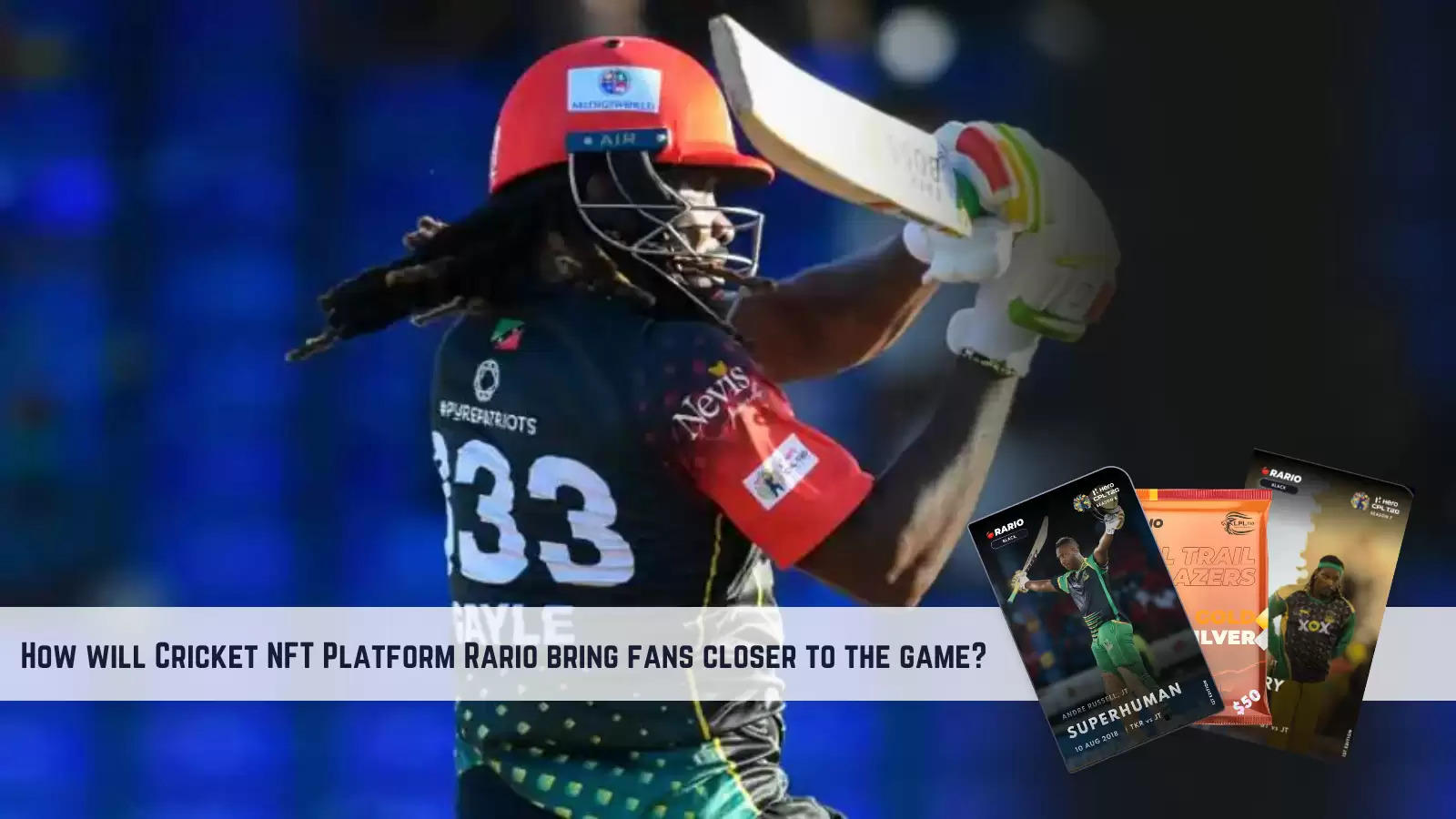 Rario has been associated with several top stars including Rishabh Pant, Rashid Khan, Dinesh Karthik, Faf du Plessis, Zaheer Khan and Virender Sehwag among others and is changing the way we watch the game.

There's so much cricket going on right now that it's impossible to feel that there's no saturation point. With multiple channels and streaming platforms to follow the game, any time you want to watch cricket, there's something or the other going on.

How then do you draw the fans to the game consistently? You could start a million tournaments, but to consistently gain the attention of viewers you need them to be invested in it as much as the players are. This is why fantasy gaming is such a rage. So are Cricket NFTs.

Now, more than ever, fans have a reason to watch the game and get hooked on to them because before you know it there's this one moment that's so attention-drawing that you want to add it to your museum of cricket moments.

Have you heard of Rario, the Cricket NFT platform that helps you form your own Cricket Museum?

It's like forming a collection of highlights, but only the best of the lot, that's curated by you and Rario helps you do it through their marketplace, where you can trade, buy or sell iconic cricket moments. You get to own a special piece of action in the field and call it your own! How good is that?

Rario has partnered with several international stars and Leagues and have an exclusive collection of videos and player cards in their platform that you could buy easily to add onto your collection and flaunt in front of your friends.

Rario’s recent partnership with Cricket Australia and Australian Cricketers’ Association also means that you would soon be able to get your hands on all the memorable cricket moments that have taken place in Australia.

The platform has already joined hands with major T20 leagues like Lanka Premier League, the Caribbean Premier League, Abu Dhabi T10 League and the Legends League Cricket. All exciting action of these tournaments is already available on the platform.

What more do you need to be more invested in the game and start loving it all over again? Because now, unlike before, you are a part of the action too. When you watch a six or a spectacular run out or a brilliant diving catch, you aren't just able to savour the moment, but also have the option of owning it.

Rario has divided its cards into four tiers, based on how special the moment is, which decides its rarity and circulation. The tiers in ascending order of rarity are Silver, Gold, Black and Unique. The more rare the card is, the higher price it is likely to sell for. Fans can go to the Rario Marketplace and search for the digital collectibles they are willing to trade.

There’s plenty more coming from Rario, which is backed by Dream Capital, the Corporate Venture Capital and M&A arm of Dream Sports.

Sign up on Rario to buy, sell and trade player cards and cricketing moments.