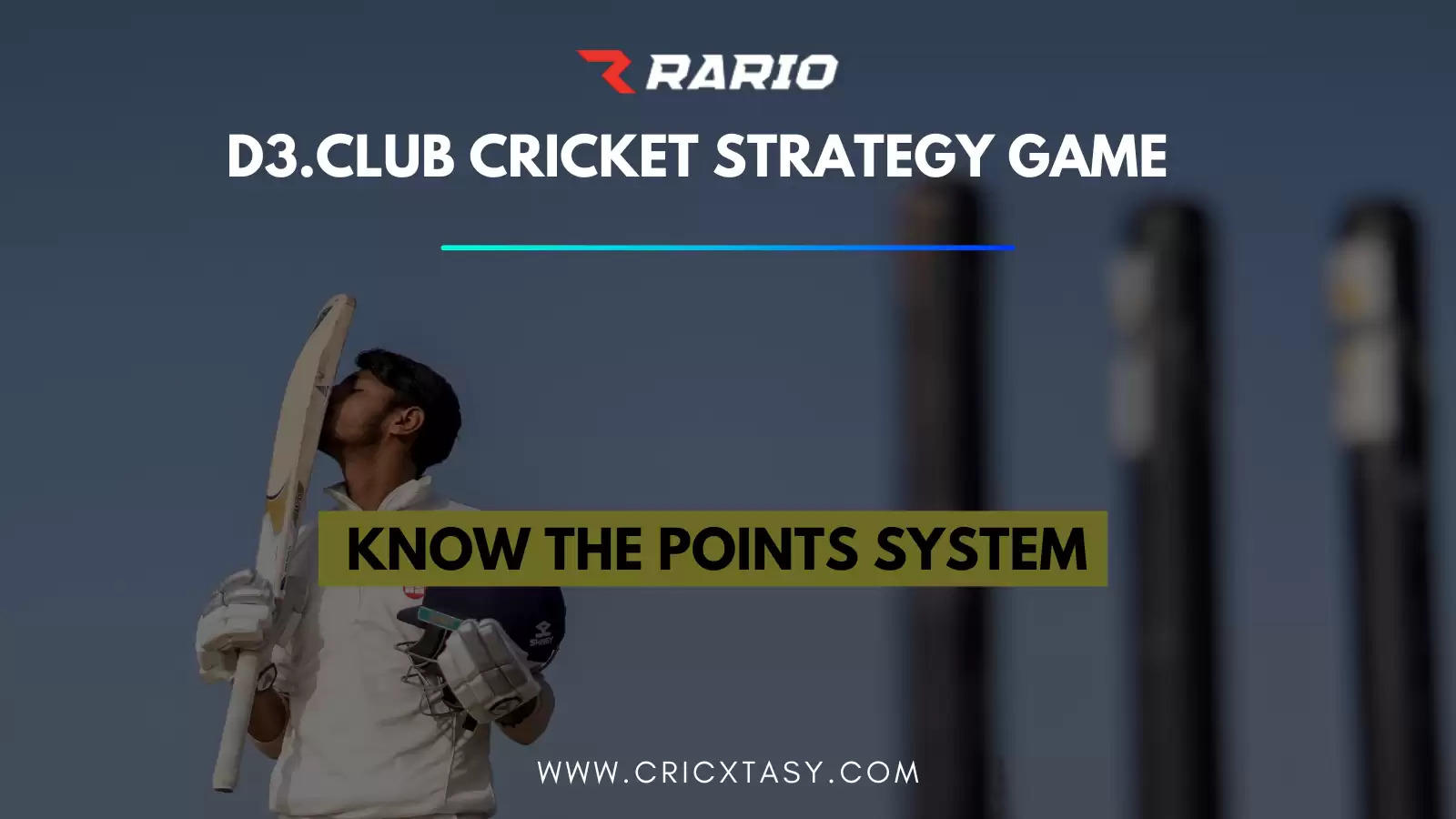 Before you jump into this, take a look at what Rario's Cricket Strategy Game on D3.Club is here.

In Rario’s d3 club game, total points of a player card in a contest is calculated by the following formula:

The base points in the above formula are calculated on the basis of a given player’s performance in the match in terms of his batting, bowling, fielding and various other factors.

The base points are based on the player's performance in the match.

Each run fetches a point, and there are additional points for fours, sixes and milestones like 30 runs, half-century and a hundred, while two points are deducted for a dismissal for a duck.

If a player gets points for a century, points for 30s or fifties won’t be added up. Additionally, there are no points awarded for T10 games.

The on-strike batter will be credited runs as well as the points in case of an overthrow. However, there would be no boundary bonus points if the overthrow gets to the ropes. 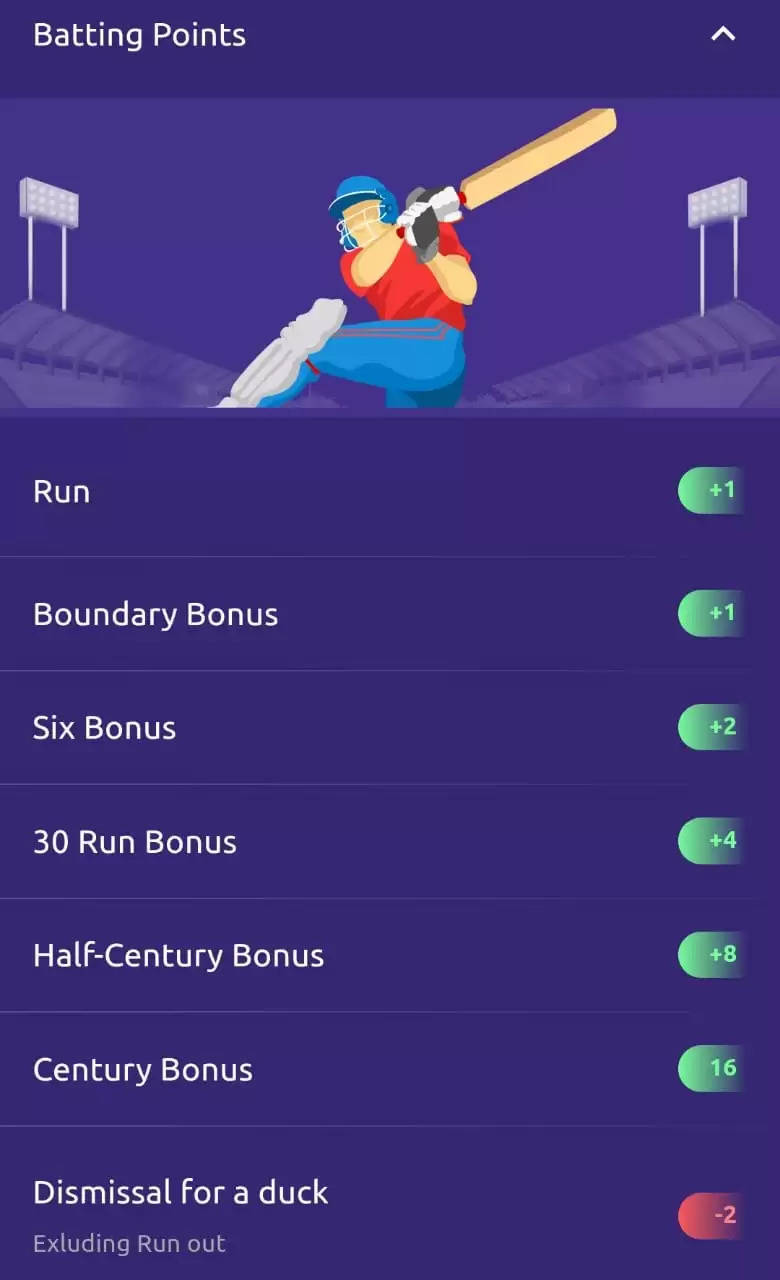 The bowling too, as indicated below, fetches points for its major components like wickets - 25 points (excluding the run-outs), and hauls of three, four, five or more wickets. There’s a bonus if the dismissal is either bowled or leg-before, and a 12-point bonus if a maiden over is delivered. 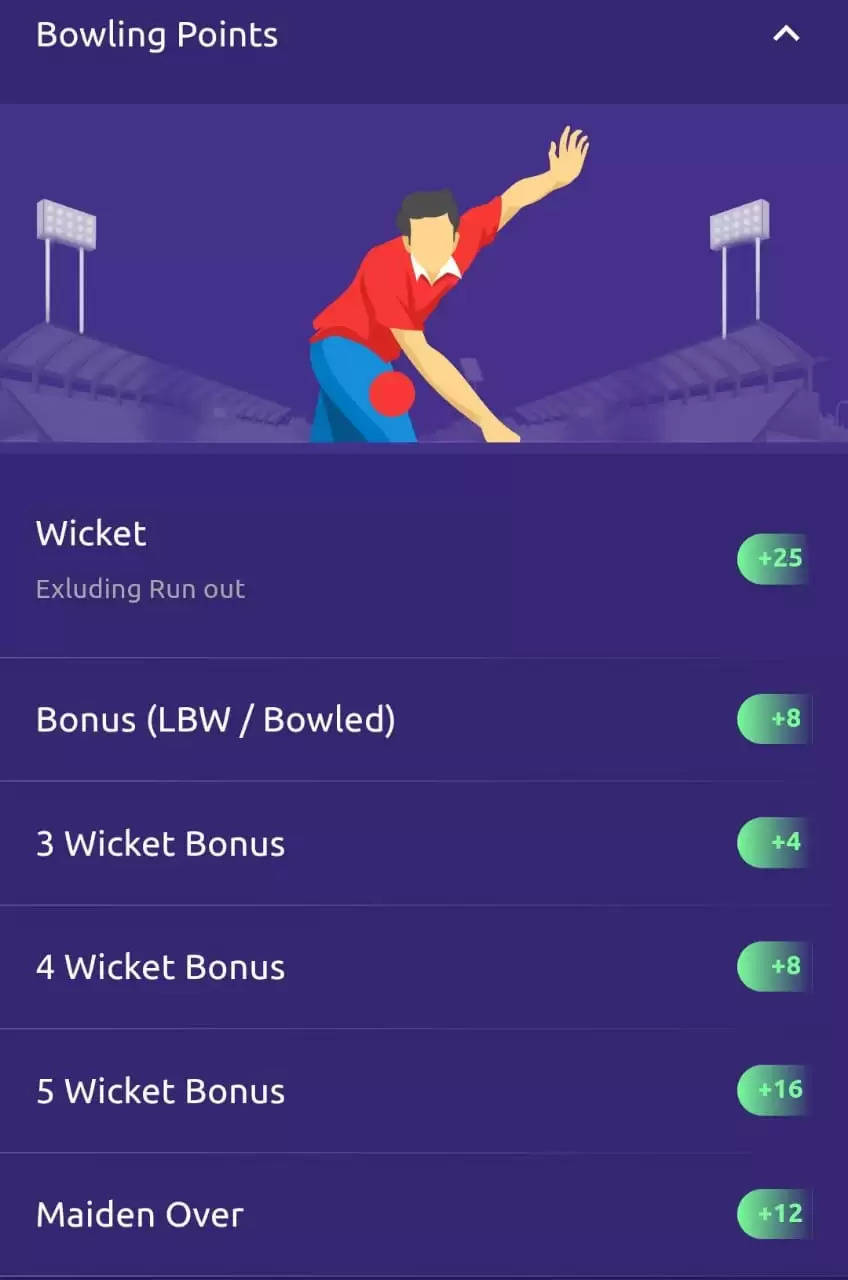 On the fielding front, points will be awarded for catches, stumpings, run-out - whether via a direct hit (12 points) or not a direct hit (6 points). In case of a non direct-hit runout, points will be awarded to the last two fielders touching the ball. Players with more than three catches will get four points as a three-catch bonus. For instance, a player taking six catches will not get eight points. 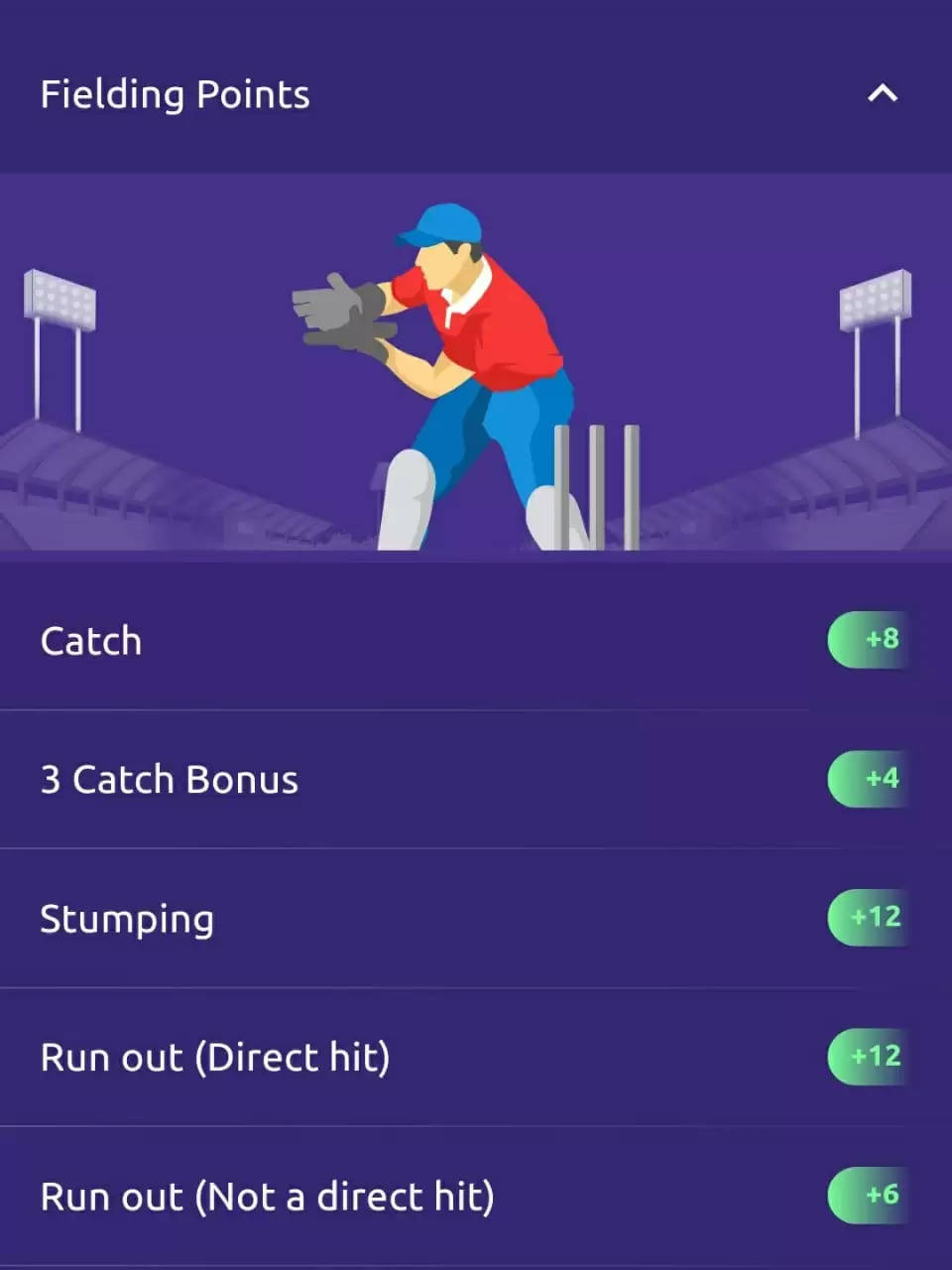 In terms of captaincy, the points tally will be doubled for a captain. There are four points for in-announced line-ups.

The economy-rate points are distributed as shown in the graphic above, for a minimum of two overs being bowled. 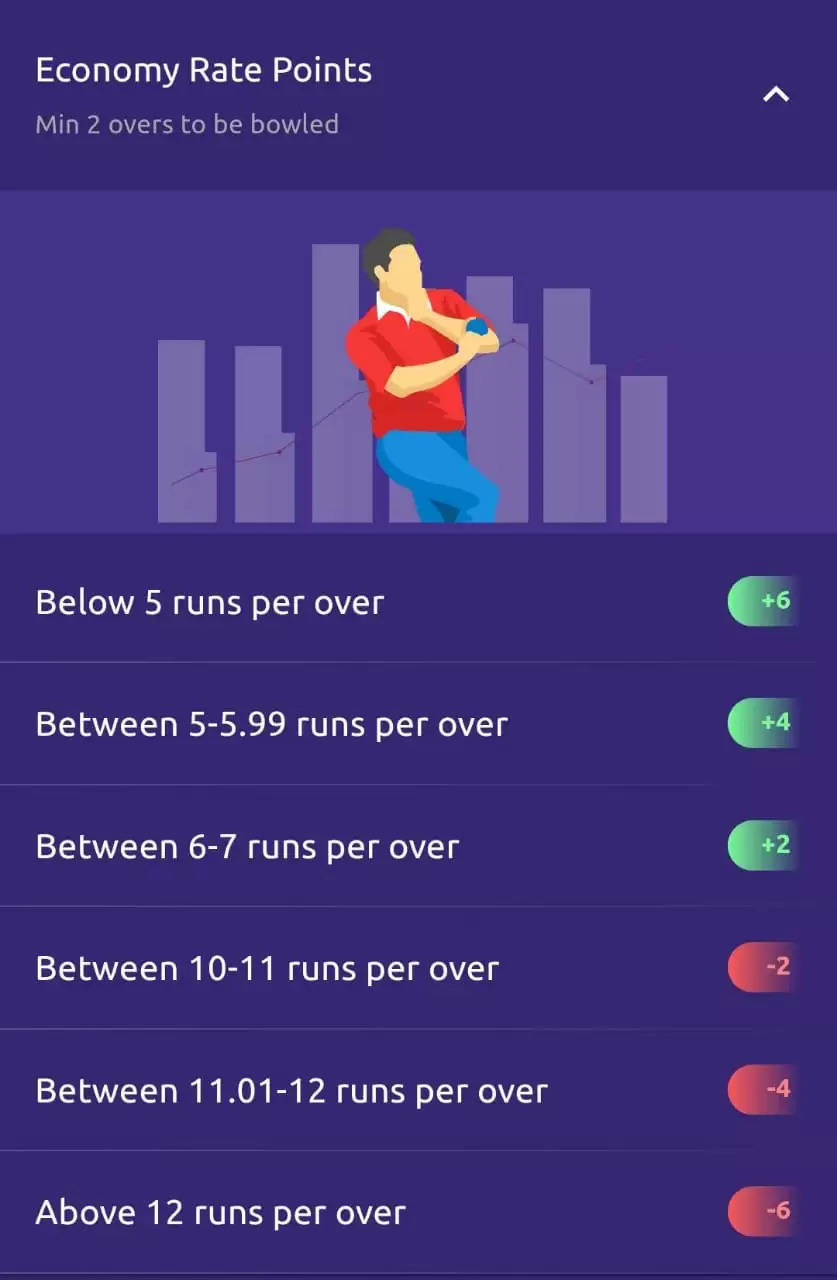 The batter is rewarded for high strike-rate as follows:

Batters with below-par (less than 70) strike-rates will get negative points: 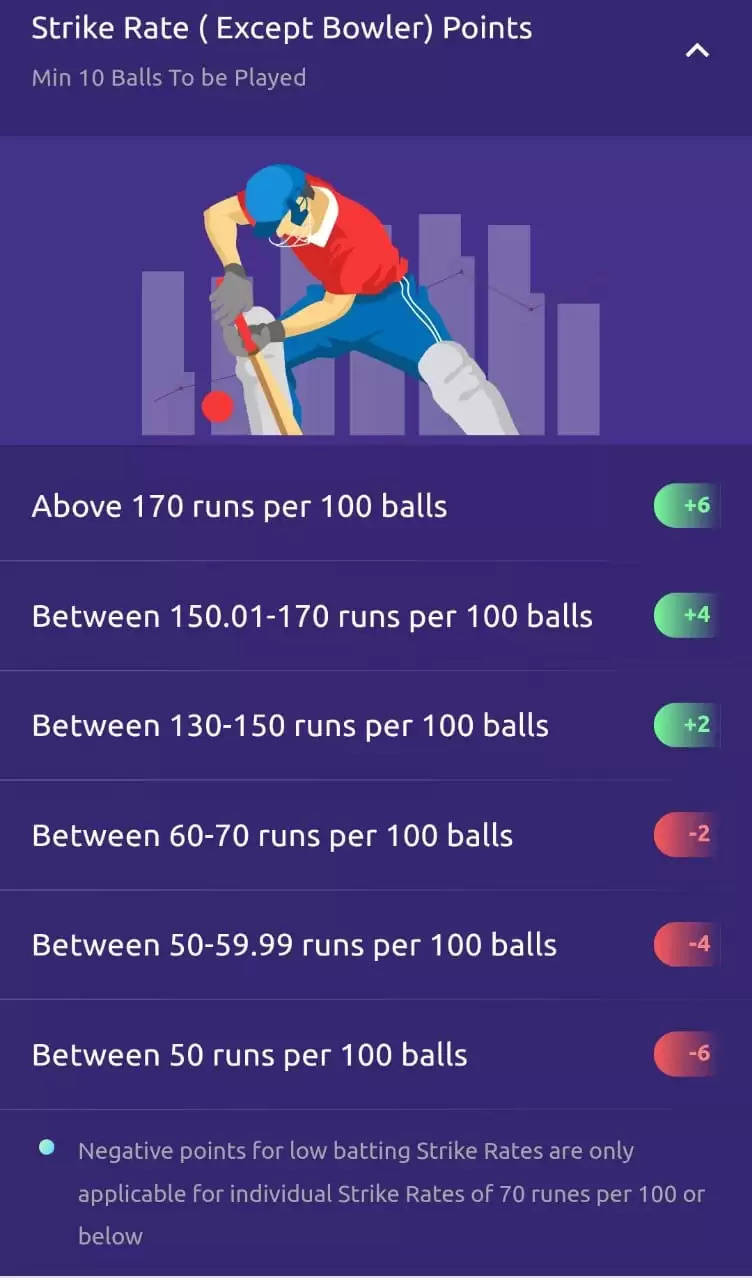 Needless to say, if you have three black cards, the better you’re likelier to do in case you get a boost.

XP Boost is the boost obtained whenever a player plays a match. This is calculated on the basis of the XP on the card while joining the contest.

XP of each card purchased from the primary market begins from zero.

XP on a card will increase at the end of the game:

New XP will be available for the next match.

Higher the category, higher the maximum XP that can be earned on a card.

The below graphic explains how a player card’s total points can be calculated using the formula stated earlier: 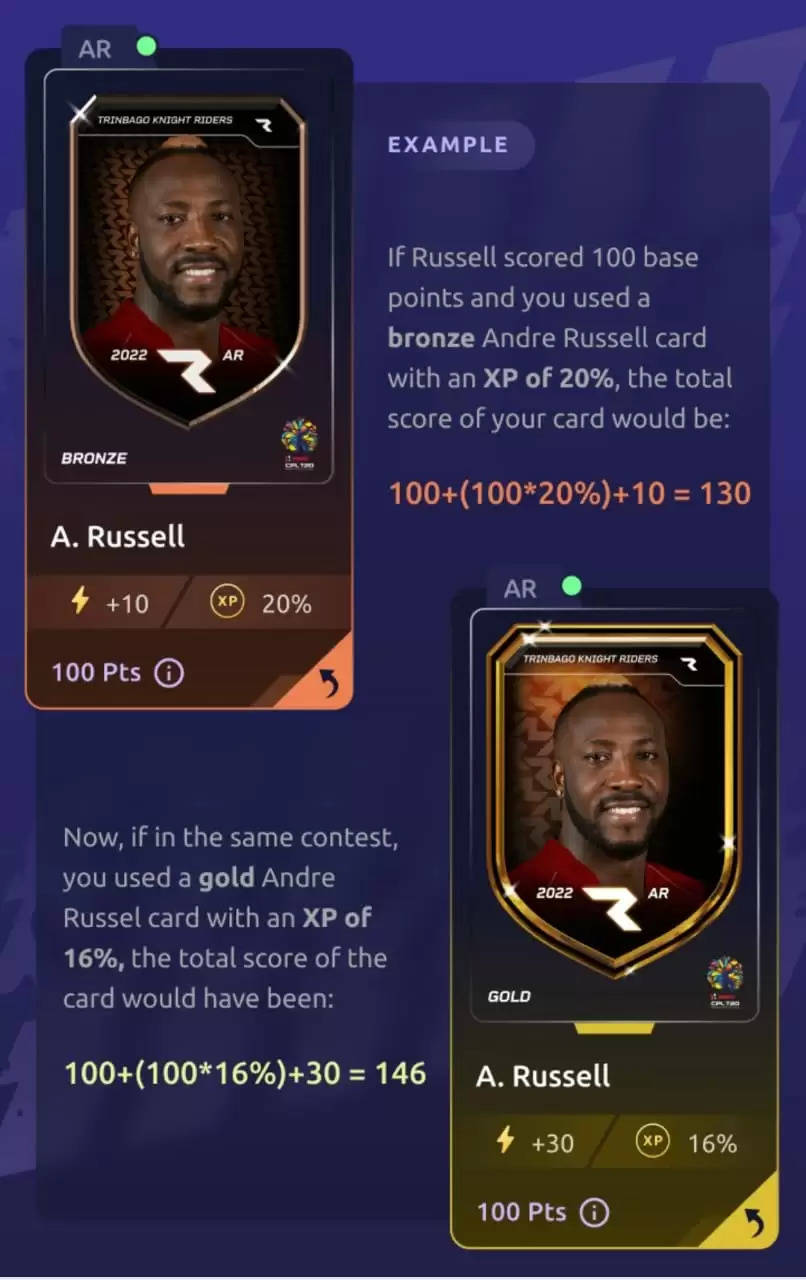 In case of a tie-breaker, the user ranks would be decided by: