A left-arm pacer with an incredible body of work, Zaheer Khan, remains one of the best fast bowlers produced by India.
By Rohit Sankar Sat, 23 Apr 2022 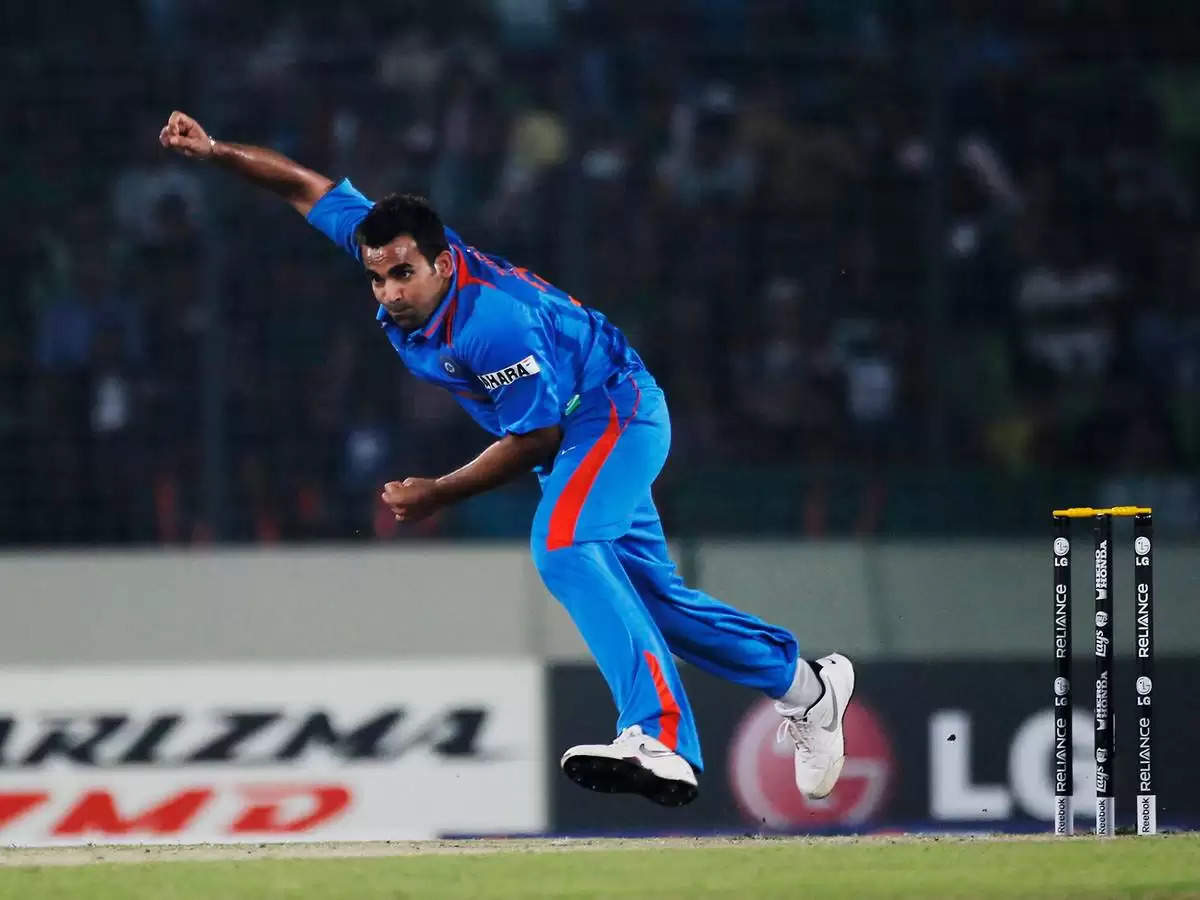 In an era where India was known for its tremendous batting riches and world class spinners, Zaheer Khan was the leader of their pace bowling across formats and often shouldered the responsibility of being the country’s strike bowler in a career spanning 14 years.

A left-arm pacer with an incredible body of work, Zaheer Khan, remains one of the best fast bowlers produced by India.

An integral part of India's surge to No.1 rank in Tests back in 2009 and the hero of the MS Dhoni-led 2011 World Cup champion team, Zaheer played 92 Tests, 200 ODIs and 17 T20I matches for the country. Some of his best moments for India are now listed on the Cricket NFT Platform Rario and can bought by fans to cherish and become the proud owner of a cricketing moment from a stellar career.

A hero and saviour from times when India's pace stocks weren't as healthy and prospering as they are in the contemporary game, he was an integral part of the Indian team's success for close to 15 years.

Starting as a tearaway fast-bowler, who gradually developed into a more consistent, efficient force with the addition of swing both ways, Zaheer Khan took 311 Test and 282 ODI wickets in his international career before retiring back in October 2015.

A rounded bowler that aced the Kookaburra in South Africa and Sri Lanka, the Dukes in England and the SG ball in India, he produced many spectacular spells that remain etched in the memories of Indian fans. Today, we recall five such outstanding performances, some of which can be bought by you from the Cricket NFT Platform, Rario.

Zaheer ended with 597 wickets in international cricket, the second most for an Indian fast bowler after Kapil Dev. He is also known for introducing the ‘knuckle ball’ variation to the international game.

Zak’s career had some memorable yet rare moments. We take a look at the most ‘Rario’ moments of Zaheer’s cricketing journey:

Zaheer was the joint-highest wicket-taker of the tournament with 21 wickets and one of the protagonists of India’s victorious campaign. While he was consistent throughout and never went wicketless in any match, two performances of his stood out.

In the match against England, he returned to bowl when England needed 59 runs in eight overs with eight wickets in hand chasing 339. Zaheer bowled an incredible spell of three overs taking 3 wickets for 11 runs to bring India back into the game. The match ended in a thrilling tie and if not for Zak’s magical spell, England were on course for a win.

Zaheer also bowled brilliantly with the new ball in the World Cup Final against Sri Lanka, with figures of 5–3–6–1 in his opening spell where he dismissed Upul Tharanga and restricted Tillakaratne Dilshan and Kumar Sangakkara. Though he later conceded a few runs at the death, his new ball spell was important in denying Sri Lanka a bigger total.

In the last over of India’s innings during their ODI against Zimbabwe in 2001, Zaheer Khan smashed four consecutive sixes off the bowling of Henry Olonga to provide his side a blockbuster finish. Zaheer remained unbeaten on 32 off just 11 balls as his knock lifted India to a strong total of 283. Unfortunately, his heroics went in vain as Zimbabwe secured a one-wicket win in the chase.

Own NFTs of the incredible Zaheer Khan at Rario.

After a stunning partnership between Yuvraj Singh and Mohammad Kaif that kept the visitors alive in their chase of 326, it came down to the last over with India needing two to win and Zaheer Khan on strike. The nervousness of Indian fans increased as Zaheer played out two dot balls to start the over. But he made contact off the third delivery and sprinted for a single when an overthrow allowed him and Kaif to return for the second run that sealed a historic win for India.

Inarguably, Zaheer’s finest spell in Tests came during the critical third-innings of the Trent Bridge Test on India’s famous 2007 tour to England. Taking the fight back to India after conceding a massive 283-run first-innings lead, England were reasonably well placed at 3/287, entering the lead with their seven wickets intact. But just when the hosts looked like piling on a sizable score and put India under huge pressure in the final innings, Zaheer came to his team’s rescue and in a masterclass of high-class swing bowling, ran through the hosts’ batting.

Zaheer got the prized wickets of Andrew Strauss, Alastair Cook, Michael Vaughan, Ian Bell and Paul Collingwood, inarguably England’s finest set of batters. His spell triggered a major collapse, with England going from 3/287 to 355 all out to leave India only 73 runs to get for a historic Test win, their first in England in 21 years. Zaheer had also taken 4 for 59 in the first-innings of the Test match, helping India dismiss England for only 198.

Zaheer Khan recorded his career best figures in an innings (7/87) and a match (10/149) in the same Test against Bangladesh in 2010. His first innings spell included an instance of him taking 3 wickets in 4 balls. Zak was at his fiery best and picked up both the man of the match and series awards as India bagged an easy win.

Find NFTs of your favourite players on Rario.