Watch: Amidst no ball drama, Chahal playfully tonks on Kuldeep's head, asks him to go to the crease as he revolts no-ball call

Even as the DC camp was furious over the umpires not giving a no-ball, Chahal was hilariously seen troubling his friend Kuldeep.
By CX Writer Sat, 23 Apr 2022 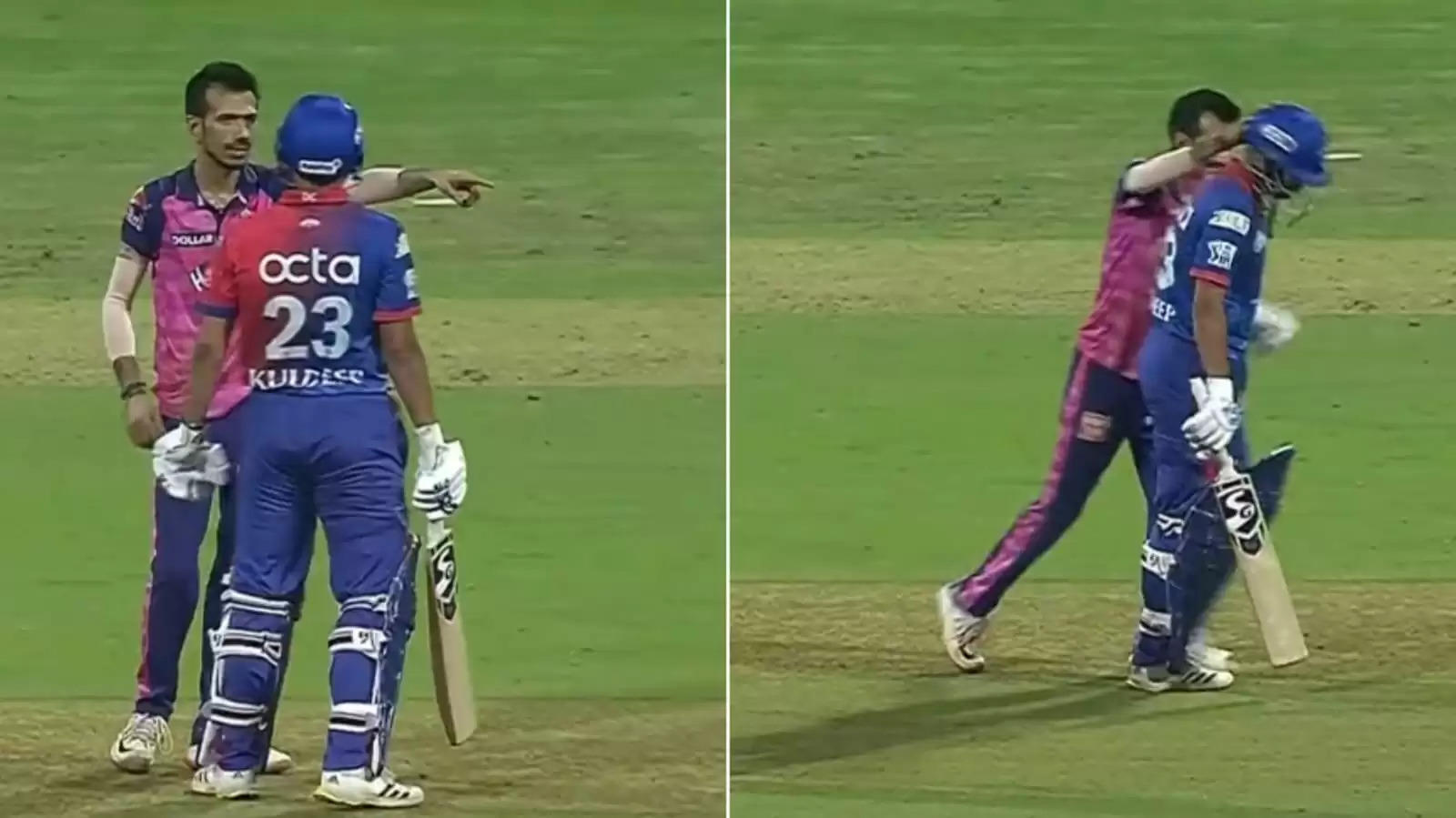 The last over of the DC vs RR encounter in IPL 2022 was filled with drama.

The 34th match of the Indian Premier League (IPL) played between Delhi Capitals and Rajasthan Royals was marred by controversy. It was yet another last over thriller this season with Rovman Powell smashing three sixes in a row with his team needing 36 runs in the final over.

However, the third six of the over also invited the controversy with the ball being over the waist and the on-field umpires not calling it a no-ball. The Delhi Capitals dugout wasn’t happy at all as the drama continued. Meanwhile, Yuzvendra Chahal was hilariously busy troubling his friend Kuldeep Yadav who was out to bat.

Chahal and Kuldeep share a good camaraderie with each other having bluffed a lot of batters together while playing for India. While a lot was happening on the field, Chahal was seen playfully tonking on Kuldeep’s head and asking him to go back to the crease.

Kuldeep also wanted some help from the dressing room and funnily Chahal was not giving him a chance to move. The video of the same has gone viral now amidst the controversy.

Here’s the video of the Chahal Kuldeep conversation

Coming back to the no-ball drama, the scenes out there weren’t good at all with the DC skipper Rishabh Pant even calling back his players. One of their coaching staff members Pravin Amre also went out on the field to speak to the umpires about the decision. However, the decision wasn’t changed and it stayed as a legal delivery.

Having said that, the replays confirmed that the ball was over the waist height and it was clearly a no-ball. After all the drama in the middle, once the action resumed, Obed McCoy managed to bowl a dot ball to end the hopes of the Capitals and Powell to do the unthinkable in the final over.

In fact, only two runs were scored off the last three balls as the Rajasthan Royals registered a 15-run win. Though the win-margin makes it look like a comfortable win, it was too close for comfort in the end for the Men in Pink.