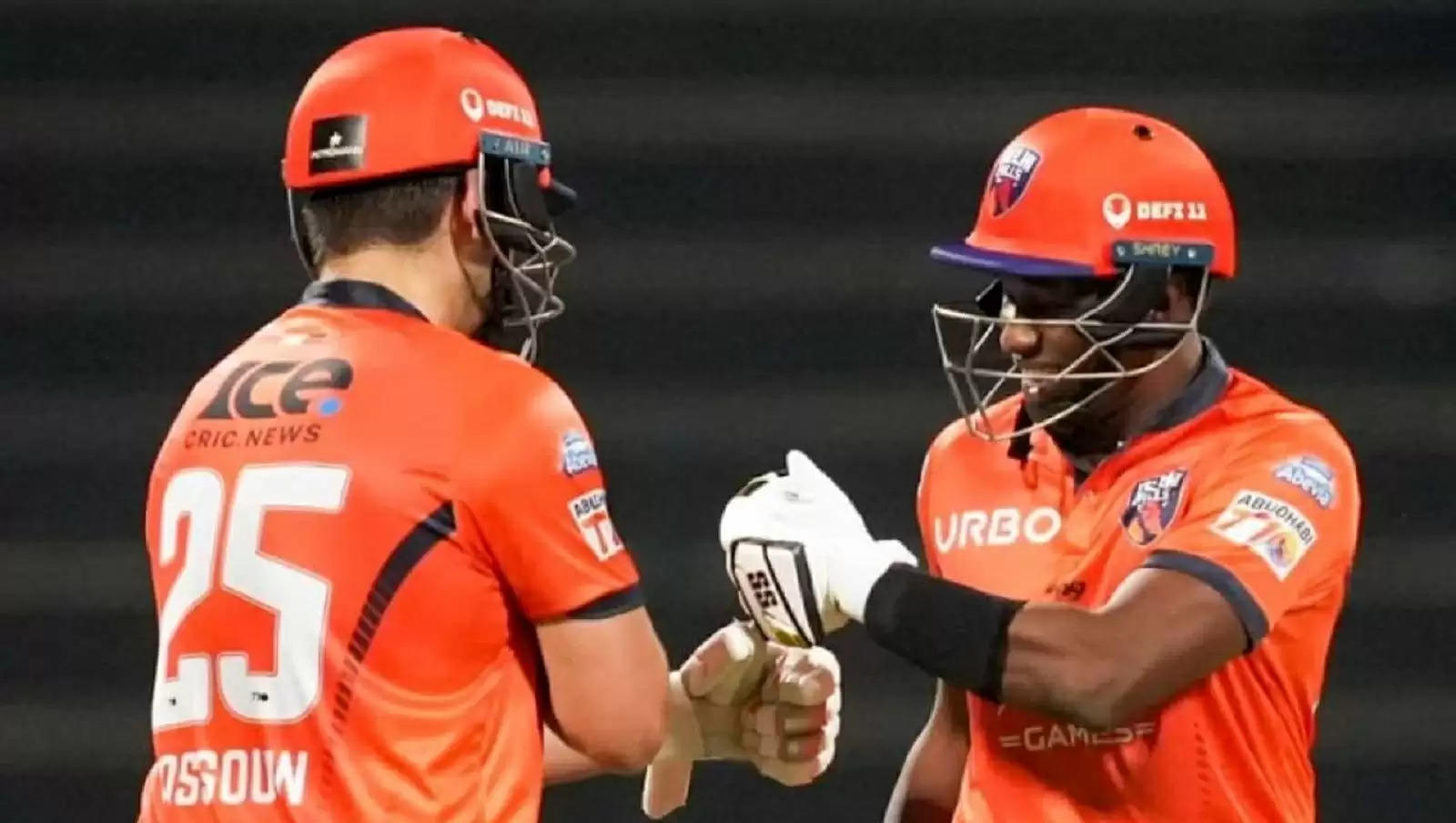 Team Abu Dhabi went down to Deccan Gladiators in their opening game.

Team Abu Dhabi will be up against the Delhi Bulls in the seventh match of the Abu Dhabi T10 League 2022 at the Sheikh Zayed Stadium on Friday, November 25, both the teams playing their respective second matches,

Team Abu Dhabi were at the receiving end of Nicholas Pooran’s blitz in their tournament opener against the Deccan Gladiators, and went down by 35 runs. The Chris Lynn led side would be keen on redeeming themselves, and would rely on their power-packed top-order, featuring their skipper, Alex Hales and James Vince.

The Bulls meanwhile, are led by Dwayne Bravo, one of the most experienced T20 cricketers, and boast in-form batters like Rilee Rossouw, Najibullah Zadran and Tim David.

Delhi Bulls are favourites for this encounter, given the form of their major batters in recent times, and a well-rounded bowling attack especially on the seam front. Team Abu Dhabi, coming from a defeat, are perhaps still seeking an ideal bowling combination that would be expected to be challenged against the likes of Banton, Rossouw, David and the rest.

Team Abu Dhabi skipper Chris Lynn is known to be one of the most destructive white-ball batters, having earned that reputation at the BBL in Australia and various other leagues. He has scored 6656 T20 runs, while striking 370 sixes from his 233 innings in the format.

Tim David was a part of Australia’s T20 World Cup 2022 setup at home, having earned his place with his consistency in the lower middle-order for various teams over the last few years. He has scored 2907 T20 runs at an impressive strike-rate of 163.13 till date.

A winner of numerous championships across the globe, Dwayne Bravo is one of the top players in the shortest format, given his impeccable death bowling skills and fine athleticism. No bowler has more wickets than Bravo in T20 cricket.