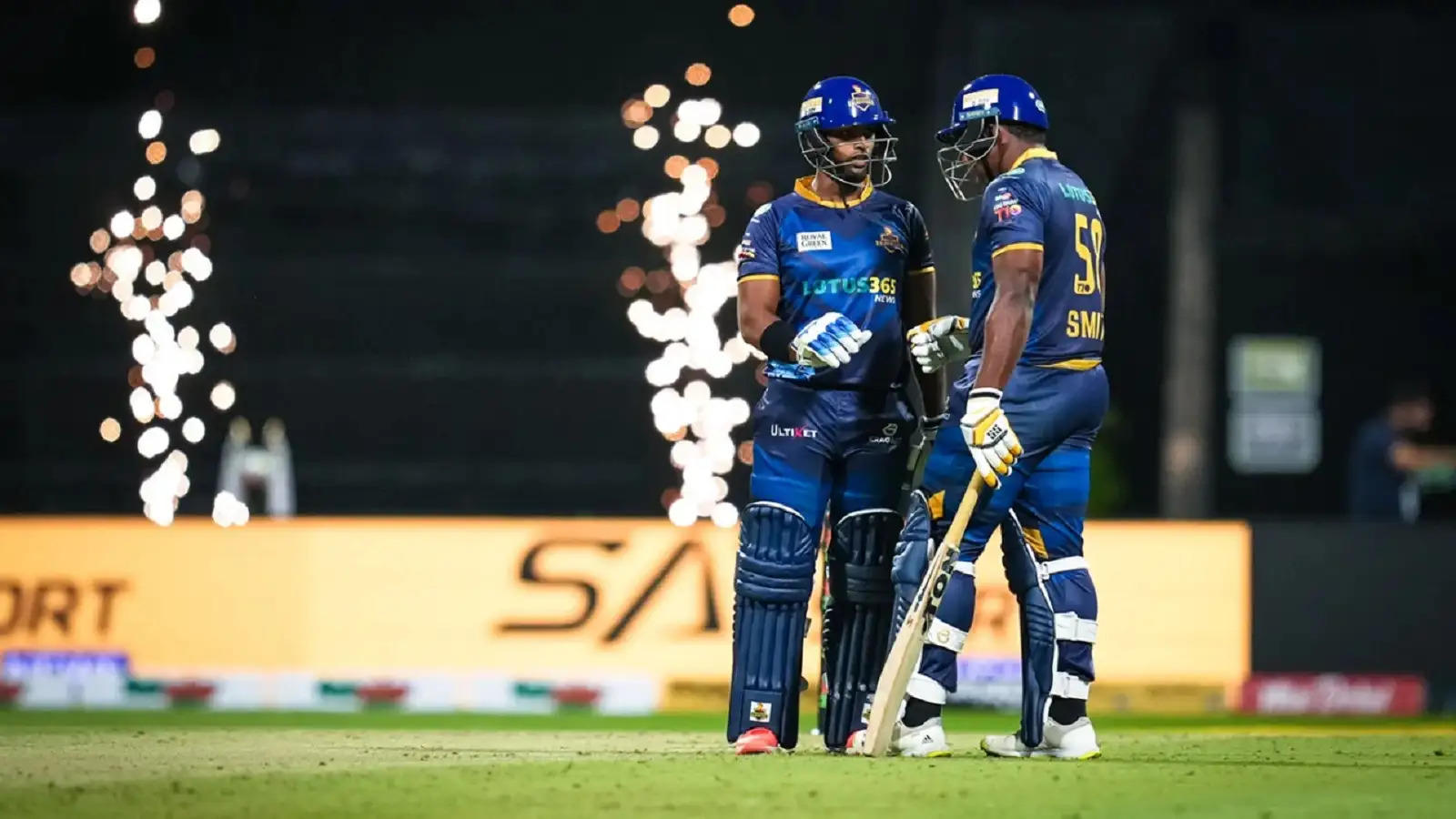 Deccan Gladiators, the Abu Dhabi T10 League 2021 champions, will take on  New York strikers in Match 9 of the ongoing 2022 edition at the Sheikh Zayed Stadium on Saturday, November 26.

The Gladiators, powered by Nicholas Pooran’s stroke-filled 77* off 33, defeated Team Abu Dhabi in their first outing, and boast star T20 players like Suresh Raina and David Wiese among others.

New York Strikers, led by former West Indies captain Kieron Pollard, went down to Bangla Tigers in the tournament opener, before redeeming themselves in a 27-run win over the The Chennai Braves.

The New York Strikers, one of the two new franchises in the competition, might just have found their rhythm with a win against The Chennai Braves, and begin favourites against Deccan Gladiators in this T10 clash on Saturday. The Strikers perhaps have more firepower in their middle-order comprising Eoin Morgan, Pollard and Romario Shepherd, as compared to the Gladiators who might be over-dependent on Pooran.

Having stepped down as the West Indies white-ball captain following the team’s disappointing T20 World Cup 2022 recently, Pooran announced himself with a sizzling 77* in the tournament opener. That’s the highest individual score in the T10 2022 thus far.

Tabraiz Shamsi dismissed Chris Lynn and conceded just four runs in the one over he bowled against Team Abu Dhabi on Wednesday. He is the sixth-ranked bowler in the ICC Men’s T20I Bowling Rankings currently.

Kieron Pollard smashed an unbeaten 45 off 19 against the Bangla Tigers in the competition opener, before managing in his next outing. A proven game-changer, Pollard has been a part of several champion teams in various global franchise-based leagues.