Sydney Thunder will be hosting Melbourne Stars in the first match of BBL 2022 on December 13 and Rario's Cricket Strategy Game on D3.Club allows you to pick and choose a three-member team to win rewards. 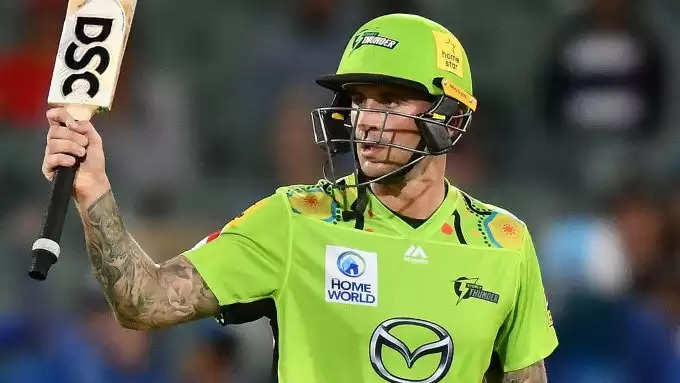 Sydney Thunder will be taking on the Melbourne Stars in the opening game of the Big Bash League (BBL) 2022-23 on Tuesday (December 13). The Thunder will be hosting the Stars at the Manuka Oval in Canberra as the BBL returns to the home and away format at the heels of the Covid-19 pandemic.

The Thunder will be hoping for a good start to the competition after finishing fourth in the league last Aussie summer, where the Stars couldn't make it past the first round after an inconsistent campaign. A triumphant kick-off to their run, thus, will be of incredible importance for them as well.

All eight BBL franchises will be facing each other twice during the league stage and top five in the standings will make a merit-based play offs round that rewards the higher-placed finishers. The tournament will move around Australia and run until the marquee final on February 4.

Farooqui gets the chance to build on his stocks with a maiden BBL stint, becoming the first Afghanistan seamer to get a chance to play Australia's premier domestic T20 league. The left-arm pacer is expected to relish this opportunity and produce the goods for the Thunder.

Alex Hales has been absolutely tremendous in the BBL over the years. The Thunder's English recruit has blasted his way to 1,857 runs in the league at a SR of 151.34, averaging 33.16. He is entering the BBL after a terrific T20 World Cup campaign for England.

Sams has been a critical allround cricketer for Melbourne Stars. The left-arm pacer delivers important overs for the side, apart from offering powerhitting capabilities in a combination that provides stability and balance to the Stars playing XI.