Pakistan will take on England in the final of the T20 World Cup 2022 at the Melbourne Cricket Ground on Sunday, November 13.
By CX Staff Writer Sun, 13 Nov 2022 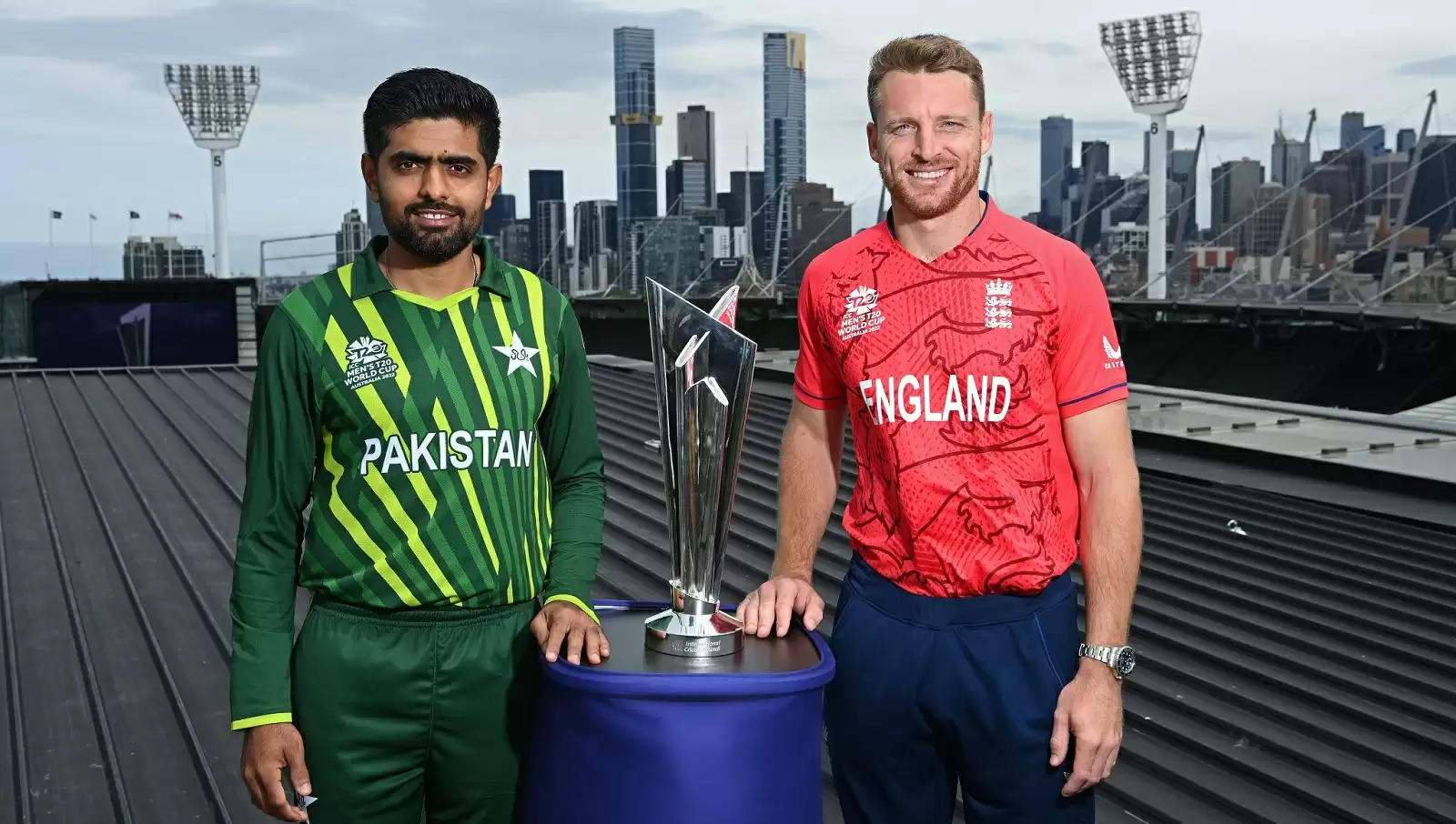 The T20 World Cup 2022 is less than a day away from crowning its champion, with Babar Azam’s Pakistan to take on Jos Buttler led England in the title clash in Melbourne on Sunday.

Pakistan defeated New Zealand by seven wickets in the first semi-final in Sydney on Wednesday, and England outclassed India at the Adelaide Oval a day later to romp into their third T20 World Cup final.

England are still worried over the availability status of Mark Wood and Dawid Malan, both of whom sustained injuries during the last Super 12s Group 1 clash against Sri Lanka in Sydney last week. Weather might well play a spoilsport, with heavy rain forecasted in Melbourne over the next two days. There is a reserve day in place for the final, should the need arise.

Babar Azam had a highly underwhelming run in the Super 12s stage of the competition, with just 39 runs from five outings at a combined strike-rate of 61.90, and was dropped off the first ball he faced in the semis. The Pakistan skipper compiled a neat fifty in a record eighth century stand with Mohammad Rizwan, and that would’ve lent him plenty of confidence ahead of the final.

Shadab Khan has perhaps been Pakistan’s most impactful player at the T20 World Cup 2022, having contributed on each front on a consistent basis. He has bagged 10 wickets at an outstanding economy of 6.59, while also having contributed crucial runs in the middle-order, including a stroke-filled fifty in a must-win game against South Africa. His supreme athleticism and fielding skills make him a complete all-round package.

Moeen Ali hasn’t quite got a genuine chance to showcase his batting prowess at the T20 World Cup. Arguably the most aesthetic of England batters, Moeen could be promoted up the order in the final to counter spinners, which he has done to great effect in the past. He can be resourceful with his off-breaks too, which have fetched him 40 T20I wickets till date.