Guyana Amazon Warriors will take on St Kitts & Nevis Patriots in Match 10 of the CPL 2022 on September 8 and Rario's Cricket Strategy Game on D3.Club allows you to pick and choose a three-member team to win rewards.
By Kashish Chadha Tue, 6 Sep 2022 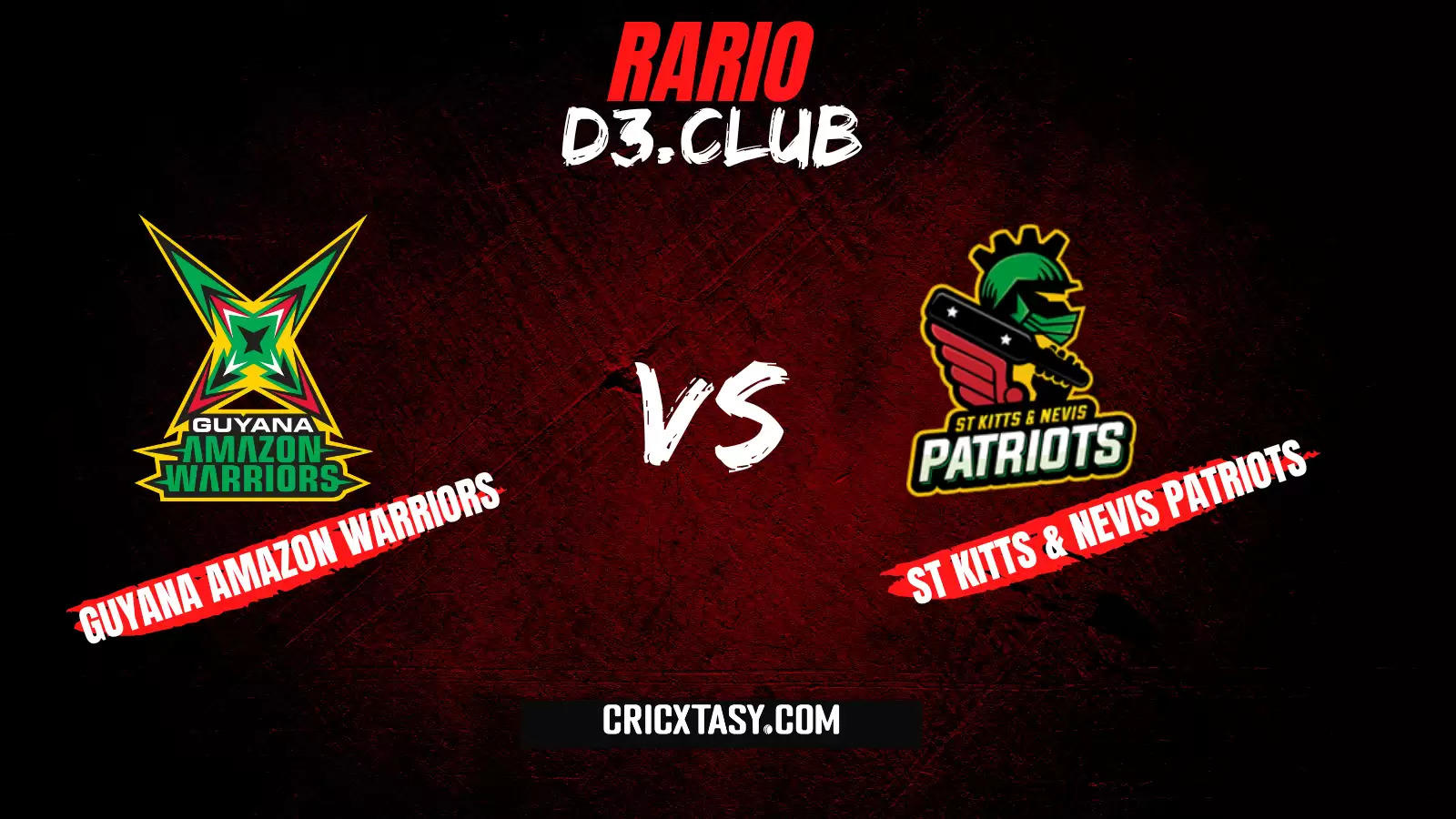 The caravan continues for the CPL 2022 with defending champions St Kitts & Nevis Patriots facing up against Guyana Amazon Warriors.

One of the highlight features of the St Lucia leg of the Caribbean Premier League (CPL) 2022 will be the match between defending champions St Kitts & Nevis Patriots and Guyana Amazon Warriors on Thursday (September 8).

The fixture will be played at the famous Darren Sammy National Cricket Stadium in Gros Islet, with last year's winners set for an intensive battle versus the five-time runners-up in the Island nation of St Lucia.

Led by experienced West Indies allrounder Dwayne Bravo, the Patriots will be aiming for a victory over the Shimron Hetmyer-led Warriors.

Which Player Cards Can Bring Best Results on Rario's D3.Club for CPL 2022 Match 10?

Fletcher was the stand-out performer for SKNP in their last completed fixture against the Barbados Royals. The explosive wicketkeeper-batter smashed his way to 81 off 55 deliveries, including 11 fours and 1 six to help Patriots reach a fighting score of 149/8 in a rain-marred 17-overs per side game. Hetmyer may have struggled to put the ball off the square in the Warriors' last match defeat against Jamaica Tallawahs. But the left-hander remains a dangerous prospect for the opposition with bat in hand, capable of taking down any bowler on his day. The Patriots will be wary of Hetmyer has up his sleeves against them. The legend of Imran Tahir continues to grow. The 43-year-old veteran wristspinner was excellent with his control and precision in Guyana's last match of the CPL. Defending an insignificant score against the Tallawahs, Tahir bowled an exceptional spell of 1/22 off his 4 overs. The spinner has an excellent record in the CPL, with his 61 scalps coming at 5.94 runs an over. Fellow South African wristspinner Tabraiz Shamsi would also be pleased with his effort in the game against the Tallawahs. Shamsi, like Tahir, came with a restrictive spell of 1/24, showcasing strong control against the rampaging opposition batters. He may not have gotten amongst the wickets but had an encouraging outing ahead of the rest of the tournament. Patriots' middle-order batter Rutherford could muster only 9 off 7 balls in the last match. The batter would be disappointed by his performance in the innings against the Royals. But he retains a dangerous outlook about him for the next match versus the Warriors. The young powerhitter has a CPL strike-rate of 128.97 with 632 runs over 32 innings.