Kandy Falcons will take on Jaffna Kings in the sixth match of the Lanka Premier League 2022 in Pallekele on Saturday, December 10.
By CX Staff Writer Wed, 7 Dec 2022 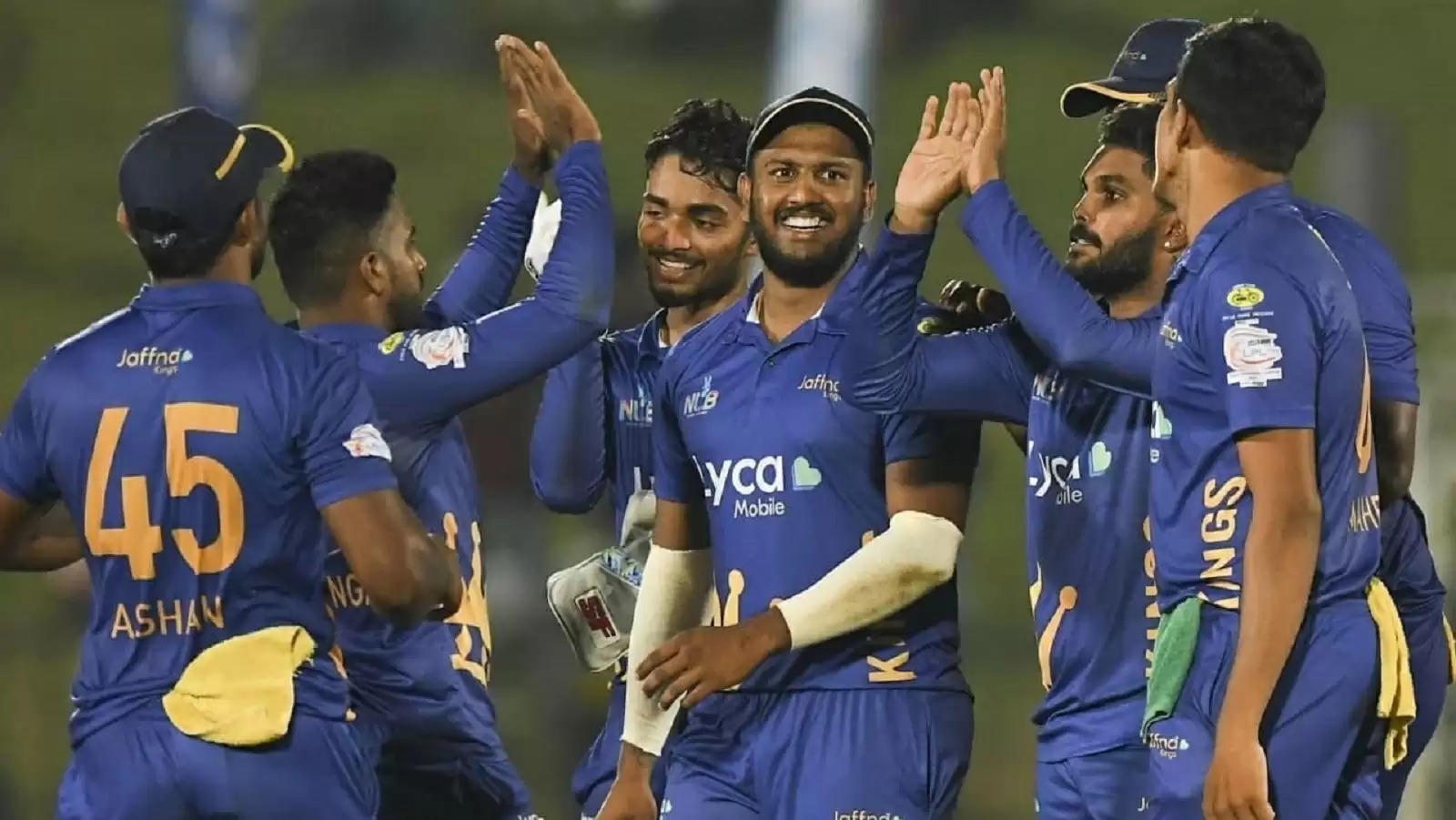 Jaffna Kings won the first two editions of the LPL.

Jaffna Kings, the team to have won the first two Lanka Premier League titles, will be up against the Kandy Falcons in the sixth match of the ongoing 2022 edition at the Pallekele International Cricket Stadium on Saturday, December 10.

Falcons and Kings occupy the top-two position in the points table currently, having won each of their first two games respectively. The Kings, led by T20 World Cup 2014 winner Thisara Perera, defeated Galle Gladiators by 24 runs in the tournament opener, and later stormed past Dambulla Aura by nine wickets.

The Falcons, meanwhile, registered a thumping 109-run win over the Colombo Stars, before outplaying the Gladiators in a five-wicket win.

Carlos Brathwaite, “the name remembered”, for his belligerent ball-striking, has been in a fine form with the ball too, having bagged a match-winning 4/14 from four overs in his most recent outings against the Gladiators. He has aggregated 2,268 runs and has bagged 223 wickets in T20 cricket till date.

Wanindu Hasaranga, one of the most sought after cricketers in various T20 leagues has already made a mark in LPL 2022, and is currently the joint-highest wicket-taker with five scalps in two outings. Apart from his mystery spin, he can also be resourceful with the bat lower down the order.

Maheesh Theekshana has risen through the ranks with supreme accuracy and consistency with his mystery bowling in recent times. Theekshana, a key member in Sri Lanka’s Asia Cup 2022 triumph earlier this year, has bagged 93 T20 wickets while maintaining an economy of 6.3 till date.