Prediction for LKN vs BLR Dream11 Contest - Playing XI, Injury Updates, Pitch Report and Weather report for the clash between Lucknow Super Giants and Royal Challengers Bangalore in Match 31 of the IPL 2022 season. 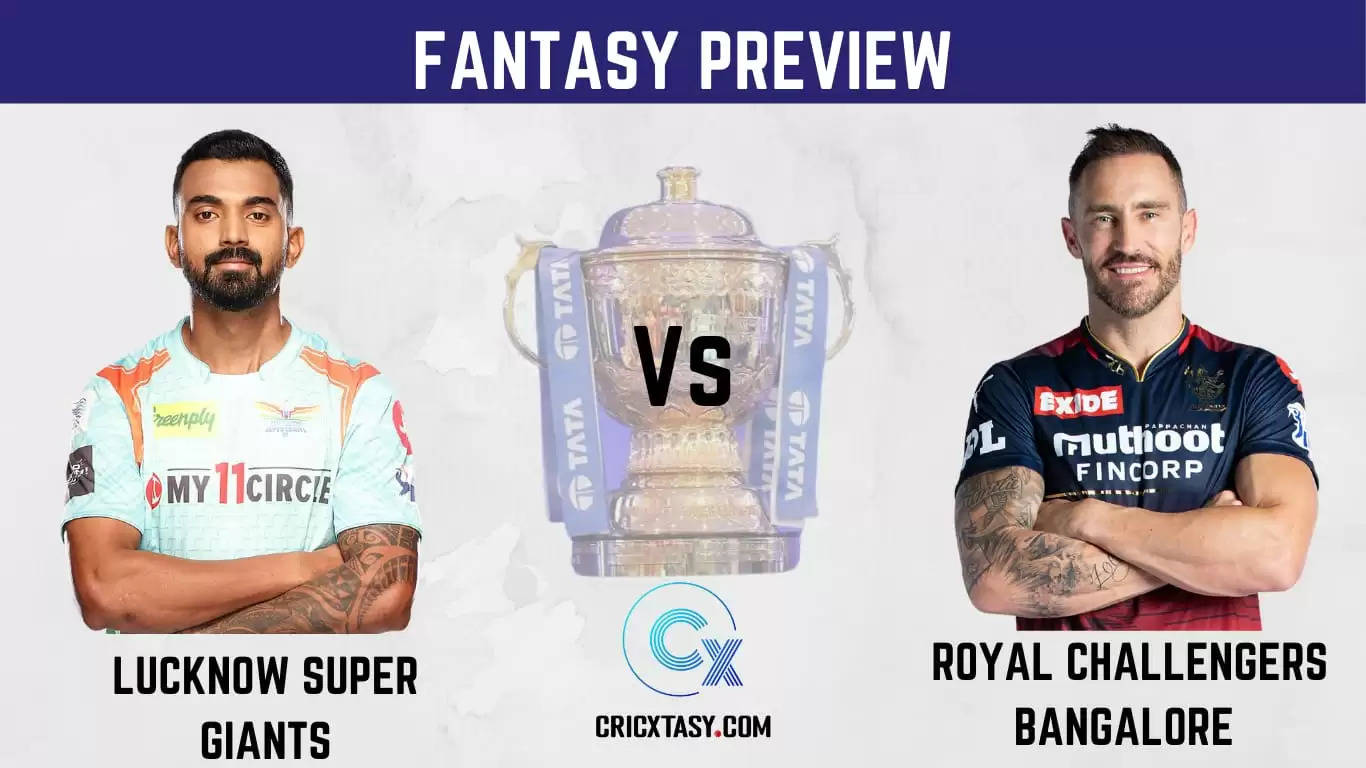 Lucknow Super Giants are in the 2nd position with 4 wins and 2 defeats in 6 matches. They defeated the Mumbai Indians by 18 runs in their last game. They have been excellent in the batting department with KL Rahul, Quinton de Kock performing really well at the top and now Marcus Stoinis has been consistent in the middle-order. Ayush Badoni and Deepak Hooda have been in great form as well.

Their bowlers have been very consistent as well with Avesh Khan picking wickets in every match. Ravi Bishnoi has done well as their lead spinner. Jason Holder has been very consistent and Dushmantha Chameera has been expensive but has bowled well when the team has required him to. Overall, Lucknow is one of the most well-balanced sides in the tournament and are in excellent form.

Watch: Virat Kohli almost swings bat in frustration at stumps after being bowled in RCB nets

Royal Challengers Bangalore too are in form and playing some good cricket at the moment. They are at the 3rd position with 4 wins in 6 matches. Top order’s failure is a big concern for them but the middle-order has taken them over the line in almost every match. Dinesh Karthik has been phenomenal in every match. Shahbaz Ahmed too has been very consistent in the middle-overs while there hasn’t been much support from the others with the bat. Faf is failing while Virat Kohli has looked good but he got run-out in two games. RCB needs their batters to take responsibility.

Their bowling has been good. Harshal Patel is their lead pacer and he picks wickets and stops the flow of runs whenever the team requires. Mohamamd Siraj too bowled well in the last game and picked 2 wickets. Wanindu Hasaranga has been very consistent while Josh Hazlewood has been their best bowler in the last two games. They have a complete bowling attack and will expect them to do well in this game.

Match Venue, Date and Time for LKN vs BLR Dream11

It will be another belter of a pitch and the batters will enjoy their time on the crease here. The average first innings score at this venue is 174 runs which shows that it’s an excellent venue for batting. There will be a little movement for the pacers with the new ball and the ball will turn as well as the game progresses. Chasing sides have won 5 out of 9 matches and teams will look to chase after winning the toss.

Both teams are evenly matched and it’s going to be an even contest between the two sides. But looking at team balance and batters' form, Lucknow Super Giants will be the favorites to win this game. 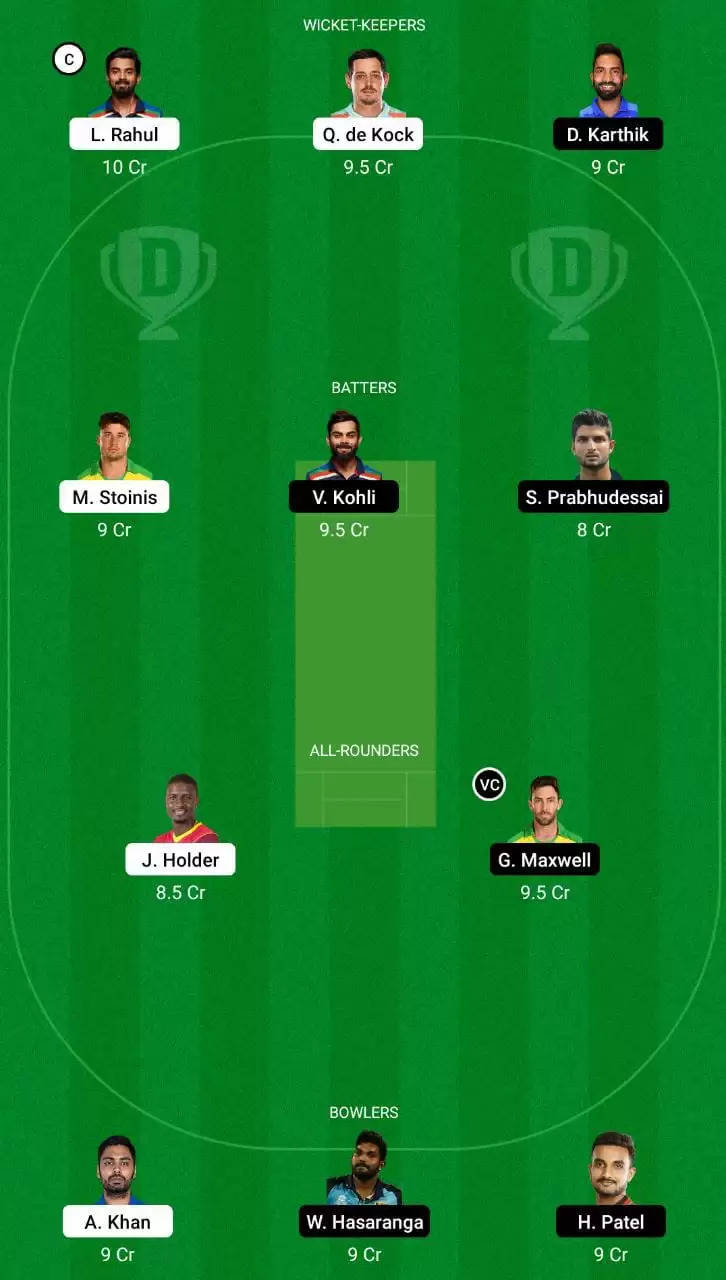 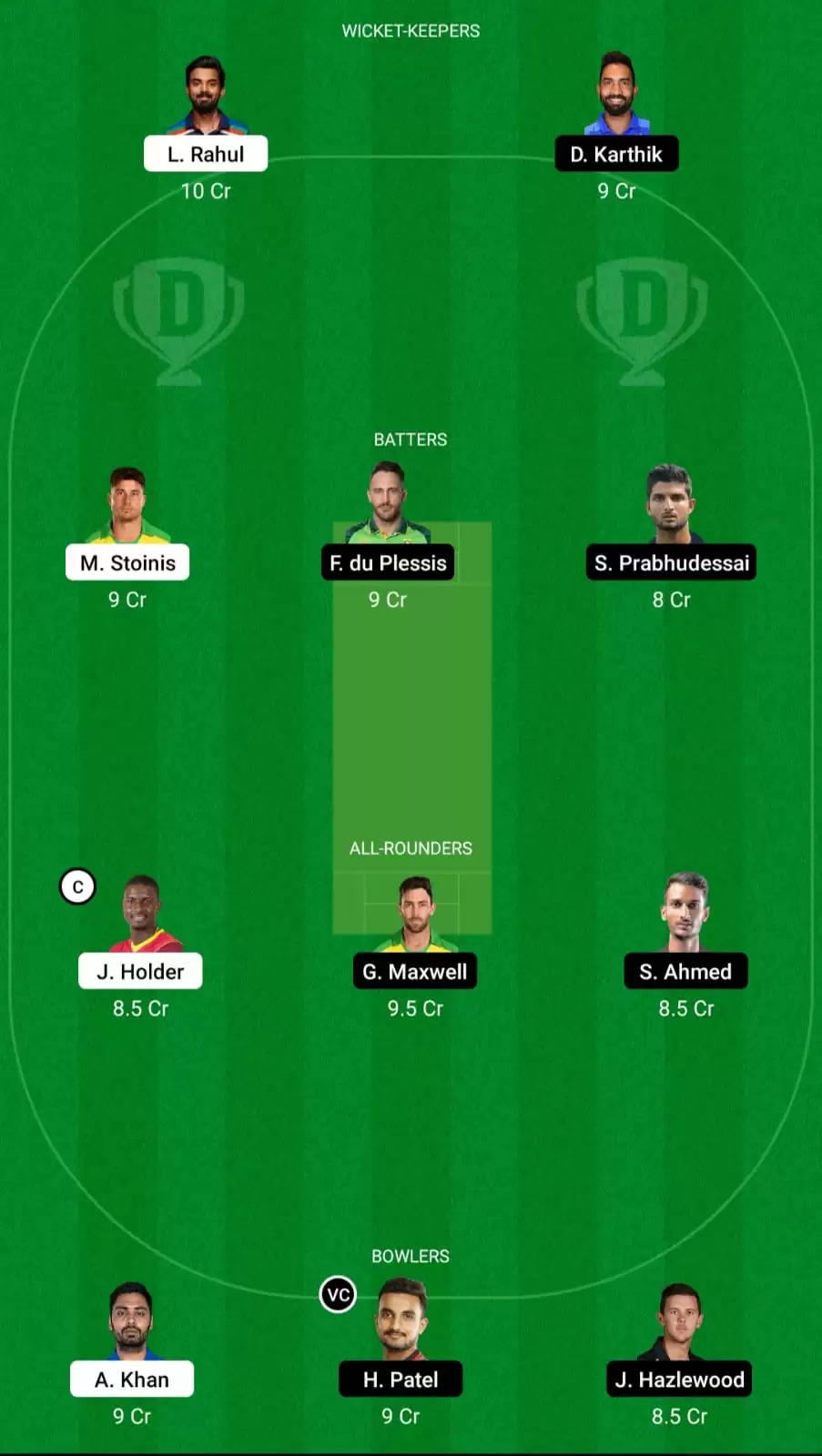 Which Contests to Join for LKN vs BLR Dream11 Match