FairBreak Invitational T20 is organised by gender-equality operational firm FairBreak in Dubai from May 4 to 15.
By Kashish Chadha Wed, 4 May 2022 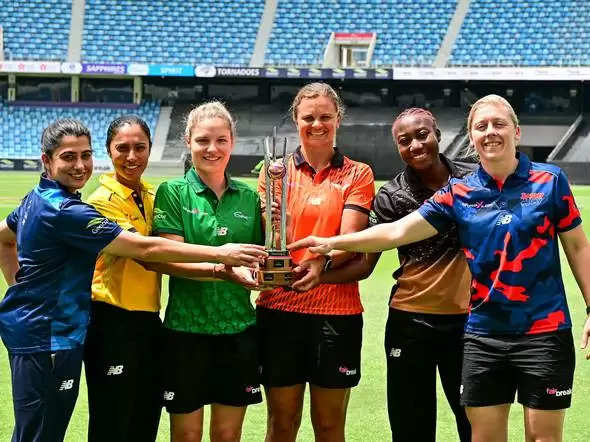 FairBreak Invitational T20 features prominent women's T20 stars from as many as 36 countries.

The world of cricket is about to witness the first-of-its-kind privately funded FairBreak Invitational T20 tournament which can be followed live. Sanctioned by the International Cricket Council (ICC), the competition is organised by private investors FairBreak and is being held in conjunction with Cricket Hong Kong.

The tournament will be played in people's favourite T20 format and will be contested by six teams, featuring the world's prominent women cricketers. The inaugural edition of the event is a brainchild of Fairbreak, which is a gender-equality operational firm, with the intention to further raise the profile of the women's game.

The tournament design sees six teams - Warriors, Barmy Army, Tornadoes, Spirit, Falcons and South Coast Sapphires - take on each other in a single round-robin league stage, before the top 4 makes the cut for the semifinals. Apart from the final, there will also a third-fourth playoff held in the next round.

A total of 19 games will be played from May 4 to May 15 in a short and sharp window for the competition, much in line with the widely popular T20 format that has allowed the women's game to catch the imagination of fans and take a stronger footing in the market. Initially due to be played in Hong Kong, the competition will be held in Dubai now.

Watch: Shubman Gill upset at Sandeep Sharma after run out

Prominent women's T20 stars from 36 countries, including those from associate countries, will take part in the FairBreak Invitational T20. 40 cricketers from the major full-members and 50 from the leading associates will rub shoulders with each other. Notable, no Indian player will be taking part in the competition due to a contentious lack of NOC provided by the BCCI as the FairBreak Invitational T20 coincides with India's own senior domestic T20 competition.

No drafts or auctions were held ahead of the event. The squads were finalised by the organisers.

The tournament will be live streamed on digital app Fancode in India. Viewers outside India can enjoy the live television broadcast on Eurosport.