The usually calm Shubman Gill lost his cool for a moment against pacer Sandeep Sharma.
By Kashish Chadha Tue, 3 May 2022 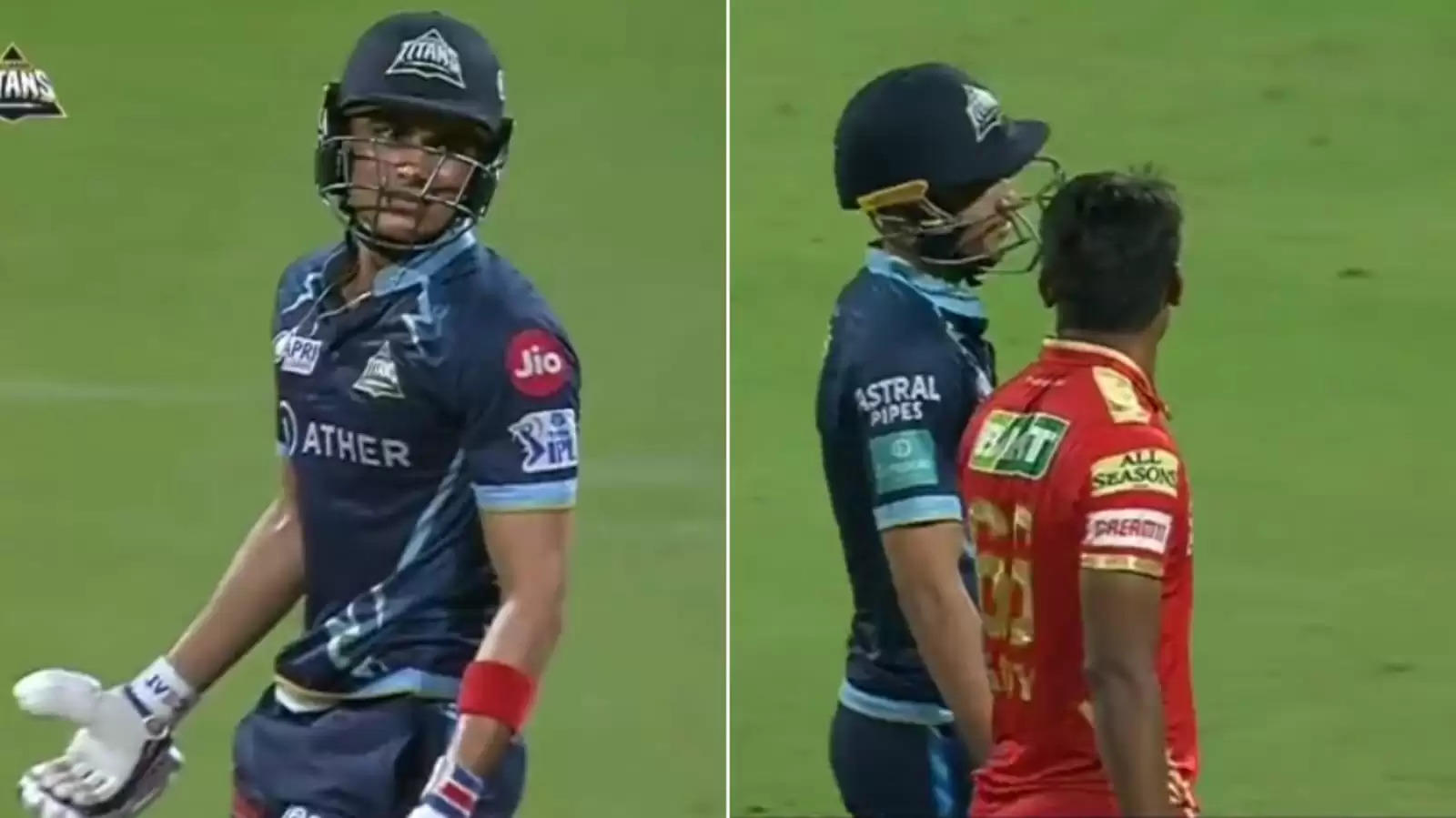 The follow through of the bowler forced Shubman Gill to make a late adjustment in his single.

Shubman Gill was seen visibly upset with his Punjab teammate Sandeep Sharma for standing in his way on an attempted single as he got run-out in an IPL 2022 league-stage game on Tuesday (May 3).

The Gujarat Titans (GT) opening batter tapped a delivery from Sharma on the look out for a single but was found well short of his ground at the other end by a direct throw from Punjab Kings (PBKS) fielder Rishi Dhawan.

Moments later, Gill was seen annoyed with Sharma, frustrated over the seamer's position on the follow-through as the batter claimed he had come in his way while he went for the single.

While Shubman Gill had to avoid Sharma and make a late adjustment, Dhawan made a pinpoint throw at the stumps and forced the right-hander to make a long walk.

Facing Sharma, his Punjab teammate, for the start of the third over in Titans' first-innings, Shubman Gill made a frontfoot defensive push to the right of the close-in fielder on the offside.

Gill immediately started sprinting towards the other end but was found well short of the mark by Dhawan, who quickly got around the ball and unfurled a fantastic direct hit.

Disappointed by the run-out, the batter momentarily took out his frustration at Sharma, thinking the bowler had come in his way to deny him the attempted single.

What Shubman Gill perhaps didn't realise was that Sharma was always running in a straight line after his follow through and had made no change to his original position to deliberately deny the Titans opener a single or make it tough for him to get one.

The pacer only looked in Dhawan's direction while the fielder went to collect the ball and made his throw. Thus, even as his position forced Gill to make an adjustment, the bowler never intentionally tried to play halt to the opposing batter's single with his body.

Even the commentators called out Gill for misplacing his disappointment at Sharma as the bowler never made a deliberate attempt to deny him a straight sprint for his run.