KKR had to delete a video clip of Rinku Singh being made to teach English by team's skipper Shreyas Iyer.
By Kashish Chadha Tue, 3 May 2022 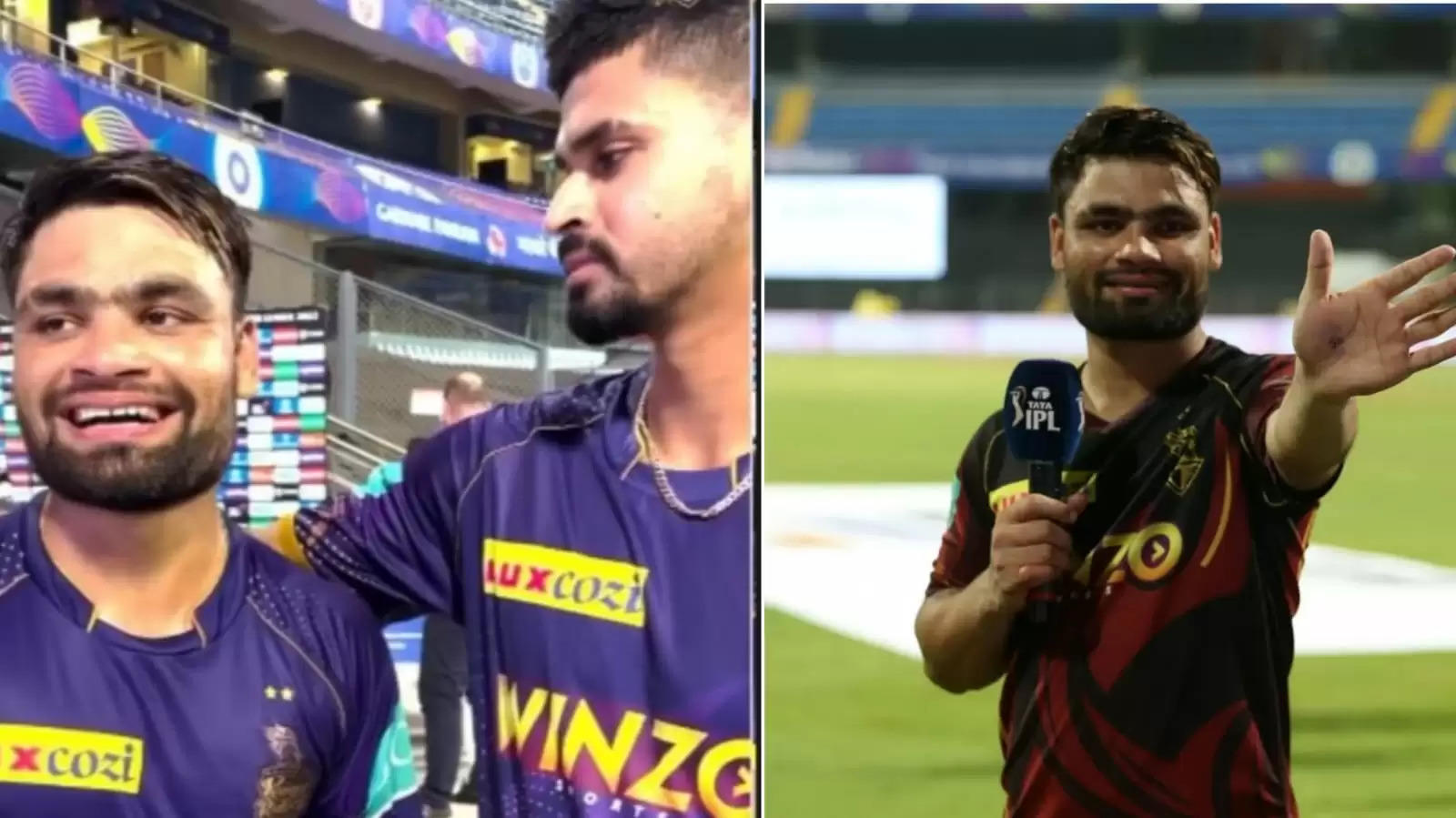 In the clip, KKR skipper Shreyas Iyer was seen asking Rinku Singh to learn English to get better at his future interviews.

An attempted jibe at Rinku Singh's grasp over a foreign language attracted criticism for Kolkata Knight Riders (KKR), who were forced to delete a clip where captain Shreyas Iyer is seen to be advising his middle-order batter to learn English.

The clip was posted over Twitter on Tuesday (May 3) afternoon, with Iyer asking Singh to respond to his questions in English, telling him to learn the language so that he is well verse to go through his future interviews with fellow players and commentators in IPL 2022.

While the clip was intended to be funny, fans lashed out at the franchise and its social media admin for indirectly having a go at Rinku Singh for not knowing a language he is not comfortable with.

Before it was deleted, the clip had Singh on multiple instances telling Iyer he is not comfortable with English while the KKR captain told him to practise and get himself ready for his future interviews in the language.

Notably, after winning the 'Player of the Match' award for his performance in KKR's win on Monday (May 2) against the Rajasthan Royals (RR), Singh had his entire interview with famous commentator Harsha Bhogle done in Hindi.

Historically, commentators have either adjusted to the language that the player is comfortable speaking in or have used a mediator for their interview purposes. But in the clip that KKR later deleted, Iyer was clearly seen telling Rinku Singh to learn English so that he is ready for his future interviews while the cricketer shied away, telling him not to go with it.

“Over there (presentation ceremony), they are going to ask you anything. So you need some confidence, man. In future you need some English. You have to keep on improving now. Because you are gonna be a key player for KKR in future," Iyer told Singh.

Singh responded, "I…confidence only in batting, no interview! (laughs). I am going to batting..with Nitish Rana (laughs). So he is tell me.. calm calm, finish the game (asks Shreyas to stop.)"

While Iyer and KKR franchise had intended the activity to be funny to engage with their fans over Twitter, the reaction was directly opposite, as many felt they had indirectly disrespected Rinku Singh and his command over a foreign language.

KKR later deleted the video in response to all the comments and quotes from the fans, who felt disappointed seeing an experienced franchise and their social media admin getting it horribly wrong.