Rinku Singh: Felt I'd be Player of the Match, wrote down 50 on my hand

Rinku Singh stamped his authority for KKR with a critical 42 not out in their win against RR in IPL 2022.
By Kashish Chadha Tue, 3 May 2022 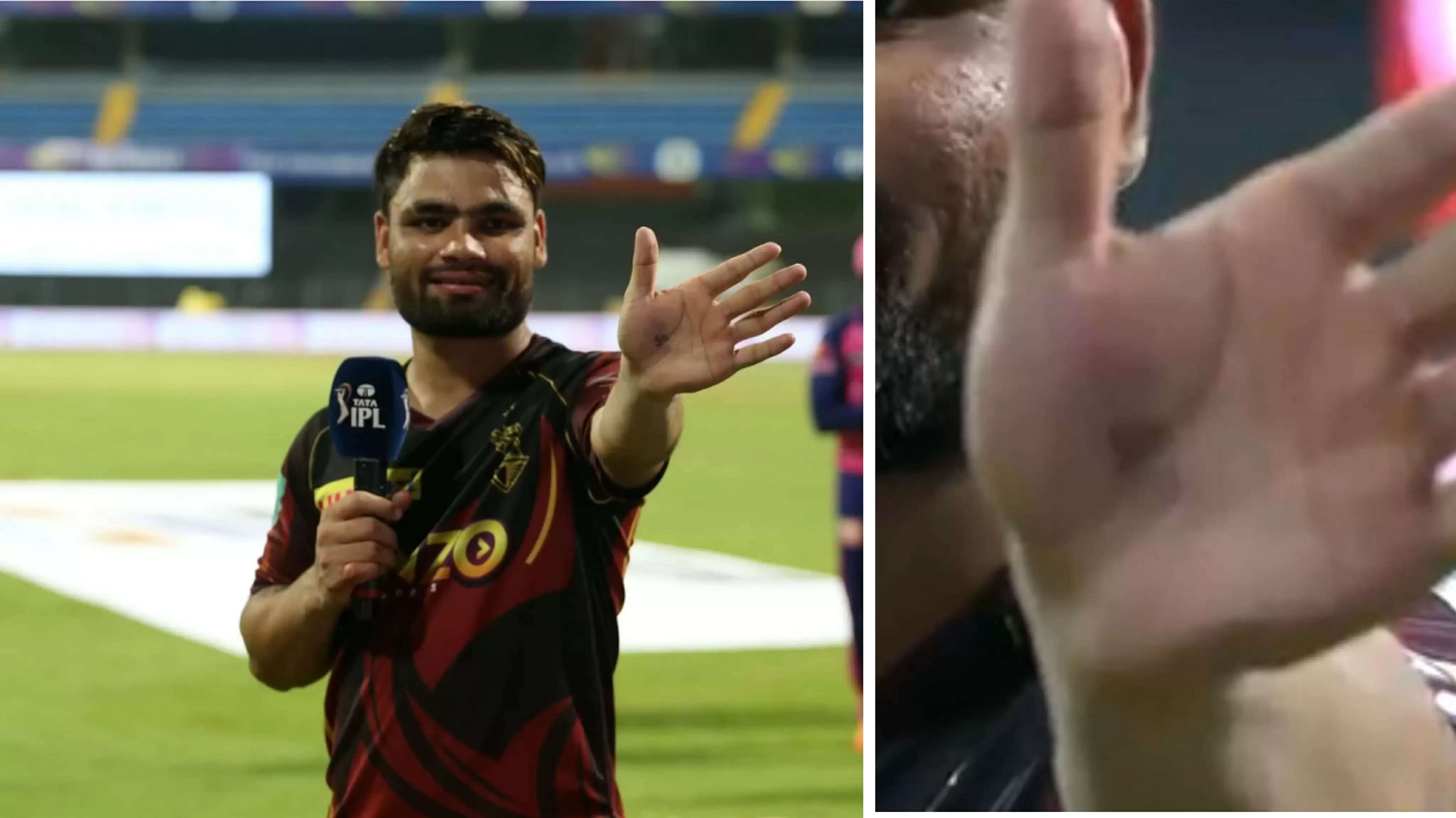 Rinku Singh prophesied a 'Player of the Match' award for himself heading into KKR's IPL 2022 game versus RR.

Playing only his 13th game in five years for Kolkata Knight Riders (KKR), uncapped Indian batter Rinku Singh went a long way in ensuring a regular place for himself on Monday (May 2) night's IPL 2022 league stage encounter against the Rajasthan Royals (RR).

Walking into bat at No.5 with KKR placed 92/3 in quest to try and overhaul RR's 152/5 at the Wankhede Stadium in Mumbai, Singh produced a critical knock of 42 not out off 23 deliveries, featuring 6 fours and 1 six. The left-hander stitched a vital fourth-wicket stand with Nitish Rana and helped KKR pull off a much-needed victory.

Not long after KKR's seven-wicket triumph on a testing surface in Mumbai, the 24-year-old received the 'Player of the Match' trophy, his first in IPL cricket and one that renowned commentator Harsha Bhogle felt would put Rinku Singh's place of birth Aligarh on the cricketing map.

But do you know, all of this was prophesied by the cricketer himself? Yes, Singh revealed from the moment he came to know he is playing, he envisioned becoming the 'Player of the Match' for the night and marked "50" runs on his left hand as a means to remember his goal.

Speaking with Rana in an interview for IPLT20.com, Rinku Singh spoke of how he visualised his day and gave himself a target to fulfil for the night. While he didn't make the half-century which he had desired, Singh went on to play his most significant innings in a KKR shirt, taking the game away from the Royals and keeping his team's playoff hopes alive.

"From the morning I felt I'll be the 'Player of the Match' today," said the young cricketer from the underrepresented city of Aligarh in Uttar Pradesh. "So I wrote down 50 runs on my hand (as a goal to fulfil for the game)."

Singh also stressed on how he dealt with the frustration of being a regularly benched player for KKR. Despite working hard in the nets and performing consistently at the domestic level, the left-hander played only one match for the two-time champions in the last two editions of the IPL.

"I had been waiting for my opportunity for a long time. I've been with the side for the last five years, got to play only a game here and there, then in between I also got dropped. But I kept working hard and kept persisting with my game in hope to make my elusive opportunity count."

KKR bought Rinku Singh back at the mega auction for IPL 2022 with a sum of INR 55 lakhs after his strong performances in the Syed Mushtaq Ali T20. Playing for UP this winter, Singh smashed his 187 runs at an impressive strike-rate of 146.09, hitting 10 fours and 11 sixes in just five innings. Singh has an overall career T20 strike-rate of 138.05 with 1,081 runs to his name.